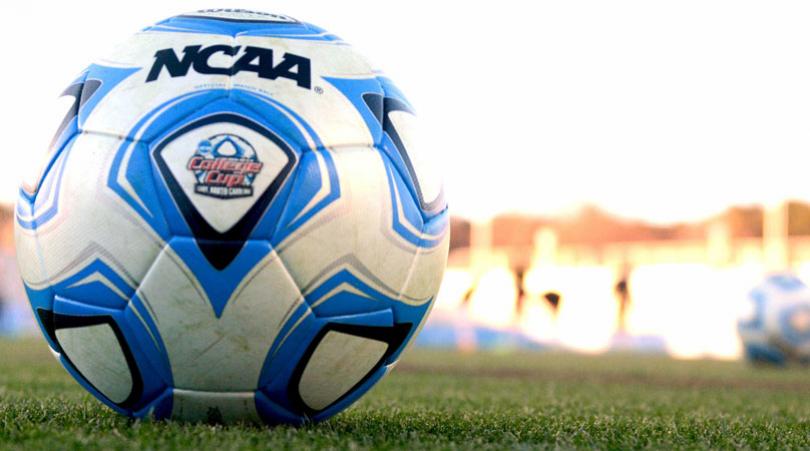 On Friday the journey to Orlando, site of the 2017 College Cup, begins. This season, top teams welcome back members of last year’s U.S. U-20 squad, and perhaps one of the most intriguing elements of the 2017 season will be how teams incorporate those returning players as well as members of a talented freshman class into the fold. After all, building a starting XI is more akin to balancing a chemical equation than simple arithmetic. What looks great on paper may take time and tinkering to work on the field.

As we countdown to kickoff, here’s a look at some of the squads with a good chance of playing in Orlando come December.

The 2015 NCAA champions were inexplicably left of the United Soccer Coaches (formerly National Soccer Coaches Association of America, or NSCAA) preseason poll last week. Yes, the Nittany Lions suffered an early exit in the 2016 tournament at the hands of Virginia, but the team welcomes back five members of last year’s U-20 World Cup roster in goalkeeper Rose Chandler,  defenders Maddy Elliston, Ellie Jean and Kaleigh Riehl and midfielder Emily Ogle. The Nittany Lions allowed 20 goals last season, which isn’t terrible but is almost double the amount they allowed in all of 2015. Certainly welcoming back three high-level defenders, including Riehl, who may be the best center back in the nation following Kadeisha Buchanan’s graduation, should help lower the goals against average.

On the offensive side of the ball, Penn State will look to senior Franny Crouse, the team’s only double-digit goal scorer a year ago, to carry the load. The tenacious, gritty forward has tallied at least 10 times in each of her three seasons in State College. Look for freshman Frankie Tagaliaferri to impact the Nittany Lions offensive production as well.

How many teams could lose any many key players as the Blue Devils did last year and make it to the quarterfinals of the NCAA tournament? The answer is not many. Even after losing Christina Gibbons, the most decorated player in Duke history, and the dynamic Toni Payne to graduation, the Blue Devils should be in the thick of things again this season. Back from injury is Canadian Rebecca Quinn, who was forced to redshirt last year after a foot injury. Also, back are Taylor Racioppi and Kayla McCoy, who as freshman factored heavily in Blue Devils’ goal-scoring before suffering season-ending injuries last year. If Duke can stay healthy, which is unfortunately a recurring question, they should be in the mix as well come tournament time.

The Cardinal entered the NCAA tournament as favorites, but their 2016 run was upended after Andi Sullivan, one of the biggest stars in the college game, suffered an ACL injury during extra time in the team’s second round upset. Unsatisfied with how last year ended, Stanford will enter 2017 motivated to ensure this season ends differently. In addition to an already talented roster, the Cardinal brings in one of the most talented recruiting classes this season. Look out for Civana Kuhlmann, who’s already shown her goal-scoring prowess in the youth national team system.

It’s hard not to be high on the Bruins’ prospects after Jessie Fleming’s superb debut a season ago, albeit on a less than full season basis due to her time with Canada at the 2016 Olympics. This year she’s actually been able to participate in preseason, and there should be fewer interruptions with her national team duties.  In addition to Fleming, the Bruins return nine starters from last year’s team. UCLA welcomes another stellar recruiting class despite losing Mallory Pugh to professional ambitions, including Ashley Sanchez, a dynamic attacker that’s already been called up to the full USWNT. Sanchez and Fleming will difficult for even a well-seasoned backline to handle.

Last year Florida State failed to make the College Cup for the first time in half a decade. Conversely, the last time the College Cup was held in the state of Florida, the Seminoles hoisted the trophy. This season, the perennial contenders will look to get back to their College Cup participating ways. Admittedly, replacing defensive anchor Kirsten Crowley is no small task, but the Seminoles should still have the pieces in place to make a run. Long known for their defensive prowess, the most interesting aspect of the Seminoles roster is the triumvirate of attacking talent head coach Mark Krikorian has at his disposal at midfield in Megan Connolly, Deyna Castellanos, and former wunderkind Gloria Villalobos. It will be interesting to see how Krikorian integrates these exciting, albeit differing, attacking midfielders. It’s possible it will work better on paper than it ever does on the field, but if Krikorian, who has found success with talents from all over the globe, can put it together, the Seminoles will a dangerous foe to face.