Carli Lloyd has been shortlisted for what would be her 3rd straight FIFA Women’s Player award. (USA Today Images)

USWNT and Houston Dash forward Carli Lloyd has been shortlisted for the Best FIFA Women’s Player 2017, an honor she has taken down each of the last two years. Also included among the 10 nominees is Sky Blue FC and Australian striker Sam Kerr. Deyna Castellanos, Venezuela’s rising U-20 star currently set to embark on her sophomore year at Florida State. Lieke Martens and Vivianne Miedema from recently crowned European champions Netherlands are in the final group of 10.

Sarina Wiegman and Nils Nielsen, whose Netherlands and Denmark sides competed in the EURO final two weeks ago, are on the shortlist for Women’s Coach. USWNT coach Jill Ellis was not nominated nor were any NWSL coaches.

Three finalists for each award will be announced in mid-September with the awards ceremony to take place in January.

Lloyd has only one goal for the United States in the window to be considered—November 20, 2016 through August 6, 2017. She has a single goal for the Dash in 7 appearances and is currently out with a sprained ankle. Lloyd’s crowning achievement of the year was scoring at Wembley Stadium during Manchester City’s FA Cup triumph over Birmigham City. During her short stint at Man City she also helped the club reach the semifinals of the UEFA Champions League for the first time.

Sam Kerr has been brilliants for club and country in 2017. (Getty Images)

Kerr has emerged as one of the most dangerous players in the world. She has 11 goals for Sky Blue including a famous hat trick that saw the club turn a 2-0 deficit in the 78th minute into a 3-2 victory. Later in the summer, Kerr scored a first half hat trick against Brazil in the Tournament of Nations and added a goal against Japan.

Other nominees in the player category are:

Lucy Bronze – the England and Manchester City star is considered by many to be the best fullback on the planet.

Deyna Castellanos – teenage wunderkind scored five goals at the U-17 World Cup (played before the opening of the stated window) including a 94th minute game-winner against Cameroon who had just drawn level in the 93rd.

Pernille Harder – Danish scoring machine helped her country reach the EURP finals after making a club move to Wolfsburg and taking down a Bundesliga trophy.

Lieke Martens – Followed up strong season at Rosengard by being named Player of the Tournaent at the EUROs. She’ll be at Barcelona this fall.

Vivianne Miedema – followed up another successful season at Bayern Munich by being an integral part of Netherlands’ dream run to the Europran crown. Now off to Arsenal.

Wendie Renard – Anchored defenses for Lyon and France guiding the former to the treble and the latter to win the SheBelieves Cup, kickstarted by her late game-winning header against England. 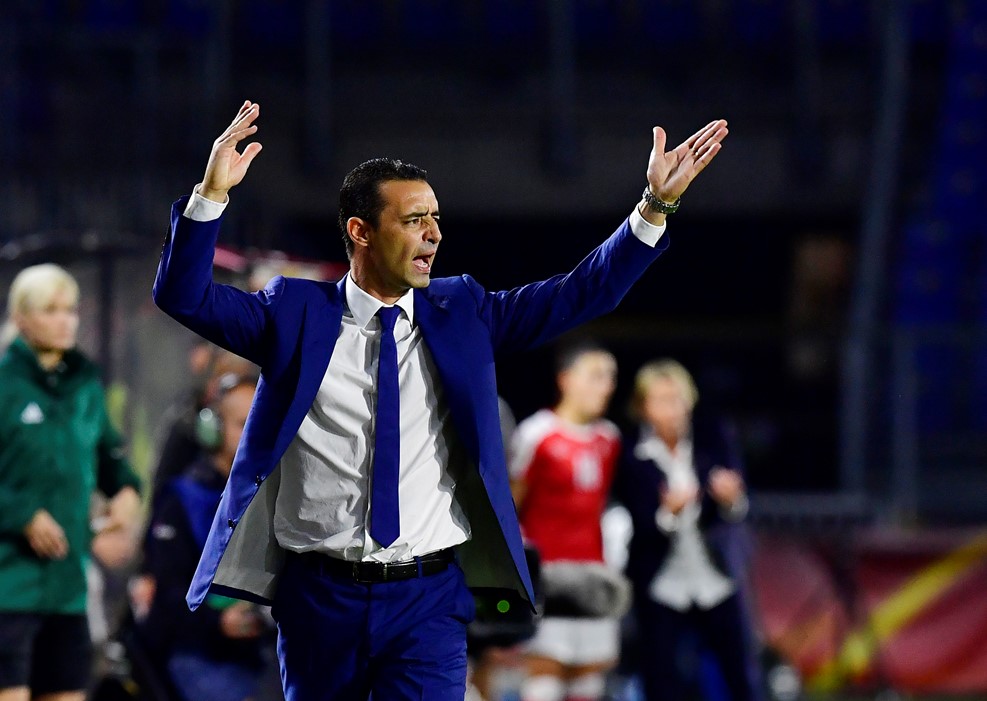 Olivier Echouafni’s win in the SheBelieves Cup was enough to get him on the shortlist for FIFA Women’s Coach of the Year.

On the coaching side, Paul Riley and Mark Parsons were left out despite winning the two NWSL trophies on offer and having their clubs near the top of the table in 2017. Joining Wiegman and Nielsen are joined among the nominees by Dominik Thalhammer who coached Austrria to the semifinals where they lost on penalties to Denmark.

Other national team coaches on the shortlist are: Olivier Echouafni, whose first major tournament for France saw his side thump the USWNT to win SheBelieves but they flamed out in the EURO quarters; Florence Omagbemi, coach of Nigeria’s African Women’s Cup of Nations (also played outside the window.); and Hwang Yong-Bong of North Korea’s senior and U-20 sides.