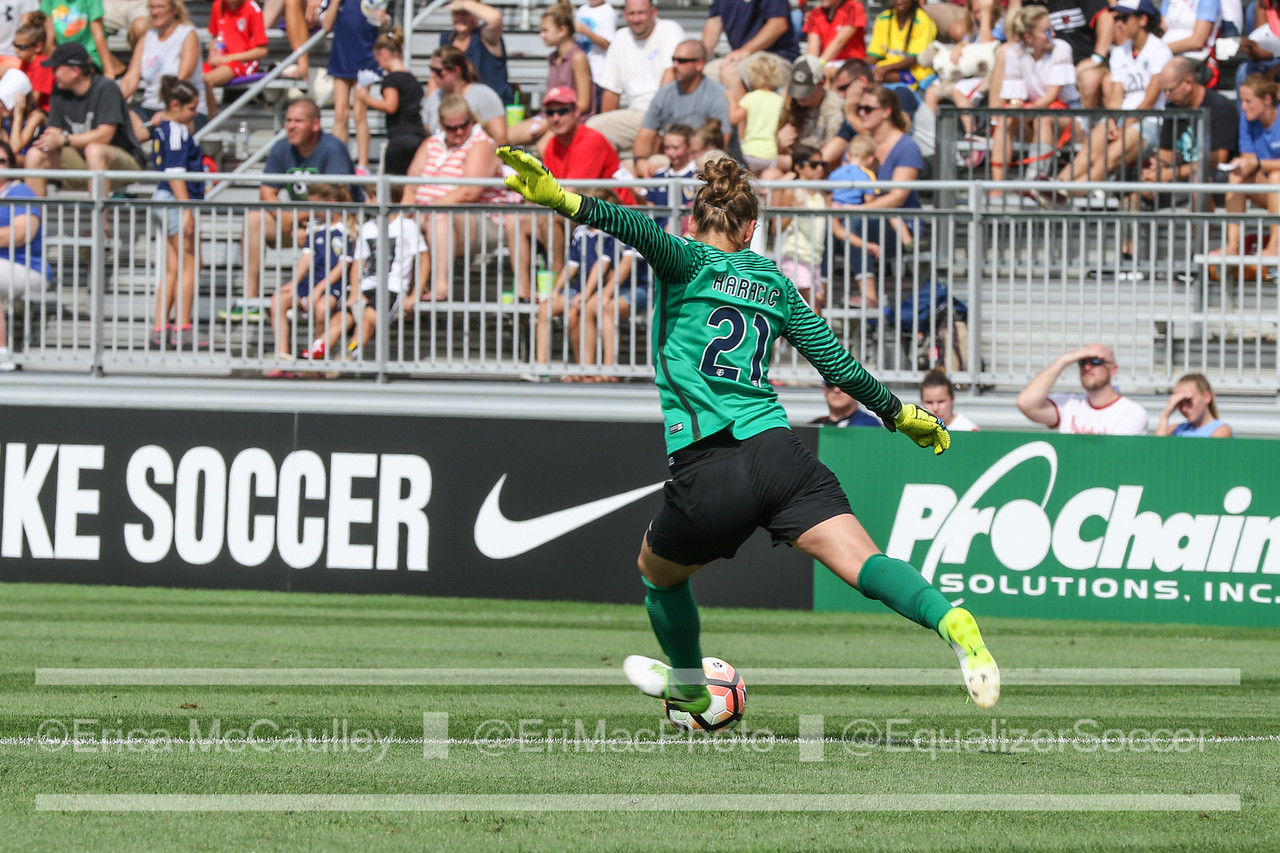 DiDi Haracic once played for D.C. United Women. On Sunday she made her second NWSL appearance and first for the Washington Spirit. (photo copyright EriMac Photo for The Equalizer)

The Washington Spirit twice grabbed a lead Saturday and each time the Boston Breakers responded through Adriana Leon. Here’s a look at some of the discussion points for the 2-2 draw.

Familiar Refrain for the Spirit

On the day the Spirit were the better team. They generated the same number of shots on target as Boston did total. If not for Abby Smith’s heroics in goal, with a couple assists from the crossbar, Washington would have emerged with three points. Perhaps the most frustrating part of Saturday’s contest for the home side is that the team fell into an old pattern. After securing a lead twice, Washington was unable to keep it.

“I think that we’ve been playing really well. We’re just not getting the results,”  Spirit defender Estelle Johnson said about the mood of the team. “So (there’s) a lot of frustration, but I think as a team we do an amazing job of just staying positive because at this point it’s not lack of effort. It’s not lack of skill. It’s just not happening for us. So this year has definitely been building character for a lot of us, including myself – have never been on a losing team like this before.”

At this juncture, it’s almost certainly too late for the Spirit to turn the season around, but it will be interesting to see if the team can somehow break the vicious cycle they find themselves in. Grabbing some result before the season’s end could help build positive momentum before the offseason. That’s something Washington needs after last year’s disastrous offseason.

Running Out of Options

There’s a lot of talk about the league’s spartan 20-player roster limit. Undoubtedly, it impacts games and coaches’ decisions in ways fans and sometimes media alike are probably not fully aware. After Saturday’s match, Boston Breakers head coach Matt Beard talked bluntly and openly about his woes in trying to patch together a workable backline.

“Chappy (Allysha Chapman) probably shouldn’t have played, but she got through training yesterday and the day before,” Beard commented on his team’s back four.  “She’s sore and we’ll probably lose her now for a week, but what I didn’t want to do is start Frisbie and maybe one of them have to come off the bench and then have to use another sub on a sub, so the decision was purely to see how Julie (King) and Chappy got on.”

It’s unfortunate albeit unsurprising on some level to see such decisions being made in regards to players’ health. While no matter the roster size, these types of decisions would likely happen at some juncture. Hearing comments like these really reinforces how sorely roster expansion is needed.

When I first starting making my regular treks to the SoccerPlex to cover women’s soccer, Didi Haracic was the one most often in goal for the home team, then D.C. United Women. Five years and seemingly countless games later, Haracic made her first start as a member of the Washington Spirit. Fittingly, that start was at home although head coach Jim Gabarra thought about putting Haracic in the mid-week match in Orlando.

Between those starts for D.C. United Women and Saturday’s appearance (she also started one match for the Flash in 2014), Haracic put in a lot of work, the kind of work that oft goes overlooked. Serving as a reserve keeper and an emergency keeper, it been a long journey to this point. It was a nice moment to see work paid off and the journey in some respects come full circle.