Also in today’s Roundup, the Breakers waive Emilie Haavi, the Pride part ways with goalkeeper replacement Caroline Stanley, and Duke-UNC will be streamed on ESPN3 on Friday night. 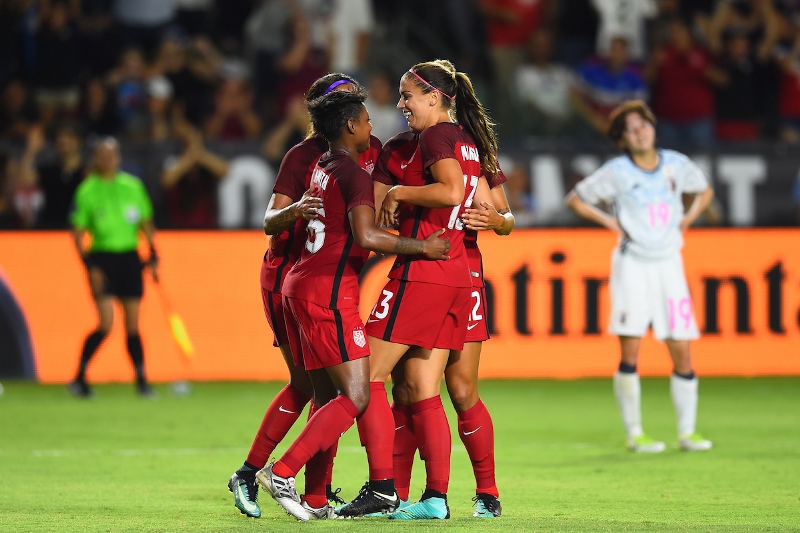 On Monday U.S. Soccer announced New Orleans and Cary as the host cities and South Korea as the opponent for the October FIFA window immediately following the 2017 NWSL Championship. The friendlies will be October 19 at the Super Dome in New Orleans and October 22 at Sahlen’s Stadium in Cary, North Carolina.

“To play a highly technical and organized team like South Korea will give us more quality matches in 2017,” U.S. head coach Jill Ellis said in a U.S. Soccer release. “They are consistently pushing the top teams in Asia and these games, right at the end of the NWSL season, will be a great window to get the team back together before our final FIFA dates in November.”

The last time the U.S. played South Korea, and their last time playing at the Super Dome, are both memorable. In 2015, a scoreless draw against the Koreans at Red Bull Arena was the team’s final match before the World Cup and the performance set off red flags among the fan base. It took half the World Cup to assuage those concerns before the U.S. prevailed to win their third world championship.

During the Victory Tour later that year, the team’s 104-match home unbeaten streak unraveled in a 1-0 loss to China at the Superdome. The match was the last of Abby Wambach’s career, and her teammates spent as much time trying to get her a goal than they did breaking down China.

The USWNT also has friendly matches scheduled against New Zealand on September 15 (Commerce City, CO) and 19 (Cincinnati) and against Canada on November 9 (Vancouver) and 12 (TBD site in the United States.)

The team most recently took second place behind Australia in the inaugural Tournament of Nations. They are also awaiting word on the extent of the ankle injury suffered by Carli Lloyd on Sunday while playing for the Houston Dash. A Dash spokesperson told The Equalizer Monday that there were no updates on her condition.

I'm down and out now but I'll be standing tall again. Just don't count us @HoustonDash out. We need to keep going and find a way. 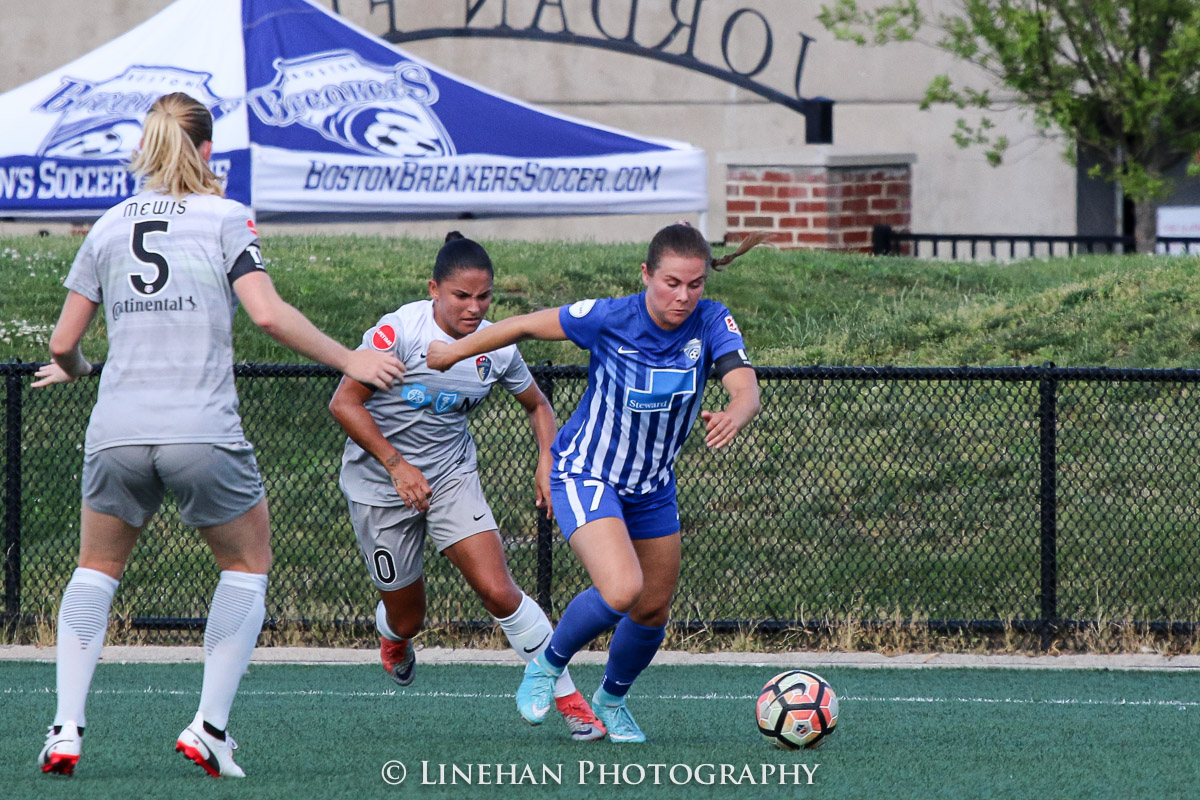 Emilie Haavi was excited to play for Matt Beard in Boston, but she never adjusted to life in the United States. (photo copyright Linehan Photography for The Equalizer)

Citing difficulty adjusting to life in the United States, the Breakers agreed to waive Norwegian striker Emilie Haavi. She played 458 minutes over 7 appearances with the club and did not get her name on a scoresheet.

“Emilie has struggled to adjust to life in America and was homesick. As much as we wanted her to stay, we mutually agreed it was best for her to return home to Norway,” Breakers coach Matt Beard said. “She will be missed, and I would like to wish her well for the future.”

Haavi’s tenure in Boston got off to a rough start when she broke her jaw in preseason. She returned to Norway for recovery and did not make her Breakers’ debut until May 27. Haavi played in two matches at the EUROs which ended in spectacular failure for Norway.

In Orlando the Pride have officially parted ways with Caroline Stanley, who had been a goalkeeper replacement since May. Stanley was originally brought on to back up Ashlyn Harris after Aubrey Bledsoe suffered a concussion. In Stanley’s first game in a Pride uniform, May 21, Harris suffered an injury and Stanley came in to a scoreless match, eventually giving up a single goal in a 1-1 draw in Seattle. Bledsoe returned the following week and Stanley remained the backup while Harris recovered.

Harris returned last weekend and had a clean sheet against Sky Blue.

Duke-UNC opener to be streamed on ESPN3

The NCAA season kicks off this weekend and ACC fans can watch Duke and North Carolina streamed live on ESPN3. The information was part of an announcement by Duke about their entire fall athletic schedule. ACC events covered by the second-year ACC Network will also be available via ESPN3.