From the Swamp to DC, Florida alums embrace starring roles with Spirit 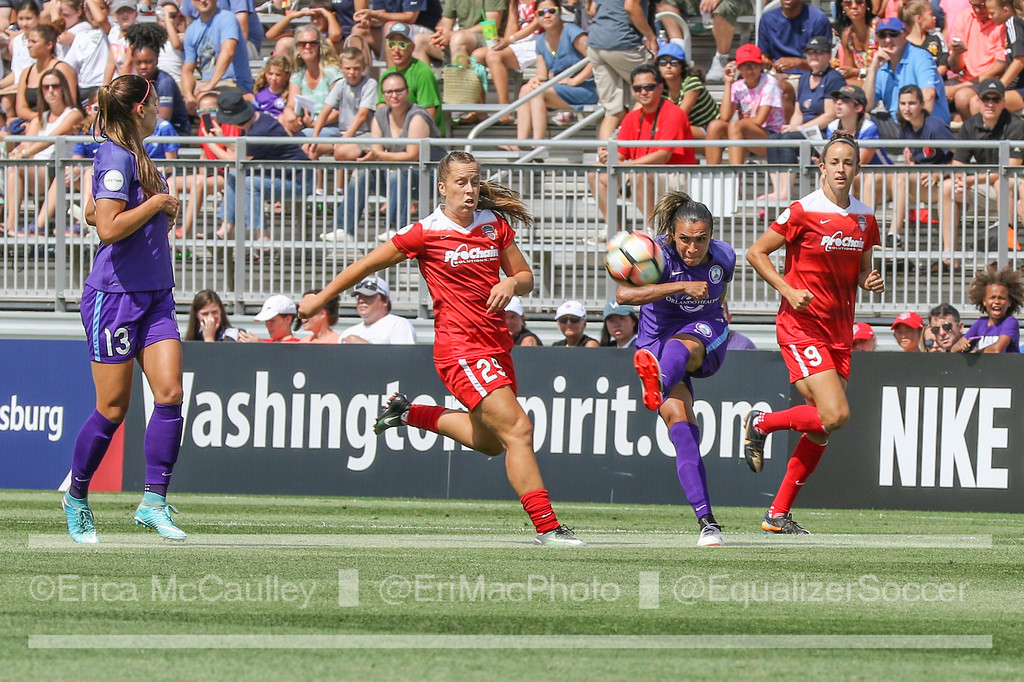 Meggie Dougherty Howard (29) and Havana Solaun (9) on the field together for the Washington Spirit. (photo copyright EriMac Photo for The Equalizer)

While the conditions in the nation’s capital so far this season haven’t been conducive to generating many positive results on the field, they have been conducive for two Florida Gator alums to shine. More than halfway through the 2017 season, Havana Solaun, who leads the team in goals and total points, and Meggie Dougherty Howard, a rookie, who has started 12 out of 15 games so far this season, have been two of the biggest bright spots for the Washington Spirit.

Although they both previously donned the Gator blue and orange, the Florida natives’ journeys to the Washington Spirit have been markedly different, much like the roles they play on the field. Dougherty Howard took a rather direct route to the Spirit, while her fellow Gator alum Solaun took a more circuitous one.

“Looking back on it now, we were fortunate to get Meggie as late as we did because, in all fairness, I can’t believe that she’s not in the talks for rookie of the year,” Washington Spirit head coach Jim Gabarra said last month about his rookie midfielder. “I mean, coming in the middle in the park for a team without Tori (Huster) for many games and she’s just kind of quietly, unassumingly done a tremendous job.”

Once thought to be the part of the roster with the most depth for the Spirit, injuries to stalwarts Joanna Lohman and Tori Huster early on thinned the Spirit midfield ranks. Enter Dougherty Howard, who stepped up almost seamlessly, winning balls and helping to set tempo and dictate play.

“I just tried to make the most of it,” Dougherty Howard said of the unfortunate circumstances that led to her increased playing time. ”I try and make good decisions on the ball and pick up anything I could from the other players and from Tori and Jo even though they weren’t playing, any type of advice or guidance they have, and just really try to a be performer what this team needed from me and just execute my role.” 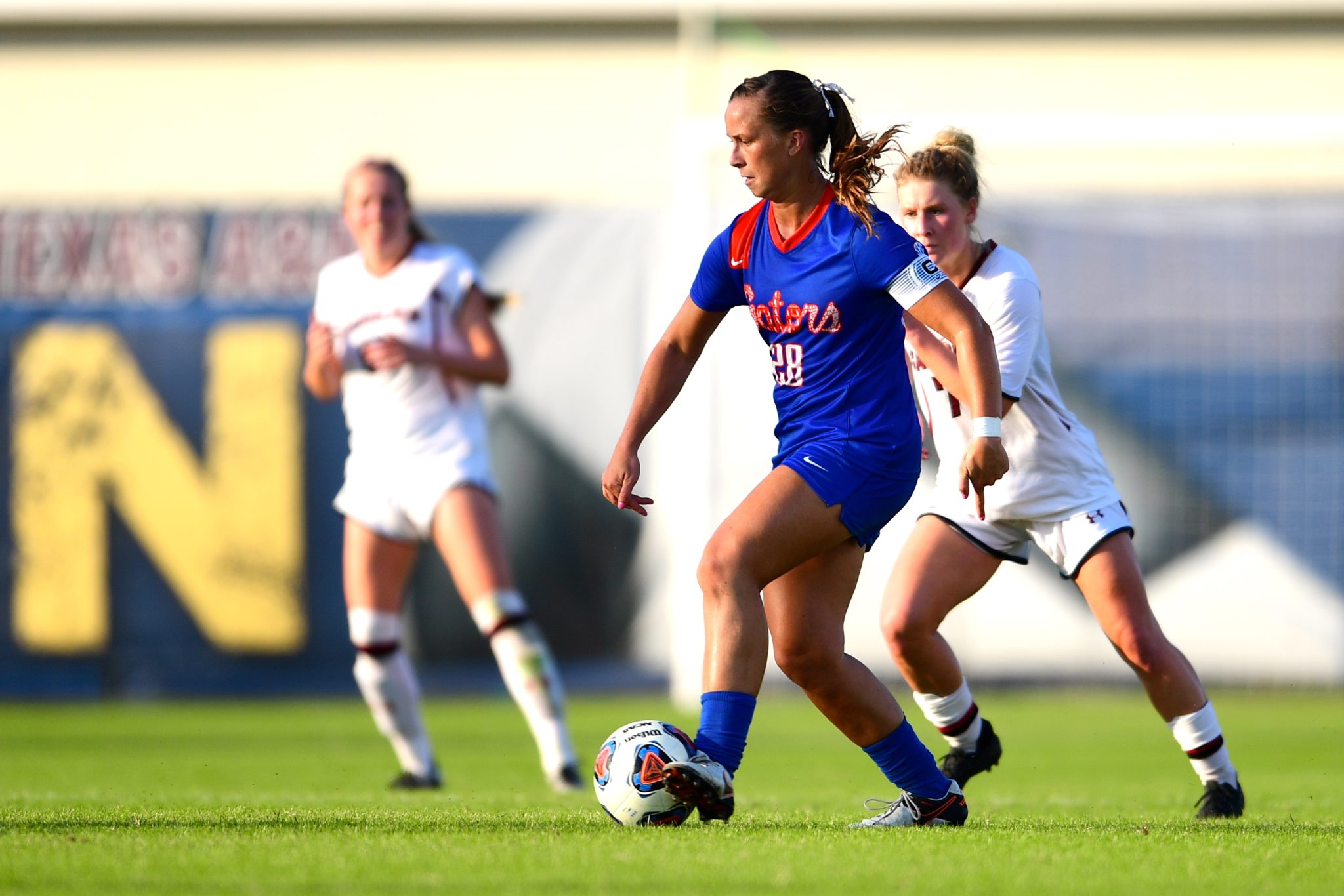 While Gabarra admits he was lucky to snag Dougherty Howard as late as he did, he’s not surprised at how well she’s performed. Although she’s a newly minted professional, Dougherty Howard had ties to the Spirit well before draft day. Looking to take the next step in her development and become a more well-rounded midfielder, she spent the summers before her junior and senior seasons training with the Spirit professional team while playing with the club’s reserve squad.

“I knew what we were getting with Meggie,” Gabarra said. “She had been here for a couple of years and honestly, I could say this is what I expected of her. I fully expected her to have that mentality to step in and fill a starting role for our club.”

Dougherty Howard’s contributions on the field aren’t limited to the defensive side of the ball either. Last Friday, the rookie’s offensive efforts got her on the scoresheet for the first time. She tallied against Sky Blue, slotting a ball far post beyond the reach of the keeper.  Later in that match, she also drew a penalty that was taken by her former Florida teammate.

While her offensive contributions were easily noticeable in the game against Sky Blue, to fully understand the impact she has going forward, it’s necessary to peel back the movements that crescendo into a goal.

Becky Burleigh, Dougherty Howard’s head coach at Florida, charts each goal scored by the team, tracking all players who contributed to the tally, not just those credited with the assist or the goal.

“Every goal has the gold star chart that goes with it for anyone who was involved,” Burleigh said about the charting system, “so I think when you do that, not just purely an assist, you really see Meggie’s impact because she was super involved in a lot of our goals whether it was the assist or not.”

The same is true now that she’s a professional. Rewind the tape a bit and you’ll see her springing a teammate with a well-weighted pass. While it hasn’t been incredibly fruitful this season the idea and the vision are there. As impressive as the rookie has been thus far on both sides of the ball, perhaps the best is yet to come.

“I think it’s really just scratching the surface who she can be as a player,” Gabarra said.

While Dougherty Howard was a familiar face in D.C. prior to be drafted by the Spirit this season, Solaun spent the last two years with the Seattle Reign. Unfortunately, the crafty midfielder’s time in Seattle was beset with setbacks.

A season-ending leg injury in the final warm up game her rookie year derailed what had been a promising preseason campaign. Forced to hit the reset button, Solaun focused on recovery and getting back on the pitch. Hanging it up and walking away was never an option. 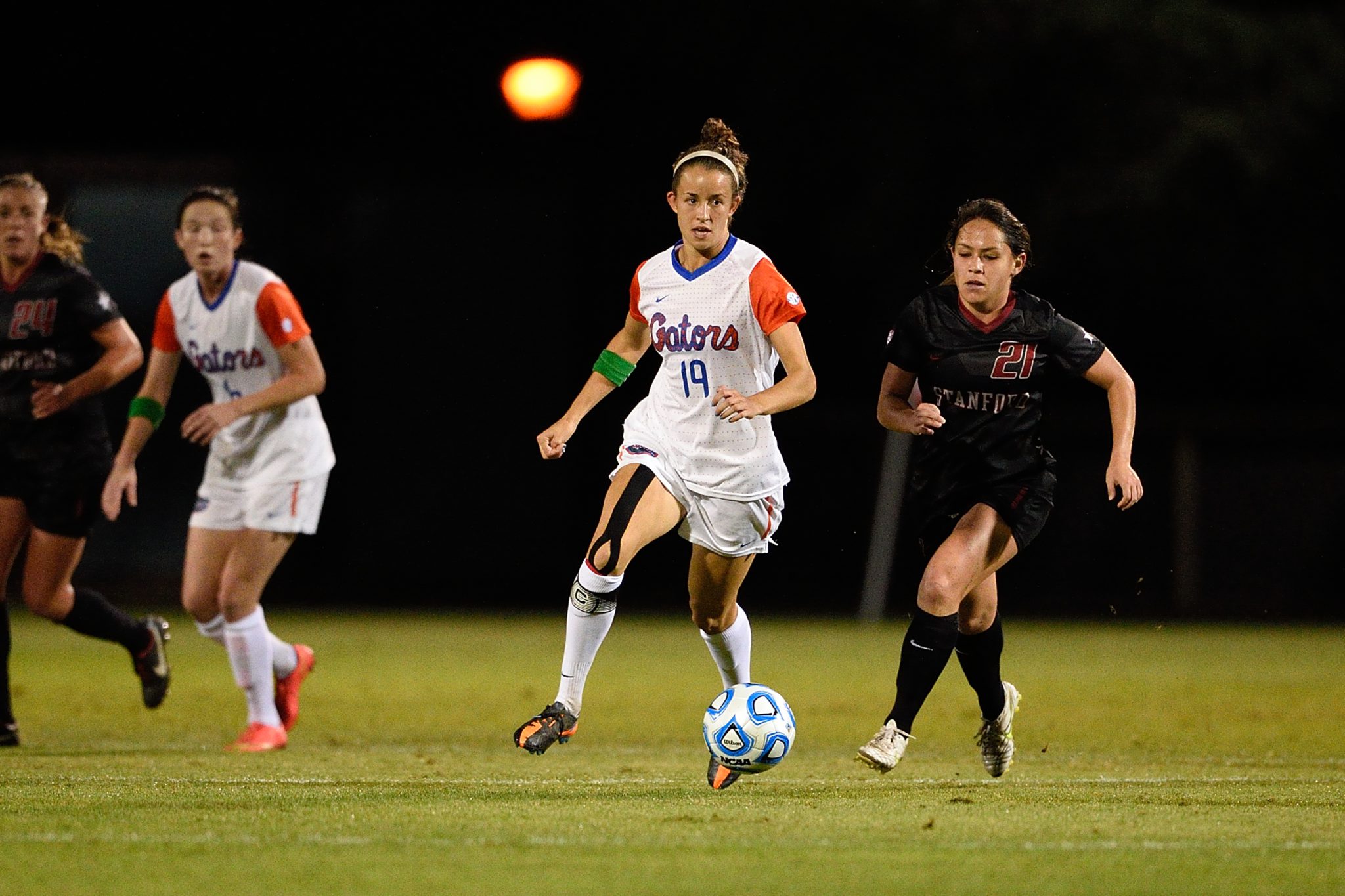 “You know, it’s funny when I broke my leg the amount of people that said, ‘So what now? What are you going to do?’” Solaun recalled. “The question always caught me off guard because I was like, ‘What do you mean, what are you going to do?’ Playing in my mind was the only–that’s where my heart was at, that’s where my head was at, you know, so I think the question caught me off guard because to me it seemed like such an easy way out to give up at that point.”

Last year Solaun returned to the field albeit on a limited basis. On the season, she notched a goal in 272 minutes played. All of those minutes were logged in the first half of the campaign as Solaun fell out of favor with Seattle head coach Laura Harvey.

The offseason brought change and with it a new opportunity. The Spirit, amid an oft discussed overhaul, acquired her rights from the Reign. With many of Washington’s more established players finding new homes, a healthy Solaun finally had the chance to showcase her talents.

“I think the hardest part with that is staying patient and staying ready because game minutes are the hardest thing to replicate, and that was the one thing I wasn’t getting and the biggest part (of it),” the midfielder said about her return to the pitch. “It was like the last piece of my recovery, and so I think it felt like my recovery prolonged so much from after I broke my leg to finally getting back.”

So far this season, the Gainesville native has notched five goals and two assists, providing offense for a team that’s been plagued with seemingly constant injuries to its attacking corps. Her success comes as no surprise to her college coach.

“I remember one day I came into the office on Christmas afternoon. I just had grab a few things to go recruiting and there’s Havana out there working out on Christmas afternoon,” Burleigh said. “She’s just one of those kids that knows what it takes, and it was just an opportunity that she needed to stay healthy and an opportunity to play in games. She’s only going to get better.”

While the Gators in-state rivals Florida State have long had a substantial influence on the Spirit, Florida alums have undoubtedly played a key role this season. Perhaps if Dougherty Howard and Solaun continue to impress, the Spirit Squadron will consider adding the Gator chomp to their repertoire.

Oh what a night!!!! The goal scorers chomp on! pic.twitter.com/J5hD61cohH