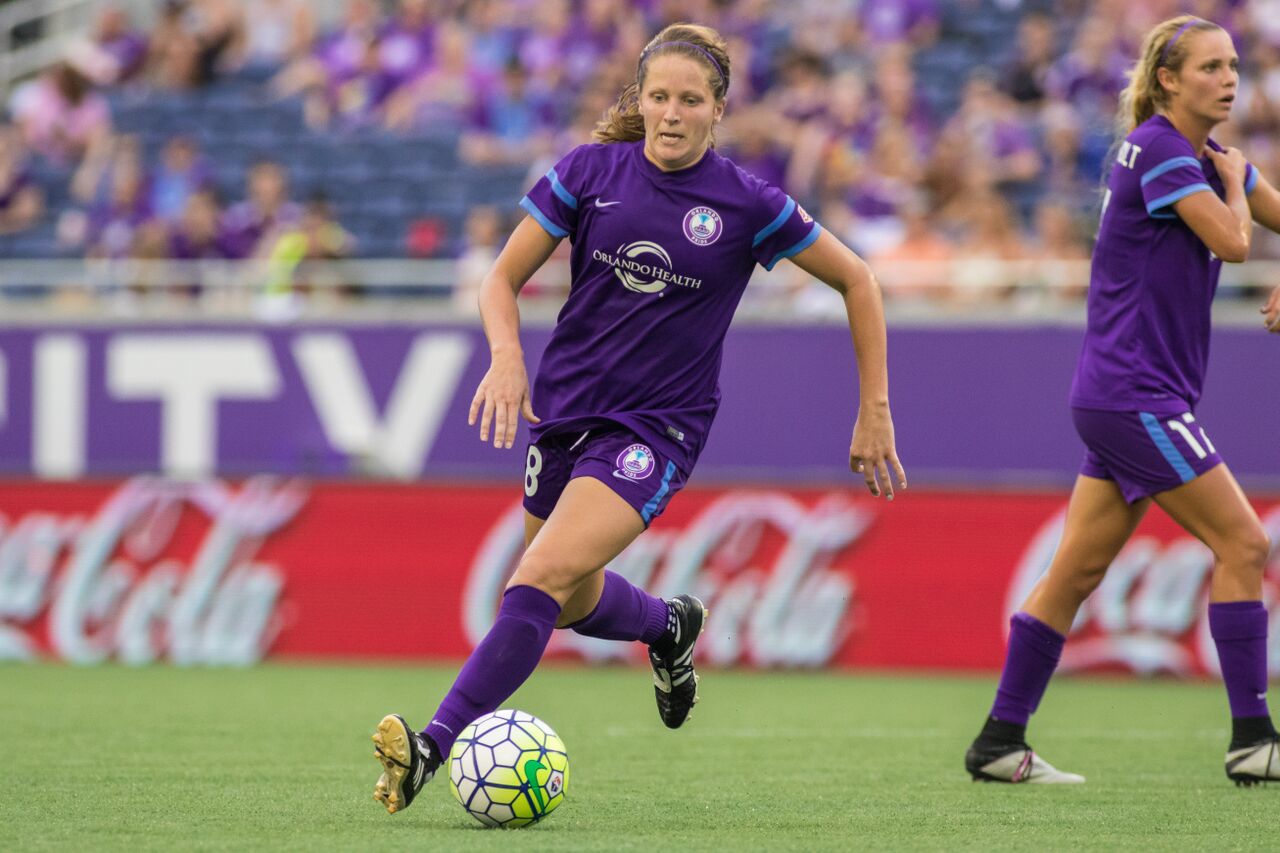 Today, Orlando Pride midfielder Maddy Evans announced her retirement from professional soccer after close to five seasons in the NWSL. She will play her final match for the Pride on Saturday, August 12th when they take on Sky Blue FC at Orlando City Stadium.

The 26-year-old Penn State alum was drafted to the Boston Breakers with the No. 29 overall pick of the 2013 NWSL College Draft. She played three seasons with Boston (2013-2015) before being selected by the Orlando Pride in November 2015 during the NWSL expansion draft. To date, Evans has appeared in 27 matches for the Pride, making 16 starts. This year specifically, the midfielder has made four starts in 11 games ahead of announcing her immediate retirement.

“My decision to walk away happened very fast but I’ve accepted a job back home in Pennsylvania. It wasn’t an easy decision but, for me professionally and big picture, it’s a perfect fit and best option at this time,” said Evan in Orlando’s official release. “I want to thank all of Orlando City, especially my teammates, the fans, and the entire organization for providing me the change to really feel what it means to be a professional soccer player. These two years have been an experience I will always remember.”

Orlando Pride head coach Tom Sermanni, although excited for Evans about her new opportunity, feels that she will be missed in many ways within his club.

“It’s with very mixed feelings that we see Maddy go. The first is obviously sadness that we are losing a player with such influence on the team, both on and off the field, and with such a great relationship with our supporters. Maddy has been an unbelievable team character, irreplaceable in that sense. So it’s with a lot of sadness that we say goodbye,” he said. “But, at the same time, it’s exciting for her to look at this opportunity that’s cropped up. Having give years as a professional in the league, she feels the time is right to move to the next stage in her life and career and we share her excitement for that. We wish her every success for her future.”

Evans’ full statement was posted to her Instgram (below).

Thank you, to so many ❤️

Megan Rapinoe built off her NWSL success to have an incredible Tournament of Nations for the USWNT earlier this month. She, and her fellow teammates, will have six more games before rounding out 2017 for the USWNT.

With the end of 2017 approaching, the United States women’s national team (USWNT) is set to play six more games in the upcoming fall before closing out the year. After two friendlies against New Zealand in September, U.S. Soccer revealed that there will be another pair of soon-to-be announced friendlies scheduled for October before their final two games against Canada in November. The October FIFA window will take place between October 16-24, kicking off only two days after the NWSL Final, slated for October 14th in Orlando.

In September, the USWNT will face New Zealand in a two-game series set to take place at Dick’s Sporting Goods Park in Colorado on September 15 and at Nippert Stadium at the University of Cincinnati in Ohio four days later on September 19. In November, the USWNT will travel to Vancouver to take on Canada at BC Place on November 9. The second leg of that two-game series will take place on November 12 at a to be determined location in the United States.

In 2017, the USWNT has recorded seven wins and three losses, with all three of those losses coming on home soil. After a disappointing fourth place finish this past March in the SheBelieves Cup, where the team fell to England (1-0) and France (3-0) in back to back games, the team headed to Texas a month later for a pair of friendlies against Russia. With strong showings in both Houston and Frisco, the USWNT was back to its winning ways with a 4-0 and 5-1 victories there.

Their Scandinavian tour added two more wins under Jill Ellis’ belt with two hard-fought 1-0 wins over Norway and Sweden. Most recently, the USWNT hosted Australia, Brazil and Japan in the Tournament of Nations on the West Coast. After a shocking first loss to Australia to kick off the tournament, the USWNT rebounded with a thrilling come from behind 4-3 victory of Brazil before capping off the tournament with a 3-0 win over Japan.