Brian rehabbing injury in LA, out for Dash indefinitely

Morgan Brian will be unavailable for the Houston Dash indefinitely, staying in Los Angeles following the conclusion of the Tournament of Nations (ToN) to rehab a lingering groin injury under the supervision of U.S. Soccer’s medical staff.

USWNT head coach Jill Ellis selected Brian for the ToN camp roster with full awareness of the injury, but cited a lack of depth in central midfield as the reason for the midfielder’s presence in camp. Brian only took the field once during the tournament, playing 13 minutes of the U.S.’s opening match against Australia, a 1-0 loss. She was unavailable for the remainder of the tournament.

“I spoke to her last night and she said she is feeling better, feeling stronger,” Morales said. “It is one of those injuries that could be nagging for a long time. She is taking time to really heal it and focus on that specifically.

“Here, we’re focused on the next game and trying to get the team better. We felt that her being over there (in LA) with somebody who is making sure she is doing everything the way they want is the best decision for her.” 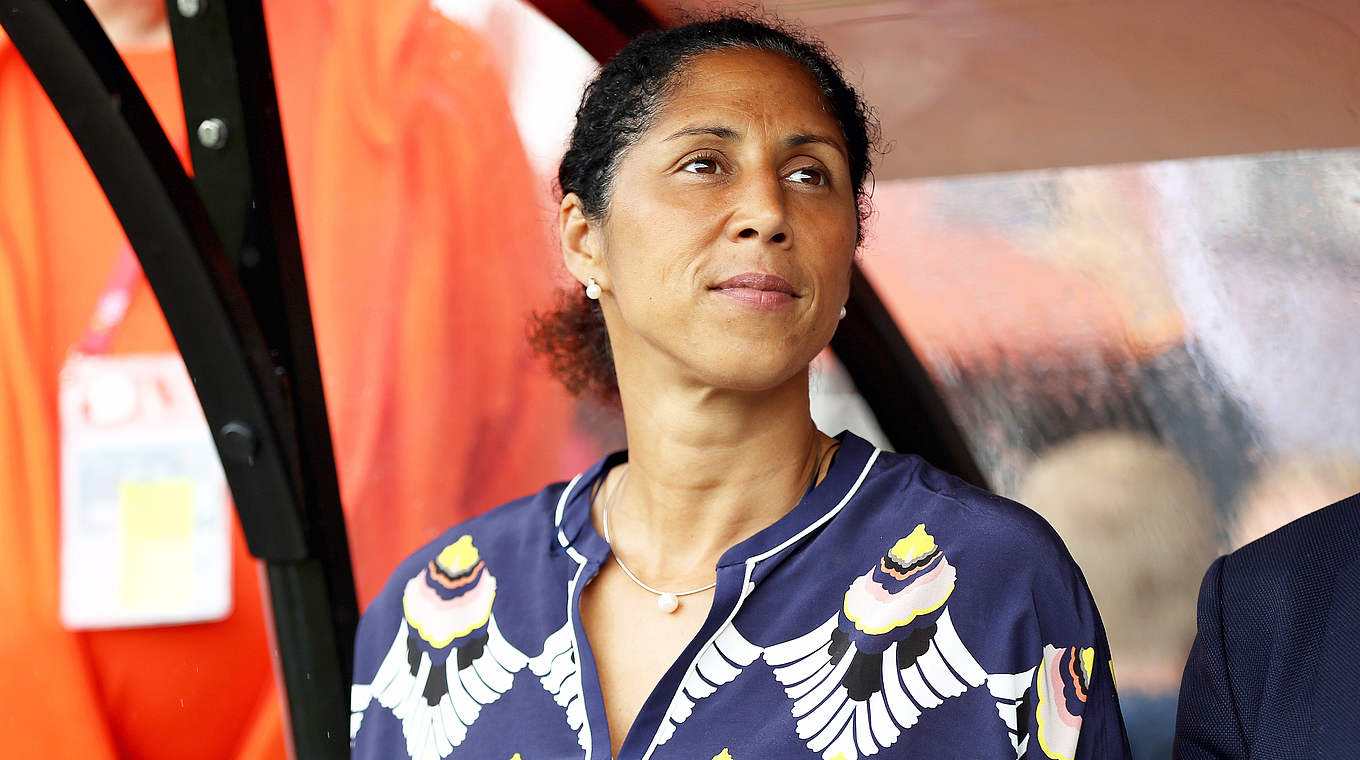 Steffi Jones’ contract as manager of Germany WNT has been extended through the 2019 World Cup. (photo courtesy DFB)

The German Football Association announced on Wednesday that it had extended the contract of manager Steffi Jones through the 2019 World Cup, with an option to extend it through the 2020 Olympics.

“I am very pleased with the confidence of the Presidency, but I see the vote as both a clear mandate and an obligation for me and my team to draw the right conclusions for our work,” Jones said in a statement released by the association. “For me, my first tournament as a Bundestrainerin was an instructive process, so we will make some adjustments. Our goal is to further develop the team and our game system, regain lost trust and be successful again.”

Germany begins its road to France 2019 on September 12 when they take on Slovenia in their first World Cup qualifying match.

In other EURO-related coaching news, Italy has hired Melina Bertolini to replace Antonio Cabrini, whose Italian side was eliminated from this year’s tournament before the group stage’s conclusion. Bertolini is a three-time national champion as both a player and a coach, bringing a wealth of experience to her new position.

“For me to train the National [Team] is to dream a dream,” Bertolini said in an article for Rai Sport, “and from today I put myself to work with the commitment and the passion that have always characterized my career in the field and on the bench. We face a challenge. It is difficult to bring Italy back to World Cup 2019 after 20 years.”

The Chicago Red Stars announced today that Japanese-international forward Yuki Nagasato had been removed from the 45-day disabled list and added to the active roster. To meet the 20-player roster limit, the team waived midfielder Mary Luba.

Nagasota signed with the Red Stars on May 24 but was not cleared to play by the team’s medical staff because of a minor knee injury, for which she returned to Japan to continue rehabilitation. The striker returned to Chicago and has been training with the team over the past month.

“We are looking forward to finally having Yuki available for us,” Red Stars Head Coach Rory Dames said in the team’s official statement. “She has looked great in practice and provides a veteran presence in this last half of the season as we aim for a playoff spot.”

Luba joined the Red Stars late in the 2016 season after a standout season with the Red Stars Reserves that same year. She made four appearances for the full team, totaling 50 minutes. She did not appear for the team during the current 2017 season. 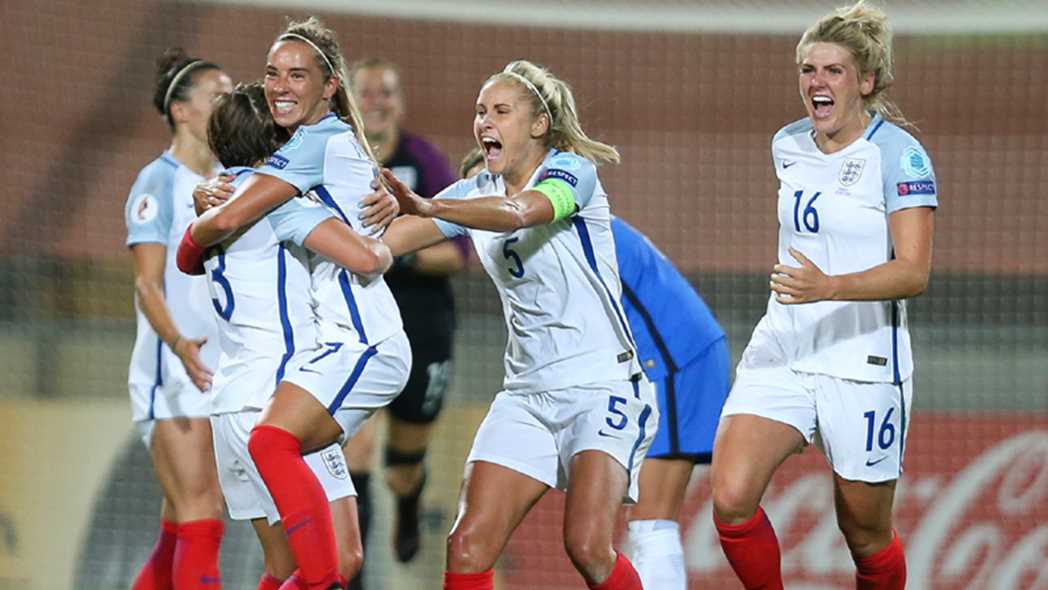 BBC Sport reported today that the English Football Association (FA) have announced plans to form a British women’s soccer team for the 2020 Tokyo Olympic Games. This is in addition to reports from yesterday that the FA also plans to enter a bid to host the 2021 European Championship.

Because of FIFA rules, in order for England, Scotland, Wales or Northern Ireland to compete in the Olympics, they must do so as one team for all of Great Britain. This requires a collective agreement from all of the nations’ ruling bodies, which is not an easy feat.

The issue for the other nations in Great Britain lies in their concern with how a Team GB would affect their independent status with FIFA, especially in regards to future World Cups. However, some nations that were previously against a British team have now changed their minds, claiming to realize the benefits of Olympic competition to women’s soccer in all of Great Britain.

“We’ve worked really hard with the other home nations to get them behind the idea that a British team would be good for football both in England but also in Scotland, Wales and Northern Ireland,”  FA chief executive Martin Glenn told the BBC.

“We were very disappointed that for the Brazil Olympics we couldn’t put in a British team because, for women’s football, Olympic tournaments are disproportionately important compared to men’s football.”

Although some attempts were made, Great Britain did not field an Olympic team for the 2016 games, but they did in 2012 when London hosted the summer games. That team was almost solely comprised of members of the England national team with the exception of Scotland’s Kim Little and Ifeoma Dieke (Jane Ross was an alternate).

Perhaps the overwhelming majority England players on 2012’s Team GB is another deterrent for other ruling bodies to agree to a British team, but Glenn addressed that issue saying, “We would want to pick from the best of British talent and there’s a number from nations outside of England and we know that would be good for the game.”

In addition to wanting to field a 2020 Olympic Team GB, the FA also announced its plans to bid to host the 2021 European Championship. The plans to bid were inspired both by the success of EURO 2017 in the Netherlands, with sold out crowds at every one of the Dutch team’s games and a record-breaking attendance at the final, and by British broadcaster viewership numbers. England’s semifinal loss against France generated a peak four million viewers in the UK. The FA said the bid is another reflection of their ongoing commitment to women’s soccer.

The bid process for EURO 2021 begins next month, with a decision being finalized in 2018.

Caroline Seger has left Olympique Lyonnais after one season and signed with FC Rosengård, the Swedish team announced yesterday. The veteran midfielder will be joining the team immediately, participating in her first training session with the team today.

“I’m incredibly pleased to come to a club like FC Rosengård and be able to contribute my experience and routine to an already successful team,” Seger said in the team’s official announcement. “At last I will come home and fight for new titles with the team that I always dreamed of playing in.”

Also returning to Sweden is Kosavare Asllani, who has signed a two-and-a-half-year contract with Linköpings FC after 18 months with Manchester City.

“I went to Man City Women with the aim to win everything in England and so we did so thank you to my (former) teammates for all the silverware we won together, I truly gained some friends for life and I wish u all the best in the future!” Asllani wrote in a statement posted on her Instagram account. “The TIMING is right for me to move back to Sweden, use all the experience I gained and help Linköpings FC to continue to win.”

During the announcement of Asllani’s signing, the team also announced that defender Jessica Samuelsson had left the club, although no word on her destination has been made at this time. 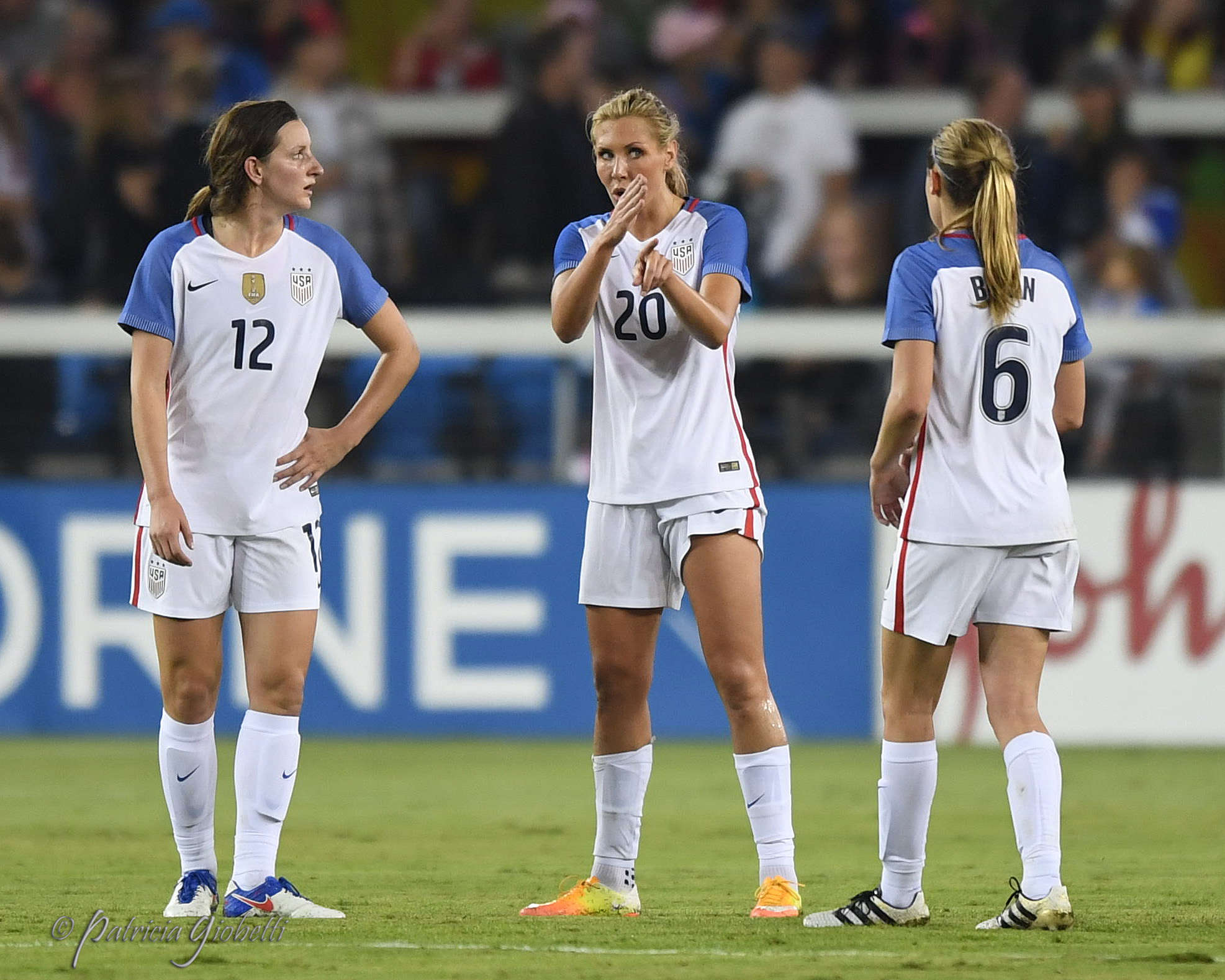 Andi Sullivan, left, is one of 30 players named to the 2017 MAC Hermann Trophy watch list. (photo copyright Patricia Giobetti for The Equalizer)

Two of the most notable inclusions on this year’s watch list are Stanford’s Andi Sullivan and UCLA’s Jessie Fleming. Sullivan was predicted by many to leave Stanford early to begin her professional career in the NWSL, but an ACL tear suffered in extra time of the Cardinal’s final 2016 NCAA tournament match derailed any such plans. Just weeks prior, she had made a splash with the senior USWNT, earning four starts in her first four caps with the team.

Like Sullivan, Fleming has experienced success with her national team, having won an Olympic bronze medal with Canada before playing a minute for UCLA. In her freshman season, she led the Bruins in scoring with 11 goals and 27 points.