Allison’s Friday Favorites: The EUROs have taken the world by storm 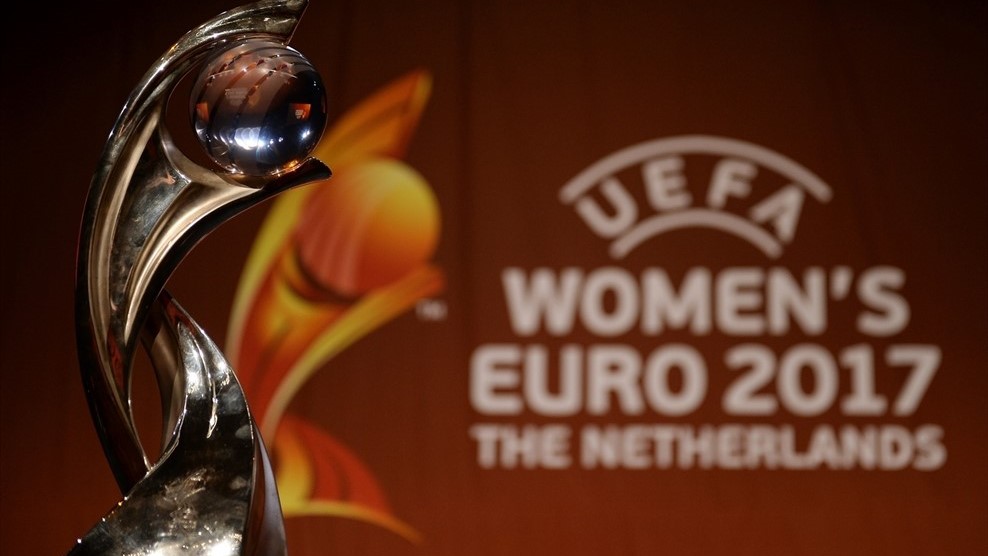 I’m on the phone with Rachel Daly as the clock ticks down on the Netherlands-England EURO semifinal game clock. I feel horrible for the timing of the interview, knowing that the Houston striker is undoubtedly watching her home country’s team attempt to advance to the EURO Final for the first time since 2009, but odds of that happening are ever decreasing as they trail 2-0 in the final minute of regulation time. With the six-time defending champs Germany eliminated in the quarterfinals, it’s anyone’s tournament to win.

Admittedly, I have the game muted in front of me, pulling double duty in both covering the game and interviewing Daly at the same time. My stream seems to be a few seconds ahead of hers, so I brace myself when Millie Bright scores an own goal in stoppage time, one last insult to injury for the Lionesses on their way out the door.

“England just scored an own goal, sorry. Wowwwwwwww. Sorry, ok, going back to that…” she says, interrupting her response to my first question to comment on the scene before us both. The rest of her response is a little all over the place, her focus clearly still on England’s disappointment being broadcast on the screen before her. I can tell her focus isn’t on answering my question. “Sorry, I’m so distracted by this own goal.”

She’s apologetic, but honestly she doesn’t need to be. If roles were reversed, I would have asked for the interview to be postponed a few minutes so I could watch the rest of the game without interruption. After all, we both do what we do because of our love for the beautiful game.

Absolutely gutted. But the girls have been incredible throughout this whole journey. Before, during & will continue after. Love you all❤️??? https://t.co/1xqKLpVvvb

For me, the experience is all a bit surreal. Never did I expect to be on the phone with a national team player during their team’s semifinal round of a major tournament. And honestly, the possibility of it happening during the EUROs never occurred to me.

Like many fans of the women’s game, I knew the 2017 European Championship would be held this summer, but without the U.S. being involved for obvious reasons (despite U.S. Soccer’s proclamations that they held their own post-Olympic version of the EUROs), I didn’t think the tournament would be broadcast in the States the same way the men’s tournament was last summer. Luckily, I was mostly wrong, and ESPN announced July 10, less than a week before the tournament’s opening day, that all of the tournament’s matches would be streamed on their online-only platform, ESPN3, with the final being broadcast on one of the ESPN television channels.

While the rights to the 2017 EUROs was no doubt included in the deal that ESPN made to get the 2016 men’s EUROs, the fact that they still made the games easily accessible to fans of the international game here in the U.S. is remarkable. While there is a point of contention that the tournament was relegated to ESPN3 while drone racing and cornhole was televised on ESPN2, at least I could forgo installing a VPN on my laptop in order to watch shady, probably illegal streams that are chock-full of viruses and broadcast in languages I don’t understand. Instead, I could easily turn on my internet-based television provider, fire up the WatchESPN app, and settle in for an afternoon of high-quality football.

That, along with the likes of Eurosport, England’s Channel 4, and UEFA’s own YouTube channel, provided the games to fans around the world, even in countries like Brazil and the U.S. that didn’t have a horse in the race. That attention helped make the 2017 EUROs the most watched UEFA-organized women’s soccer tournament. Several European networks have reported record numbers of viewers, and the traffic to the women’s EUROs page of UEFA’s website is on pace to double the traffic in 2013. The tournament has gotten so much traffic for ESPN, the final has since been promoted from ESPNU to ESPN2, where it will be available to even more American viewers. For international players like Daly, who grew up watching the tournament, the attention on this year’s tournament is an appreciated sign of worldwide progress in the women’s game.

“Obviously they’ve realized that and that there’s more people than just the Europeans that watch it and that the U.S. want to watch it. I know my team (the Dash), every day we’re talking about when the EUROs are on and how we’re all going to watch it and all, so it’s definitely been great that it’s been streamed.”

And they weren’t the only ones. Several NWSL players took to social media to post about the EUROs. Lydia Williams had screencaps from the group stage on her Instagram story, while Jess Fishlock brought her coaching expertise to the tournament, tweeting about officiating and tactics. Others who have played abroad commented on their previous teammates’ performances and congratulated them on big wins. Even the coaches got in on the action, with Mark Parsons tweeting about the Thorns competing in the EUROs, especially when Dagny Brynjarsdottir and Amandine Henry were pitted against each other in group play. Nadine Angerer engaged in friendly banter with Nadia Nadim before Denmark’s quarterfinal match against Germany, but the Danes’ unseating of the reigning champs saw Angerer being on the end of a joke at work.

Warm welcoming from the @ThornsFC coaching staff. "…If your home country got knocked out of the Euros pls sit here" @mparsons_1 ??? pic.twitter.com/s0xayccXGf

Besides record viewers tuning in from around the world, the crowds attending the matches repeatedly broken attendance numbers for women’s football in the Netherlands. While it undoubtedly helps that the host nation has advanced to the final, other fans from participating countries have traveled, sometimes over thousands of miles, to attend matches. Most notably of these were Iceland’s fans, who had one percent of the country’s total population travel 2,000 miles to fill the stands at every one of Iceland’s matches, their signature thunderclap resonating throughout the Dutch stadiums. As for the final between the Netherlands and Denmark, another record crowd is expected, and tickets are already sold out. That should also break the record for largest total tournament attendance, currently set in 2013 with 216,888 fans (2017 attendance, not including the final, is currently at 211,863).

“I think you see with such a small place in the Netherlands, the crowds that they have for their home games is huge,” Daly said. “I think, obviously, that’s how the game is ever evolving and it’s turning to be a very dominant sport in that area. I think that’s huge.

Lauletta: Thoughts on USWNT 3-0 Japan
Friday Roundup: Morgan and Lyon to come to terms on option within next few weeks