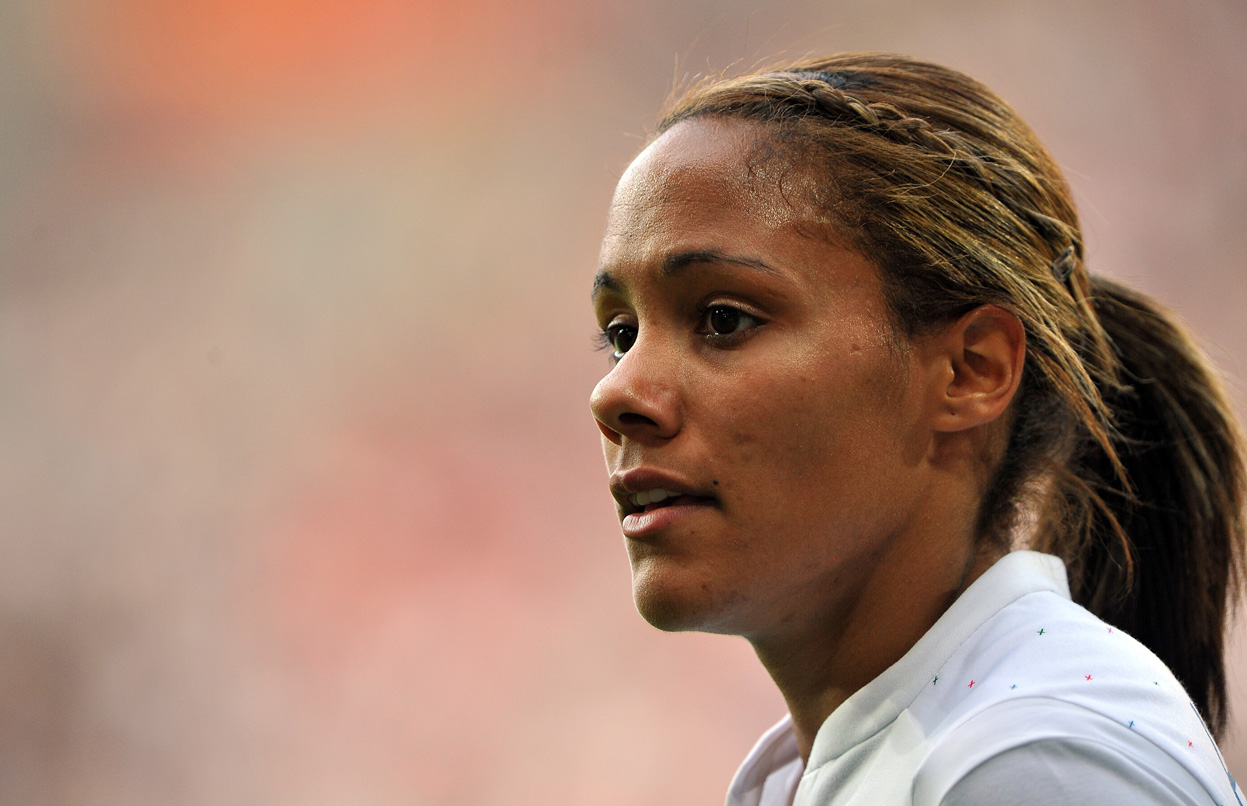 Alex Scott hopes that England can go all the way to win EURO 2017.

UTRECHT, Netherlands – England’s Alex Scott has dedicated her life to football. She eats, breathes, and sleeps football through and through. The Arsenal product and Lionesses fullback is hoping to she can finish her last European Championship tournament with a gold medal. Scott has seen a lot of highs and lows with the Lionesses and has been a top professional through the rise and development of the England team.

The 32 year-old London native has done it all in her career. She has watched as fans, media, and support for women’s football has grown immensely. As she enters what could be her final stages of her international career with England, Alex Scott had time to talk about a variety of subjects, including Mark Sampson, her TV job, and France 2019.

Harjeet Johal: What do you remember from your first European Championship tournament in 2005?

Alex Scott: The first one, 2005, actually being in England. It was my first one, so the excitement, just playing in front of your home crowds. It was really special.

HJ: How different is it now in 2017, with the further growth and development of England?

AS: The confidence within the team. You have a group of women that are professional, they’re at the top of their game, and they have the mentality that they want to win gold. I think going into our first EUROs, it was about being part of a competition and doing the best we can, where now all we are focused on is get to a final and win a gold medal.

HJ: How much has fan support and media coverage grown?

AS: Oh, it’s great. The fans that have traveled and have been following us throughout the tournament. We can only thank them. It really does help when you have that support system behind you. It’s the team behind the team, it’s not just about us. We know when we step across that line, we’re not just representing ourselves. We’re representing our family and friends, our loved ones, and the supporters, everyone that’s been backing us, cheering us to do well.

HJ: Was winning bronze at the 2015 World Cup the key setting where England really took off back home?

AS: Yeah, and it helps when you’re winning and you are successful. I think people got behind a group of women they could see have the courage to go and follow their dreams, work hard, and a team that are so together. I think that’s what the public fell in love with, and that’s why they’ve kept following us. They want to see good people that do well and be successful.

HJ: There has been talk that Mark Sampson might be poached and coach in men’s football. Do you think he would be able to apply what he’s done in the women’s game at the men’s level?

AS: I think in life, it’s about challenging yourself. He challenged himself to get the England women’s job. He’s been successful with that, so Mark will assess his future when the time comes around.

AS: Absolutely everything for me. I’ve always stated, it’s the one thing that’s missing. I’ve got the silver, the bronze, I’ve won every domestic thing in England that I could possibly win, and this is the only thing that’s been keeping me going. I remember that feeling in 2009, watching Germany walk up and collect their medals, and me just standing on the pitch with a silver medal. I vowed that I’d never want that feeling again. I want to get to that final, and make sure we get the gold.

HJ: How has the team prepared for what could be a hostile crowd against the Netherlands?

AS: I think this England team will actually thrive off that. We’ve been in those situations before, so we aren’t facing anything that we haven’t. When you rewind to 2015 in Canada, playing in front of 50,000 with the crowd booing and cheering at times for Canada, we executed and we managed to come through. We’re focused on ourselves and being the most together team we can be to get us through.

HJ: Will this be your final tournament as an international for England?

AS: It will definitely be my last EUROs, that’s for sure. Four years will be a long time for me to keep going. That’s something I’ll sit down after the tournament and discuss with Mark, where my head’s at and my body.

AS: Never say never. I’ll discuss that after the tournament.

HJ: How are things going with Arsenal?

AS: As soon as the tournament’s done, I think we have two or three weeks off and we’re back into club. Throughout the whole tournament I’ve been speaking to the girls, and messages have been going backwards and forwards. Now it’s strictly business. They want to win, we want to win, and it’s a game of football. After the match then maybe the discussions and conversations will start again.

HJ: You have been working in television. How is that going?

AS: It’s really weird because I suppose my whole career I’ve been fighting to be excited within women’s football, and now coming towards the later years, I’m making that transition into media and broadcasting. It’s something that I’m passionate about, representing females on a huge scale, but it’s something that I love doing. Hopefully that smooth transition will be there when I decide to retire full time.

AS: I do presenting for Premier League, I do stuff at BBC, BT Sport, Sky, so various different roles. With me, I suppose I never want to be put into one box. I don’t just want to be a commentator. Ultimately I want to be presenting, and obviously sport is my main thing.

HJ: When you come into that environment, do you feel it helps you open doors to people who may not be all that familiar with women’s football?

AS: I think when you see me on TV, you see a women that knows what she’s talking about, and when they understand that I do play football, I suppose the respect is naturally there. Ultimately you need women to represent females that know what they’re talking about, can back it up, and talk a good game. That’s basically what I bring.

HJ: What are your top highlights as a footballer?

AS: I’ve actually been so lucky throughout my career. There’s a lot. There’s the 2007 quadruple season with Arsenal, winning the Champions League, 100 caps for England, winning the medals, the silver and the bronze.

HJ: When you do call it a day, what do you want the fans and media to look back and remember you as?

AS: Alex Scott, the attacking right back that played for over thirteen years, that brought a lot of energy, had fun, and was a top professional and enjoyed every moment.