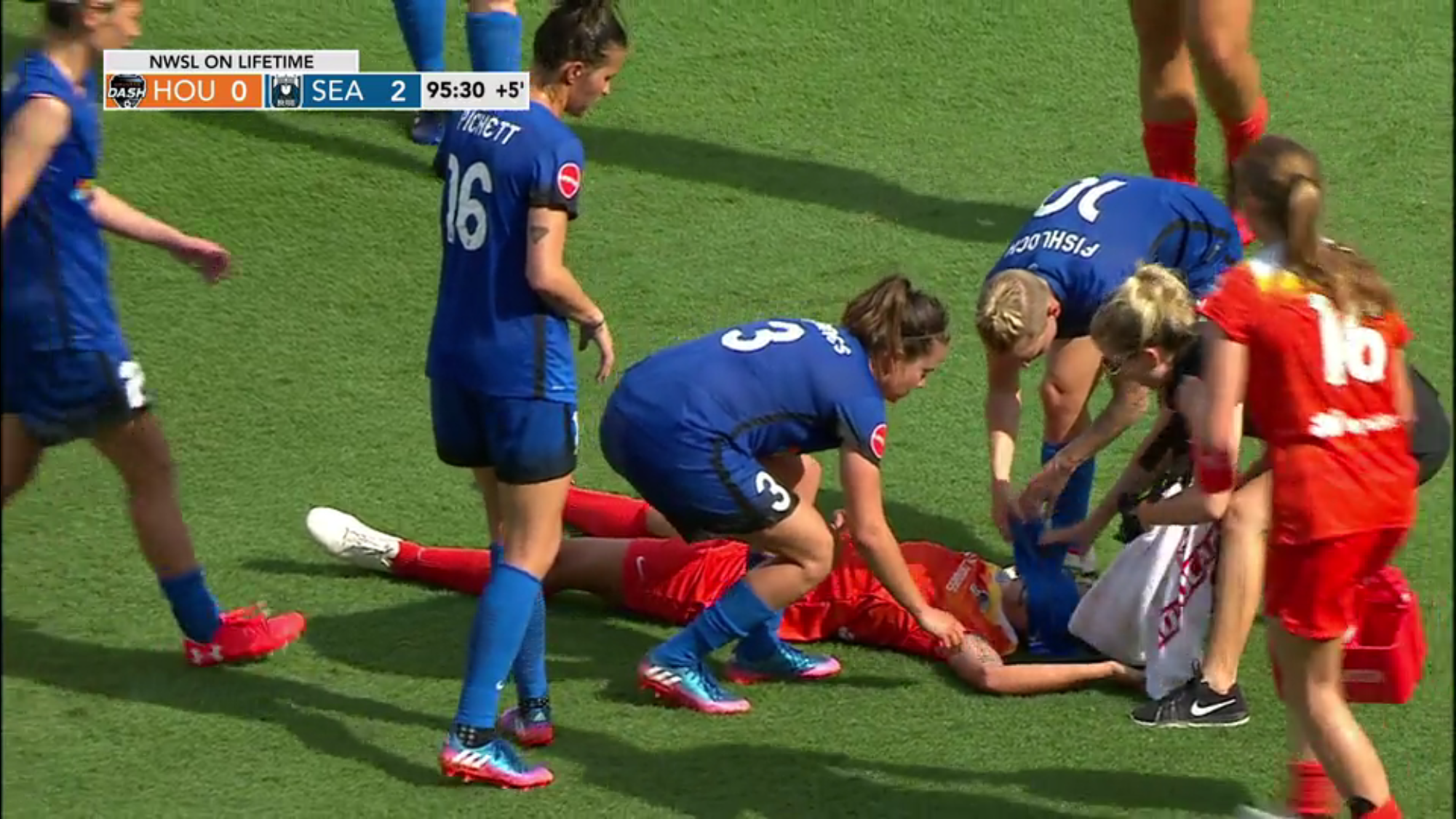 Rachel Daly’s post game episode in May convinced NWSL to adjust start times and other rules to account for extreme heat.

The Portland Thorns and NWSL announced on Tuesday that they are moving kickoff of Saturday’s Thorns-Dash match at Providence Park up by 90 minutes in an effort to combat temperatures expected to soar into the upper 90s. The match will now kick off at 11:20 a.m. local time (2:20 p.m. EDT) instead of 12:50 p.m. The match will still be broadcast on Lifetime with the pregame show on the air at 2 p.m. EDT/11 a.m. PDT.

This week is slated to be one of the hottest ever in Portland. Wednesday is the first of three consecutive days in which temperatures are expected to hit triple digits. According to weather.com the high for the week is expected to be 108 degrees on Thursday. As of Tuesday afternoon, the high temperature for Saturday was projected to be 97.

NWSL’s agreement to air weekly games on Lifetime has been a rousing success with the exception of the time slot which regularly places games in the heat of the summer afternoon. The issue took center stage May 7 when Rachel Daly collapsed on the field at the end of the Dash’s match against Seattle Reign FC.

In response to that, NWSL adjusted several start times and changed some of the games on the Lifetime schedule. Part of that juggling meant moving many “backup games” out of the Lifetime window. As a result, Saturday’s North Carolina Courage game against the Reign is now an evening kick which made it impossible to make that the national broadcast. Lifetime also has a hard off-air time of 6 p.m. EDT which made pushing the match back impossible if it were to remain on national television.