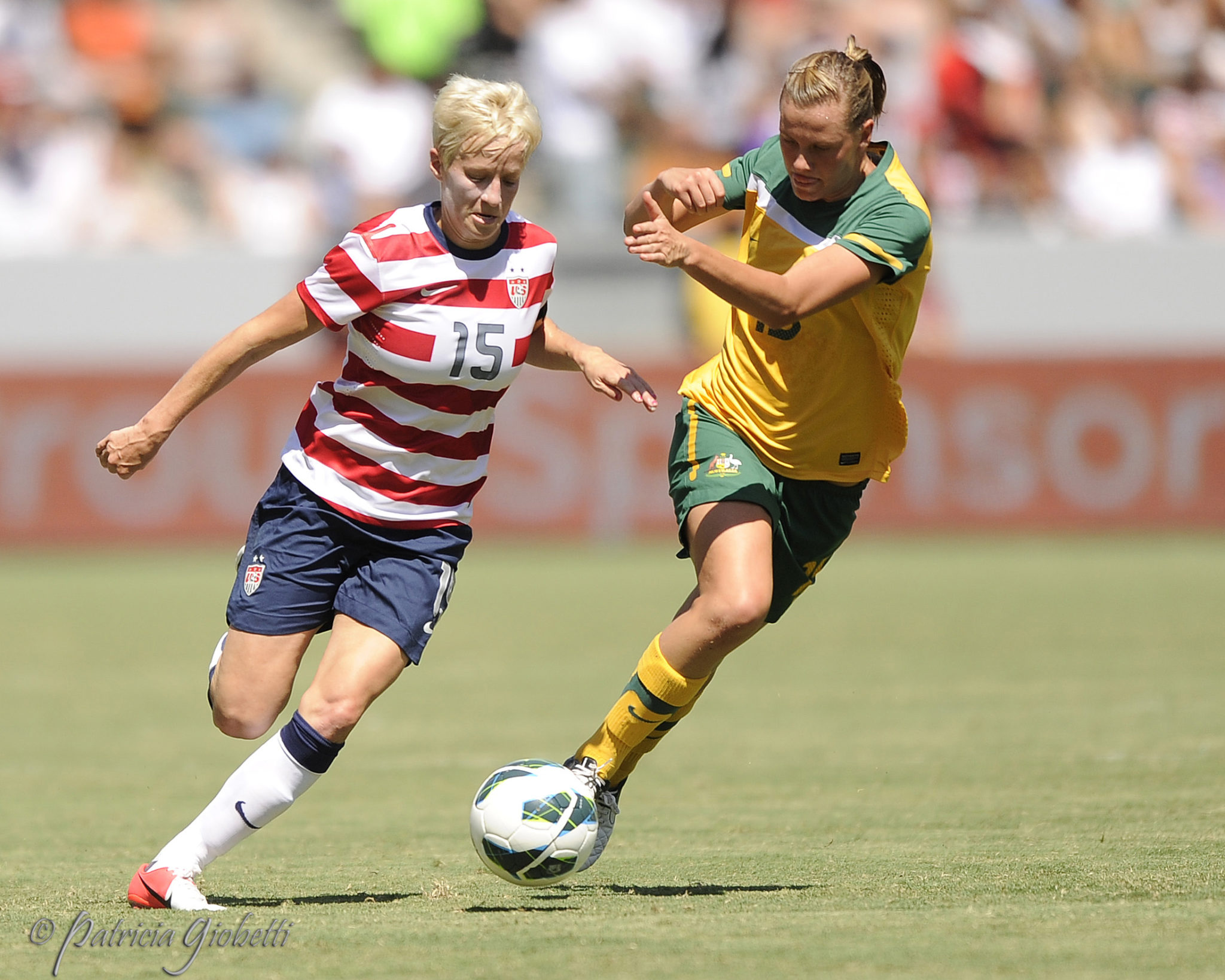 It took 28 attempts, but Australia finally defeated the USWNT. (Copyright Patricia Giobetti for The Equalizer)

The 28th time’s the charm, as Australia defeated the United States, 1-0, for the first time after 27 meetings without a win for the Matildas. A goal from Tameka Butt midway through the second half broke the deadlock and lifted the Aussies past the USWNT in their first meeting since the 2015 World Cup. The win gives Australia three points and the lead in the Tournament of Nations, while the U.S. again sit in fourth place in a tournament they’re hosting.

It was another lackluster performance by the United States, full of missed opportunities and mistakes. It was only a matter of time before the Aussies would capitalize on one of them, and the goal-scoring play came off a poor defensive play by a relatively inexperienced backline. Taylor Smith got her first at right back in her first cap, Abby Dahlkemper saw her second start in just five appearances, Casey Short made her 11th appearance, and veteran center back Becky Sauerbrunn anchored the backline. Behind her was Alyssa Naeher, only making her third consecutive start in 16 total appearances.

In the 67th minute, Elise Kellond-Knight played a short corner to Emily van Egmond, whose cross deflected off Abby Dahlkemper’s torso. The center back attempted to clear the ball as pressure was applied, but instead sent a high-soaring lob to where Kellond-Knight was waiting just outside the box. The Australian midfielder’s header took a bounce on the turf before deflecting sideways off Sauerbrunn’s abdomen, causing a scramble of U.S. defenders as she chased the deflection through a cluster of bodies. Sauerbrunn just beat Hayley Raso to the ball, but the pressure from Raso forced her into an ill-timed clearance, which Kellond-Knight got a foot on to send it over the backline and right in front of Tameka Butt, whose one-touch shot split the narrow gap between Allie Long and Alyssa Naeher and sailed into the back of the net.

The USWNT had three solid opportunities for an equalizer late in the second half, all from second-half substitutes and all for naught. Just moments after Butt’s goal, Carli Lloyd got on the end of a Megan Rapinoe cross, blasting in a shot from the top of the box, but Aussie goalkeeper Lydia Williams punched Lloyd’s shot away. Alex Morgan was next in line for the U.S., beating her defender to have only Williams between her and the goal. However, Morgan’s finishing was off as her shot was just wide of the near post. Crystal Dunn then finished off the chances for the USWNT when, in the 85th minute, Kelley O’Hara sent her a beautiful ball in from the right flank. Dunn chested down the ball and readied herself to take the shot, but Williams made another brilliant save, this time charging towards Dunn to prevent her from taking a well-timed, well-placed shot.

The night was not without promise for the U.S. though. Megan Rapinoe and Mallory Pugh started off the game putting heavy offensive pressure on the Aussies, leading a dominant U.S. attack for the opening 15-20 minutes of the match. However, as is often the case with the USWNT, the fire that ignited with kickoff eventually began to burn out, allowing the Matildas to fall into their rhythm and began stealing some of the USWNT’s earlier momentum, eventually resulting in an Australian win. Even still, Rapinoe—who has been in top form for the Seattle Reign this NWSL season—continued creating multiple opportunities on goal and bringing back quality set pieces to the team. All considered, she brought her NWSL form back to the USWNT and was arguably the best player on the pitch wearing red, white, and blue.

Next, the USWNT returns to Qualcomm Stadium in San Diego, where they’ll take on Japan at 5 p.m. ET on Sunday, July 30 in their second Tournament of Nations match-up. That match will be aired on ESPN2 and will be preceded by Japan and Australia playing at 2:15 p.m. ET and streaming on ESPN3.