Also in today’s Roundup, Kacey White has two dozen U-16s at camp in Chula Vista, and the Reign are in on the ground floor on Microsoft’s new data resource 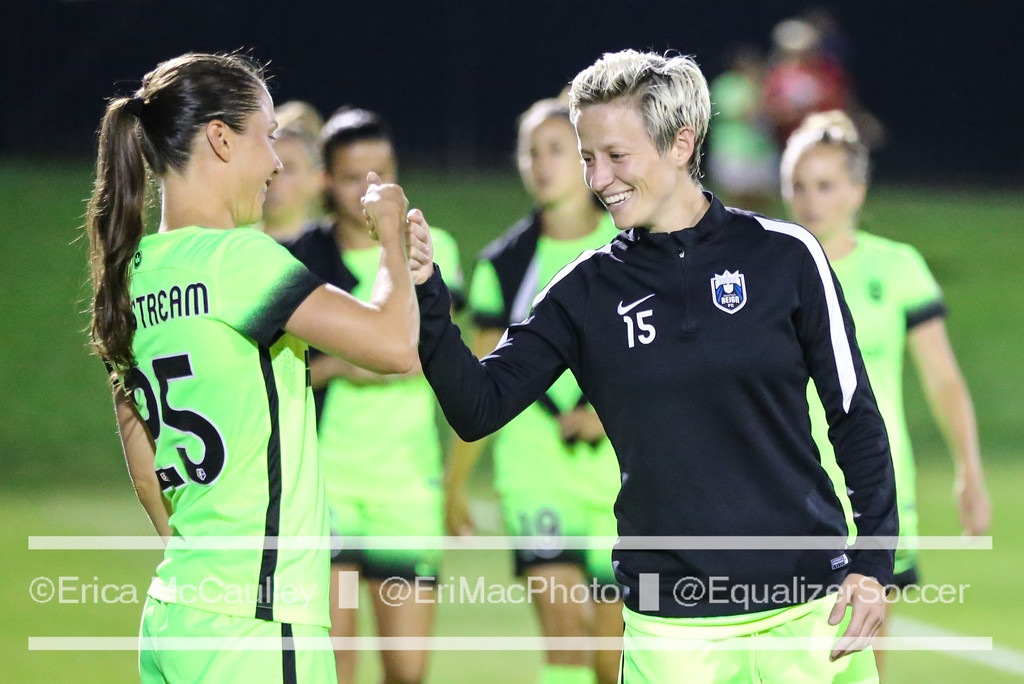 Megan Rapinoe was named NWSL Player of the Week for the second time this season. (photo copyright EriMac Photo for The Equalizer)

Megan Rapinoe’s second NWSL hat trick, in which the final goal saved the Reign after they blew a 4-0 lead, has earned her NWSL Player of the Week honors for Week 14. The 32-year old scored the first two Reign goals and added a third in the 87th minute to rescue the win. Rapinoe beat out Christen Press and Kelley O’Hara for the honor, which is voted on weekly by the NWSL Media Association.

The hat trick also put Rapinoe atop the NWSL golden boot race with a dozen goals. Sam Kerr, who scored the equalizer to cap Sky Blue’s frantic rally to 4-4, had gone back level with 11 before Rapinoe took the lead again with the winner. Press and Marta are four off the pace with 8 goals apiece. 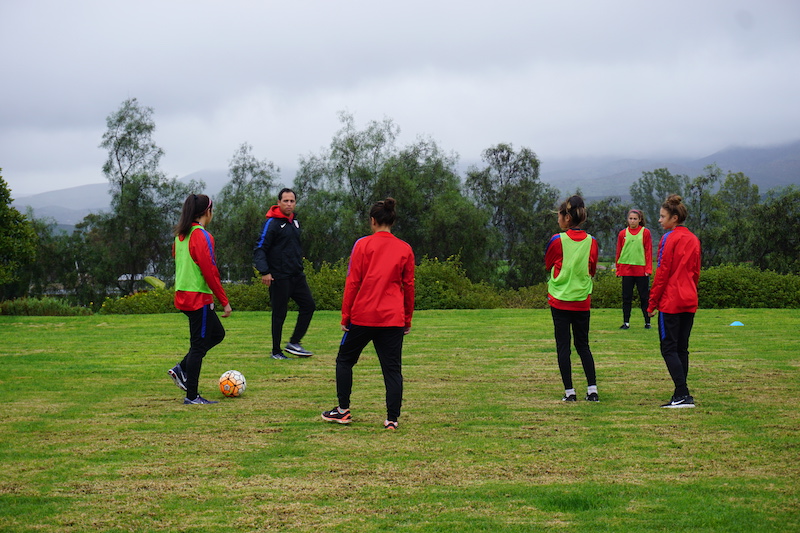 Kacey White has take 24 girls to Chula Vista, California for an eight-day camp that opened Sunday and runs through this Sunday. A majority of the players were born in 2002 with a few younger faces born as late as 2004. The U-16s were last together in May when they swept three games in Belgium.

White’s full U-16 roster is as follows:

Seattle Reign FC are one of a dozen professional sports teams on the front lines of Microsoft’s Sports Performance Platform. The analytics program launched last month, and Reign head coach Laura Harvey told the Seattle Times that it has already helped in the prevention of injuries.

Times technology writer Matt Day published a story on the weekend, partially detailing how the Reign used the program in a July 1 victory over rival Portland Thorns FC.

Microsoft has been featured on Reign jerseys since 2016 and are contracted to be there again in 2018.