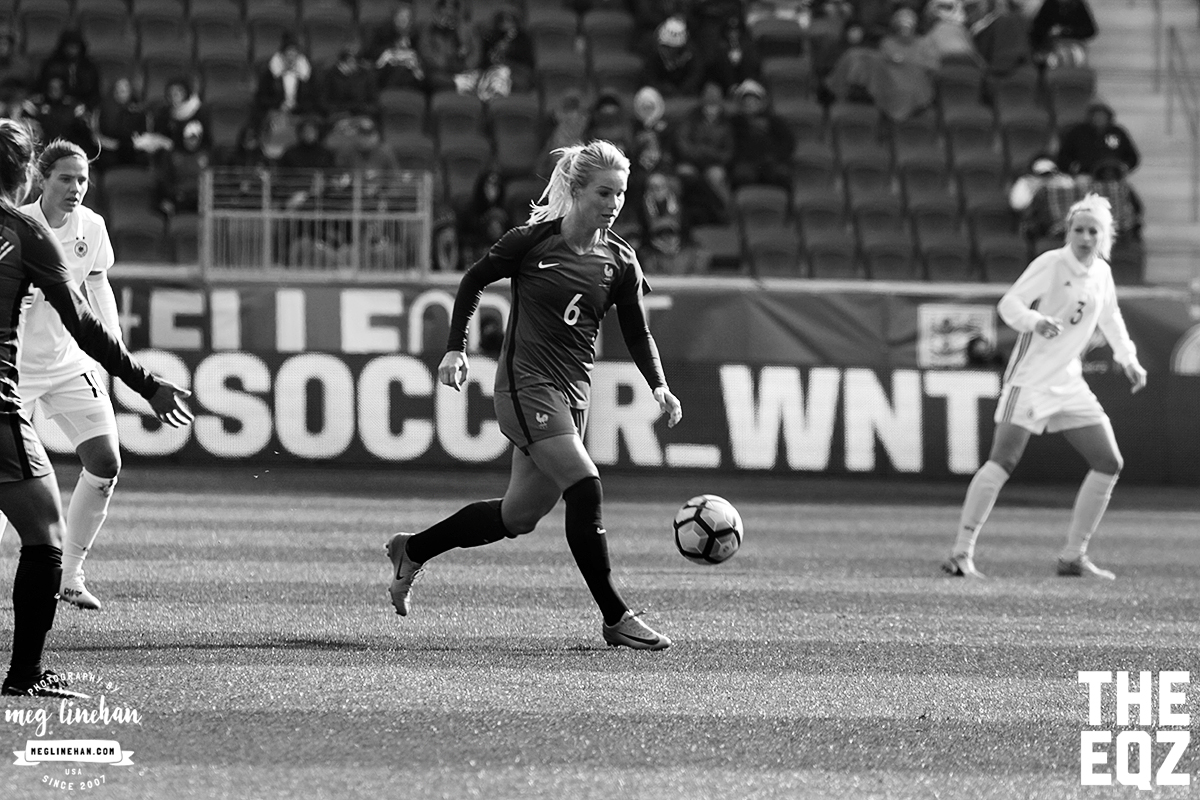 Iceland scored their first goal of the 2017 European Championships, but a pair of Swiss goals lifted Switzerland to a 2-1 win over the dottirs of Iceland and to their first ever EURO victory. Combined with France and Austria’s 1-1 draw in the second match of the day, it was enough to see Iceland become just the second team eliminated from this year’s tournament.

Icelandic fans once again turned out in full strength, bringing with them a sea blue jerseys, face paint, and Thunderclap almost 2,000 miles to Stadion De Vijverbergta in Doetinchem. Loud cheers echoed throughout the stadium when Iceland scored first just after the half-hour mark, but the crowd’s energy and enthusiasm were not enough to power Iceland past a Swiss side that scored two unanswered goals to secure their first ever European Championship victory.

Fanndís Fridriksdóttir struck first in the 32nd minute, re-igniting a match that fallen into a bit of a lull after a physically intense opening 10 minutes. Portland Thorns midfielder Dagný Brynjarsdóttir, playing up top for Iceland, sent a diagonal pass to Fridriksdottir, who then was able to get a step on her defender to put her shot past Swiss goalkeeper Gaёlle Thalmann to score Iceland’s first goal of the tournament.

Player of the Match accolades went to Switzerland’s Ramona Bachmann, who was instrumental in both Swiss goals. Moments before the end of the first half, Bachmann drove the ball near endline before crossing to Lara Dickenmann, who fired off a shot that sailed through traffic and into the back of the net for the equalizer. Seven minutes into the second half, Bachmann scored one for herself after getting on the end of a ball from Noelle Maritz that split a pair of defenders. Bachmann ran through the box completely unmarked and headed Maritz’s service past Icelandic keeper Gudbjörg Gunnarsdóttir for the game winner.

Following Switzerland’s win, France and Austria took to the field in Utrecht, and once again the lesser side struck first. Lisa Makas put Austrian on top in the 27th minute off a Verena Aschauer long throw in. The throw in was flicked to Makas, where it ping-ponged off both legs before rolling to where Makas could take her shot. She sent a laser into the bottom left corner from close range, beating both Wendie Renard’s outstretched leg and Sarah Bouhaddi’s diving attempt for the goal.

Amandine Henry prevented an upset for the French side when, at the start of the second half, she headed in a corner kick to score the equalizer. As Élise Bussaglia prepared to take the kick, an unmarked Henry slowly crept into space in front of goal before launching herself into the air to beat Austrian keeper Manuela Zinsberger to the ball and headed it down with force into the goal. Henry, who had her best performance of the tournament so far, nearly scored again in later in the second half, but Zinsberger’s parry saw her shot deflect off the crossbar, securing one point for Austria.

The draw keeps both France and Austria tied for first in Group C standings and are poised to be the two teams to advance, but that will all depend on Wednesday’s matches. France will advance if they draw Switzerland, while Austria will advance with a draw with Iceland or a Swiss loss. The final Group C matches are on Wednesday, July 26 and will both kick off at 2:45 p.m. ET on ESPN3.