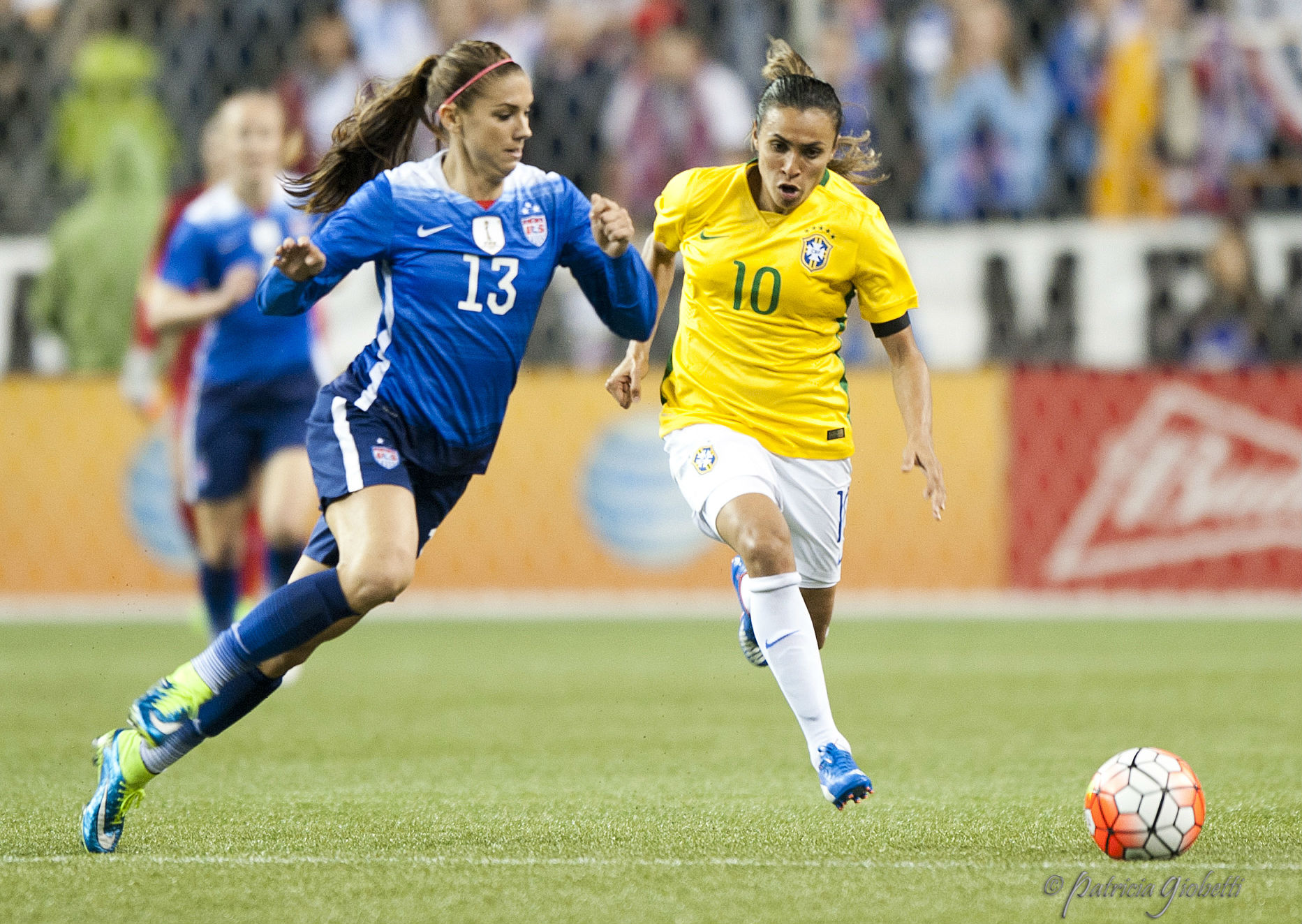 Yesterday Jill Ellis announced her 23-player roster for the United States women’s national team’s summer West Coast tournament, the Tournament of Nations (ToN). While there was some discussion about players who were or were not included on the roster—Ali Krieger! Midge Purce? Dang, Rose Lavelle still isn’t back?!—one of the biggest takeaways was that players would be with their clubs for this weekend’s games. The U.S. release specifically stated that players would be reporting to training camp in Seattle on Sunday, July 23, after all NWSL Week 14 matches have concluded.

Not included in the release was the stipulation that all players, regardless of federation, are to report back to their teams by Saturday, August 5, two days after the tournament concludes in Carson, California. Barring any injuries or other unforeseen circumstances, those players should be available for their clubs, at least off the bench, for that day’s games. While this isn’t great news for the four teams (Sky Blue FC, Washington Spirit, FC Kansas City and Boston Breakers) that play on the 4th, it is an overall good thing for the league.

The Tournament of Nations includes the USWNT, Australia, Brazil and Japan, and affects every single team in the NWSL. In total 34 NWSL players will be competing in the ToN with at least one player from every team on the U.S. squad, and six teams have players from multiple federations that will be participating. Although half the teams have only one or two players leaving for the Tournament of Nations, three teams have five or more. That would put those three teams at a much greater disadvantage than those missing only a few. To see just how big of a disadvantage, let’s look at Orlando.

Orlando has seven players—seven!—that will be on the opposite side of the country competing in the ToN, and all of those are regulars in the Pride’s starting lineup. If those seven internationals were to miss both Week 14 and 15 matches, that would leave the Pride down to 13 rostered players, one shy of a the total number of players who can take the field for a team in any given match. When you consider that that number also includes Ashlyn Harris, who has been out for weeks with a quadriceps strain, that means the Pride would be down to just one sub: their current backup keeper, Caroline Stanley.

Now, don’t get me wrong, Stanley is a high-quality goalkeeper and more than held her own when she entered the Pride’s road match against Seattle in the wake of Harris’s injury. She also has experience playing forward, although it’s been a few years. But even with Stanley’s talent and versatility, if I’m Tom Sermanni—and I’m not; his Bitmoji game is much stronger than mine—I don’t want her to be my only substitution of the game. Especially not against a team like Chicago, the Pride’s opponents for the home-and-home series that bookends the FIFA window.

Yes, there is the possibility that teams would have been able to temporarily sign players to fill their rosters (the same way Portland signed players to fill roster spots vacated by EURO departures) if ToN players would have to miss matches, but that would still leave some teams at a greater disadvantage than others. It’s much easier for the Spirit to compensate for Mallory Pugh’s absence than it would be for the Pride to try to fill multiple vacancies by signing temporary players.

I say all of that to say this: U.S. Soccer (USSF) has finally taken the NWSL and its schedule into consideration when planning its camps and matches. In past seasons fans (and probably clubs) have felt like USSF disrespected the league by pulling players whenever was convenient for them, not when it was convenient for the league. This included pulling players from their teams outside of the FIFA windows to prepare for what, in the grand scheme of things, were meaningless friendlies.

However, the Tournament of Nations schedule proves that USSF is finally taking the NWSL and its needs into consideration. Need further proof? The U.S. U-23 women’s national team will also be participating in a training camp in Seattle from July 21-28. However, because the NWSL is currently in full swing, no professionals were included in the roster. The press release announcing the camp straight up says that: “Because this camp comes in the middle of the NWSL season, there are no professionals on the roster.” That means that NWSL clubs also won’t be without players like Erica Skroski, Dani Weatherholt, Christina Gibbons and Ashley Hatch.

While the Tournament of Nations schedule is not perfect—perfect would be if no teams would be without their internationals for Week 15 and all players had at least a full day of rest before reporting back—it is much better than it could have been and is a big sign of progress. The willingness of USSF to both schedule the ToN and organize a U-23 roster with the needs of the NWSL in mind shows an increasing respect between the two. Instead of big sister bossing little sister around, it seems to be slowly becoming more of what it should be: a mutual partnership. Yes, there’s still a long way to go, but at least we’re moving in the right direction.