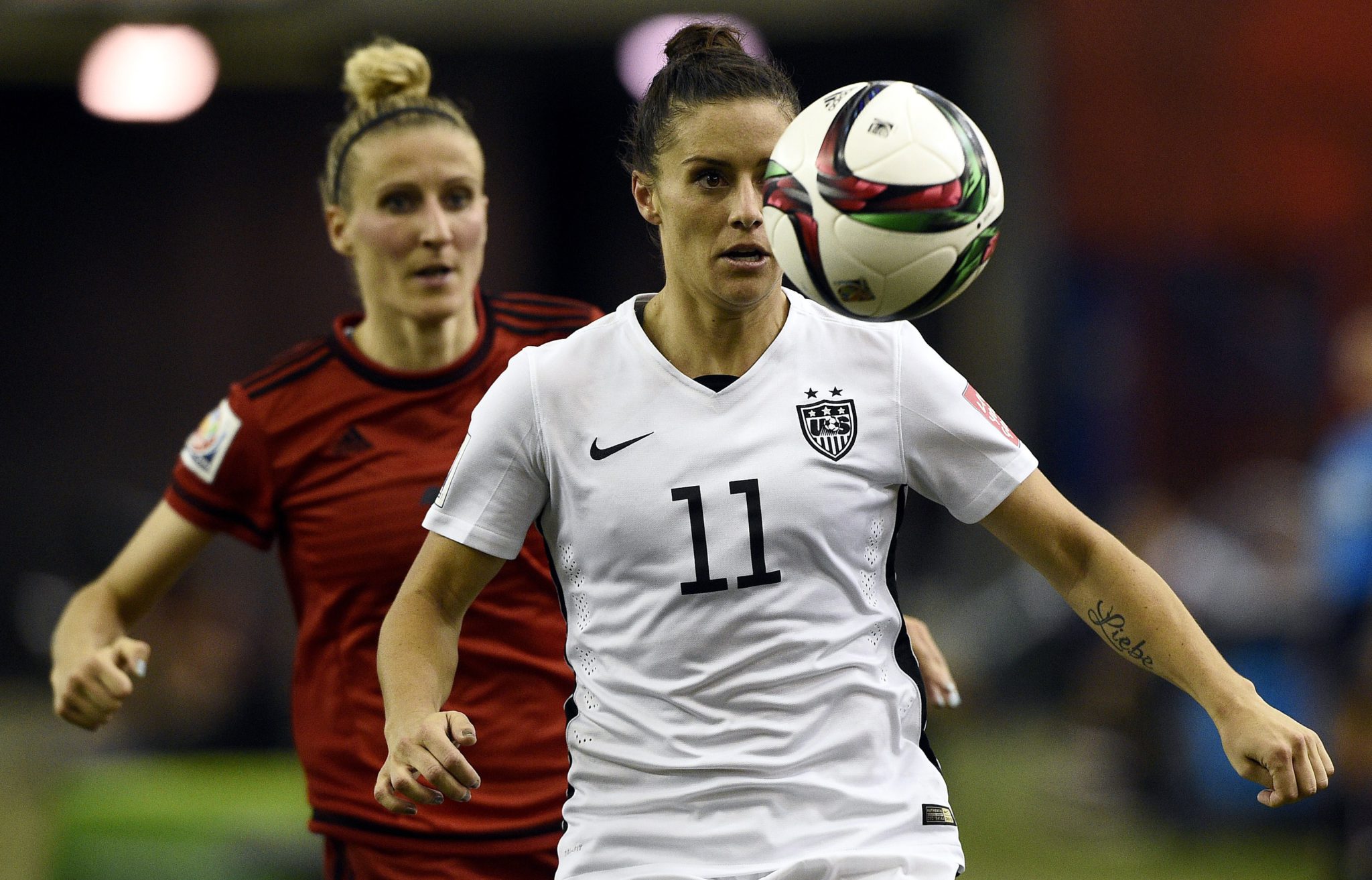 Jill Ellis has named 23 players to represent the United States in the inaugural Tournament on Nations. Players will report following Saturday’s NWSL matches with the USWNT kicking off the tournament against Australia next Thursday in Seattle.

The roster featured the return of Ali Krieger and the uncapped trip of Abby Smith, Taylor Smith (no relation), and Midge Purce. Abby Smith was rostered for recent friendlies against Sweden and Norway but did not see the field. Taylor Smith was in January camp but has never been called in with a chance to be capped while Purce’s callup is her first.

Morgan Brian and Alex Morgan are back on the roster after missing time due to injury. Sydney Leroux returns. She was on the Europe trip but did not play and still has not since having a baby last year.

The most glaring absence is Meghan Klingeberg who looks to have fallen below Casey Short on the depth chart. Also absent are Ashlyn Harris, Tobin Heath, and Rose Lavelle, all of whom are nursing injuries.

A 24th player, Sofia Huerta, will train with the team throughout the week but is not eligible to suit up for the US. Huerta and U.S. Soccer are currently pursuing a change of federation waiver from FIFA. The Red Stars forward has four caps for Mexico and represented Mexico at the 2012 U-20 World Cup. In recent years she has expressed interest in playing for the United States.

After playing Australia next Thursday, the USWNT will play Brazil on July 30 in San Diego and then Japan on August 3 at StubHub Center. If Krieger appears in two of the three matches she will be the 36th player to receive 100 caps from the team.

The full roster is is below with (caps/goals) in parenthesis.