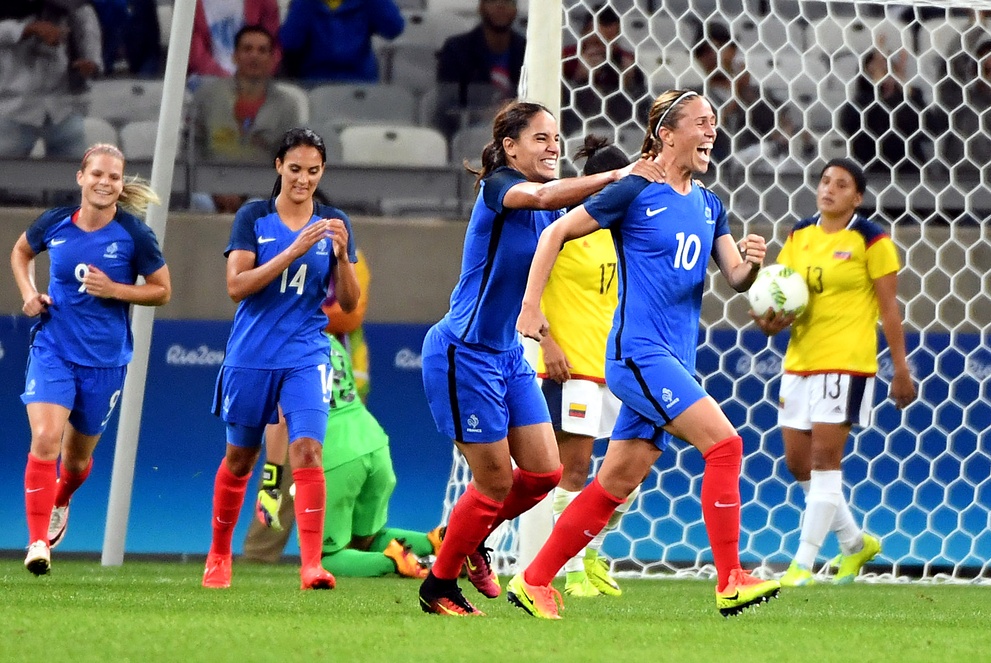 BREDA, Netherlands – This could be the year that France finally get things right and win a major tournament. Quite often we’ve seen expectations rise, only to see Les Bleus flop and disappoint when it matters. Coach Olivier Echouafni has his team buying in and playing for each other and not as individuals.

France’s opening match will take place in Tilburg at Willem II Stadion against Iceland on Tuesday night. The reigning SheBelieves Cup Champions have the talent and the depth to win EURO 2017, but whether they can put everything together remains to be seen. Paris Saint-Germain’s Kadidiatou Diani spoke about France being labelled as a favorite.

“Maybe we are,” said Diani, “but we have to prove it on the pitch. Right now, we have to qualify for the quarterfinals.”

There is a wait-and-see approach surrounding the French team. The players are waiting for an opportunity to show that they can deliver and silence any possible critics. The small number of media making the trip to cover France is not a surprise. They want to see if the team makes the quarterfinals before investing in coverage.

Assistant Coach Peggy Provost has said that the goal is to win a medal, make the semifinals and see what happens. Group C also features Austria and Switzerland. France is third in FIFA rankings and the class of the group. Reaching the knockout stage should be achievable, but with France you never know what could happen.

“Trust us, we’ve got the stuff,” said Provost.

We know they’ve certainly got the stuff with Camille Abily, Amandine Henry, Eugénie Le Sommer, Claire Lavogez, Gaëtane Thiney, Marie-Laure Delie and Élodie Thomis as attacking options. Playing together as team could be the biggest résistance for France.

“We have to take the match one by one,” said Provost. “We want to win together for the players, the coaches, stand by and injured players.”

Provost’s experience brings a balance to France. She has 92 caps for France and played in both the 2003 World Cup and EURO 2005. She understands where the players are coming from, and she can help communicate with the rest of the coaching staff.

She knows the pressure that the team faces at the EUROs and back home in France. The 2019 FIFA Women’s World Cup could be an unprecedented tournament for its hosts. France would love nothing more than to win EURO 2017 heading into that competition.

The 22-year old Diani knows that pressure is always around and that it’s only going to get bigger as the next World Cup nears. It’s how France deals with it that counts.

“I think that we can manage it. It’s obviously important for us to prove to the world, and Europe that we can bring a medal home right before this competition, but no big pressure,” Diani said.

EURO 2017 opponents won’t want to take France lightly. They’ve proven in the past that they can step up when you least expect it. It’s managing expectations and building together as unified team that will define how France performs at this tournament.