EURO opener expected to be close 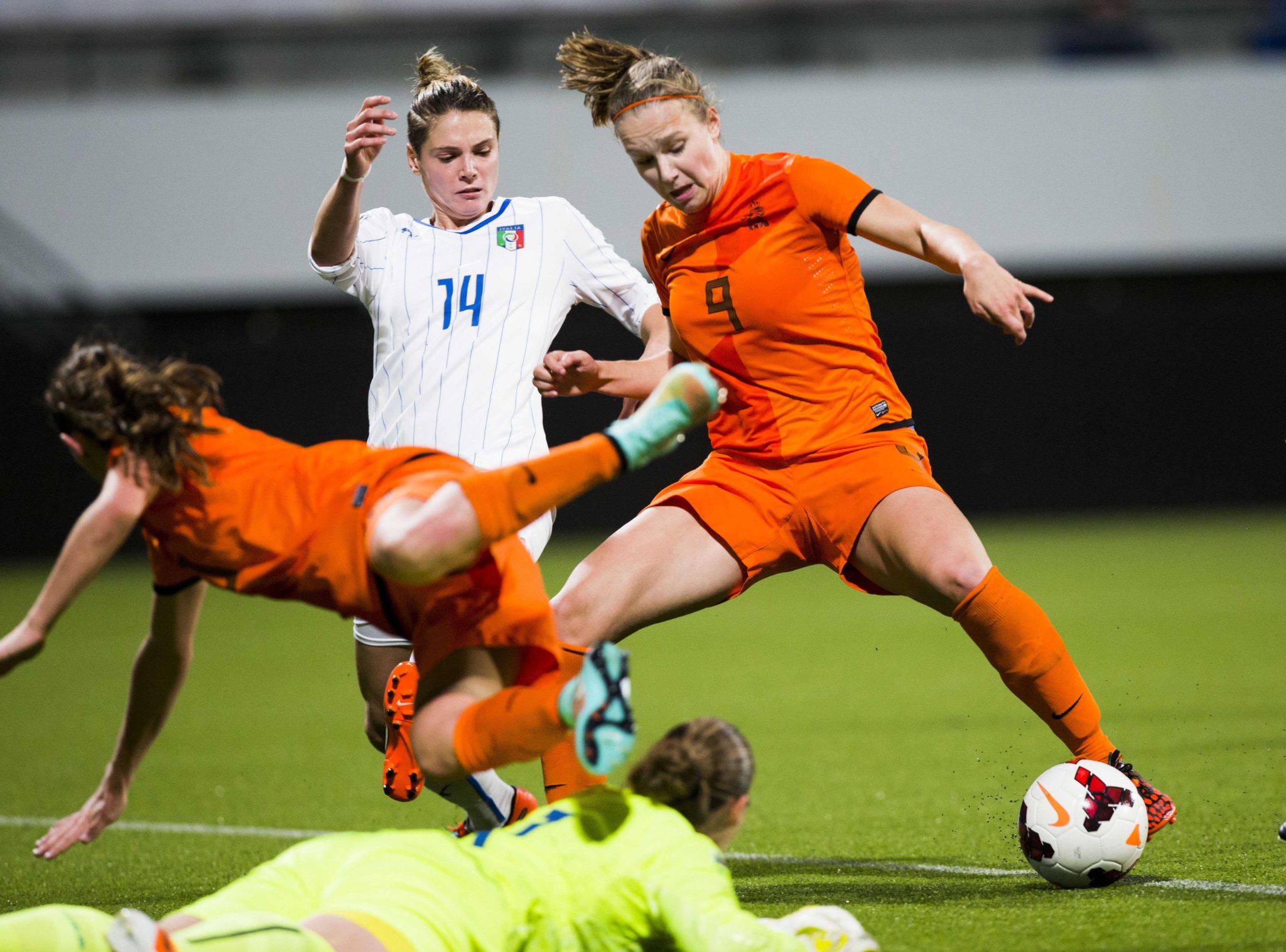 Vivianne Miedema (right) will look to help lift the host nations past Norway in the EURO tournament opener. (Getty Images)

UTRECHT, Netherlands – There’s little to separate hosts the Netherlands and dark horses Norway as they prepare to face-off in the opening game of the Women’s European Championship today. The two sides, ranked 12th and 11th respectively in the World Rankings, will open the competition in front of a sold-out crowd of 23,000 in Utrecht in the first match from Group A.

The two teams faced the media for the first time yesterday, with both Netherlands coach Sarina Wiegman and Norway’s Martin Sjogren both outlining what a tough opening challenge the match would present.

“We know it’s going to be really tough, Norway one of the top countries in women’s football,” said Wiegman. “I cannot predict what the result will be, but we will do our best.”

As for Sjogren, he was equally complementarity of his side’s opponents.

“They are a good team and have improved the last six months,” he said. “I have followed their games this year and the last three or four games they have more or less used the same players, so we have a clear picture of what they look like. We have much respect for Holland.”

One of the key things that could play a part in the result is the atmosphere. Walk around Utrecht city center and enter the designated fan zone, and a sea of orange is what you’re presented with.

With the Netherlands’ men’s side failing to qualify for EURO 2016 and getting knocked out at the group stage in 2012, there is expectation on the women’s side to do well in front of their home fans. While Wiegman was quick to play that down in her press conference and not enter into a debate about the men’s and women’s teams, there is a buzz about this team, with a significant number of new fans taking an interest.

As one of six female coaches in the championship from the 16 participating teams, Wiegman was asked whether she feels an added responsibility to be a role model for both her team and those following the women’s game in Holland.

“What I do is try to be the best coach I can be and help the players to be better, to win games and that is the only thing you can do. I don’t feel pressure as a role model. I know I am, but that’s me, I am a coach, and that is it.”

For Norway, they will need to be at their attacking best to overcome the Dutch, who themselves possess a real threat going forward. For coach Sjogren, overcoming the intense home atmosphere and a strong Netherlands side is their only focus for now, but he was adamant that the challenge would be hugely beneficial.

“The most important thing is to get a result, but to get a result you have to look at the performance – that’s the main focus, to perform at a high standard and a high level.

“We’re quite a new group of players, we have a mix between experience and those who haven’t been in this situation before. It’s an interesting mix and I think we have a pretty good chance of getting a good result. This experience will be good for us.”