We’re halfway through the season, and that means one thing: it’s all downhill to the playoffs. Houston and Seattle are trying to build on momentum, while Chicago hunts for the top spot. A handful of familiar faces returned last week, but another set has departed for Europe. With 12 games left, fortunes can change for any team. The second half of the season awaits in Week 12.

GAME  OF THE WEEK 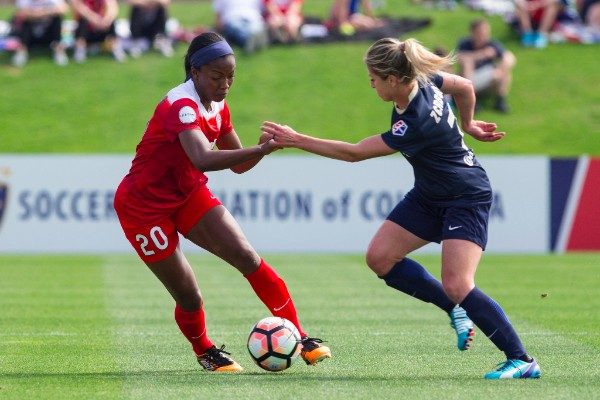 The high-flying Reign visit top dog North Carolina for the first time this year. While the Courage stumbled against Sky Blue, looking sluggish despite not playing a midweek game, they still hold onto the top spot by a point. Something they want to avoid is last season’s second half slump, in which they ended up creeping into the final playoff spot over none other than Seattle. They have Jess McDonald back, so keep an eye on the chemistry between her and Ashley Hatch, who has led the team’s offense while receiving starts. Both teams like to bring pressure, and it may come down to the ability of Sam Mewis and McCall Zerboni to break it up and reverse course against the Reign.

With Megan Rapinoe in the form of her life, Nahomi Kawasumi quietly getting the job done, and Jess Fishlock working tirelessly to keep the midfield alive, Seattle is firing on all cylinders, and that’s not to mention Laura Harvey surprisingly getting results out of rookies Katie Johnson and Kristen McNabb. However, one big problem: Fishlock is out with a knee injury, leaving a hole not many players in the world can fill, much less the Seattle bench. How the rest of the team steps up and how long Fishlock is out could determine the rest of the Reign’s season. They also only have one win on the road this year (against a rather hapless Houston side), and like nemesis Portland, have always been much better at home. They dominated the Thorns last week and scrapped together a win against Chicago  and a draw against FC Kansas City before that despite going down a player early, and they did so with relentless energy. The question remains if they can do so in the Carolina heat after traveling across the country.

Barring a stumble for a few games, Dalhkemper has more than earned her recent USWNT call up, pairing with Abby Erceg to become a force to be reckoned with. She has the pace and decision making to keep up with the best, and that’s who she faces against Rapinoe.

Like many holding midfielders, Utsugi is a bit of an unsung hero for Seattle, but she’s filled Keelin Winters’ spot admirably. Her ability to quickly restart the attack will be key for a Reign victory. 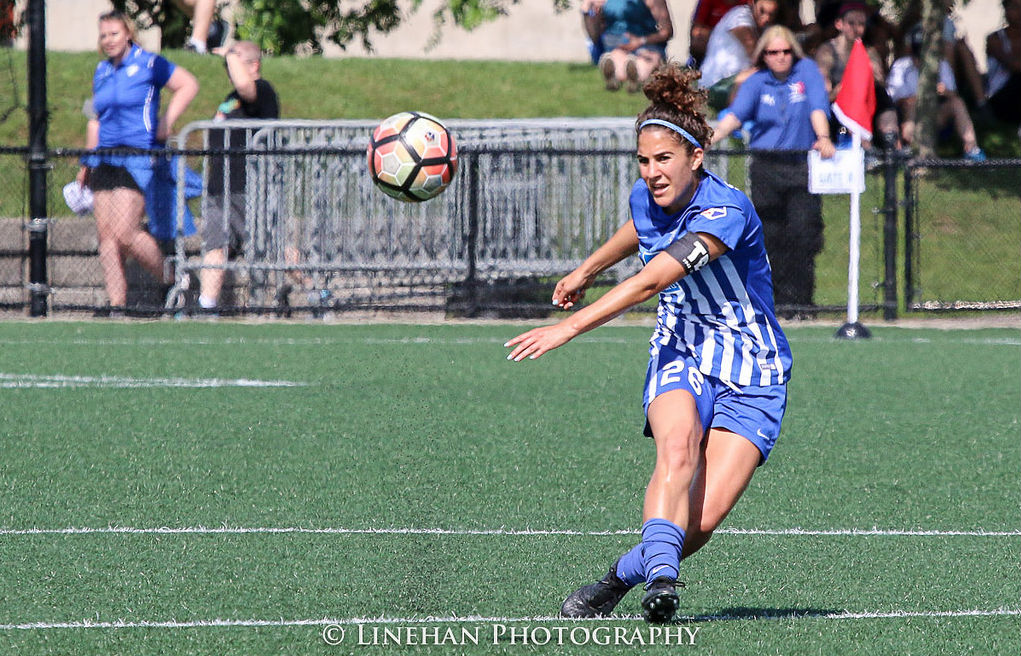 Boston got the monkey off their back with a win over Washington last week, but they face an uphill battle against Chicago. Abby Smith is back on the roster and could return to the net, although Sammy Jo Prudhomme has done well in her debut, only giving up one goal in three games. Morgan Andrews has settled into her role in the midfield as well upon finally getting quality minutes and will have her work cut out for her getting past Julie Ertz. Still missing Rose Lavelle, Boston also has to deal with the loss of Emilie Haavi and Amanda Da Costa to the Euros.

Speaking of, it’s that time of the season when Chicago’s preference for locals over internationals pays off. Rested after a week, Casey Short and Arin Gilliland should return to the starting XI. They scratched out a late win in Orlando thanks to a penalty but would have liked to put it away earlier. They’ll want more possession than the 38% they managed against Orlando, especially facing a scrappy Boston side. One key to that may be finding a way inside the box more often, as the Pride mostly limited them to shots from distance, however dangerous they may be. 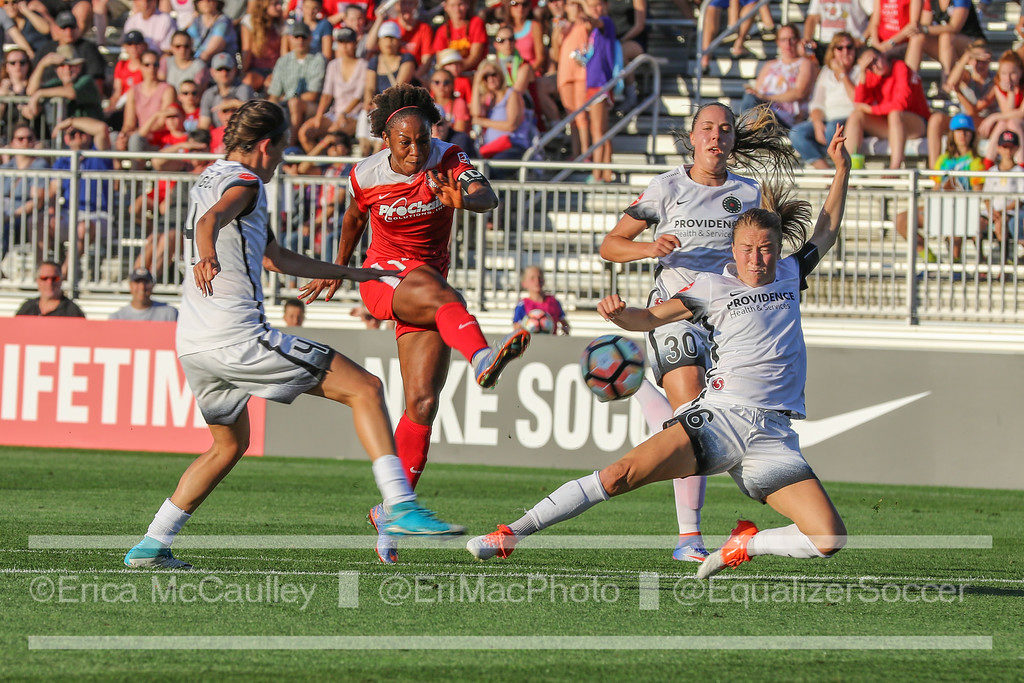 Francisca Ordega is getting more help in the attack. (photo copyright EriMac Photo for The Equalizer)

While much of the buzz of this game is focused around Ali Krieger’s return to Washington, the real story is how she and her backline are going to handle one of the speediest attacks in the league. The return of Mallory Pugh plus Estefania Banini’s 2017 debut showed promise last week, though they couldn’t get it done in Boston, and the Spirit are well suited to take advantage of the high line the Pride prefer. Elsewhere, Stephanie Labbé and Estelle Johnson are in fine form, but the rest of the defense have shown moments of weakness and needs to work better together. Look for this game to go end to end.

Banini wasn’t the only one to make her debut last week, as Alex Morgan made her first appearance for the Pride this season. However, it was too late to do anything against Chicago. If Morgan is anywhere near to the form she demonstrated in France, Orlando should be much more dangerous on the attack, and her style of play is likely to work well against Whitney Church. Marta can create chances and Morgan can finish them, but it remains to be seen if they can connect once more. The Pride will be counting on their midfield to resist their tendency for turnovers, which would unleash Washington’s transition attack. This game may come down to who can get off on a strong foot first and bring the most pressure.

Can anyone stop Sam Kerr? One of the best goalkeeper-central defense combos in the league is going to try. The Australian snagged a win at North Carolina last week but was unable to do the same a few days prior against Orlando despite putting up one of the best goals of the year. Her defense let her down in that game but improved in North Carolina, minus a few lucky moments. They’re likely without Erin Simon again, so they’ll want a more solid performance from Mandy Freeman. If it comes down to midfields, advantage to Sky Blue, who will become the first team to play their 100th NWSL regular season match this weekend.

Unfortunately for Kansas City, they appear to be running out of answers. Questionable calls or not, they allowed Houston to come from behind and capitalize on a 10-woman FCKC squad, losing Lo’eau LaBonta, one of the season’s most improved, for a game in the process. The good news is Shea Groom got her first goal in nearly a year. The bad news is Sydney Leroux’s form still hasn’t lived up to her reputation. The even worse news is that the defense hasn’t had a clean sheet in 6 games. Despite that, they’re still capable of standing up to Sky Blue’s pressure and breaking with a long ball over the top. Hey, whatever works, right? 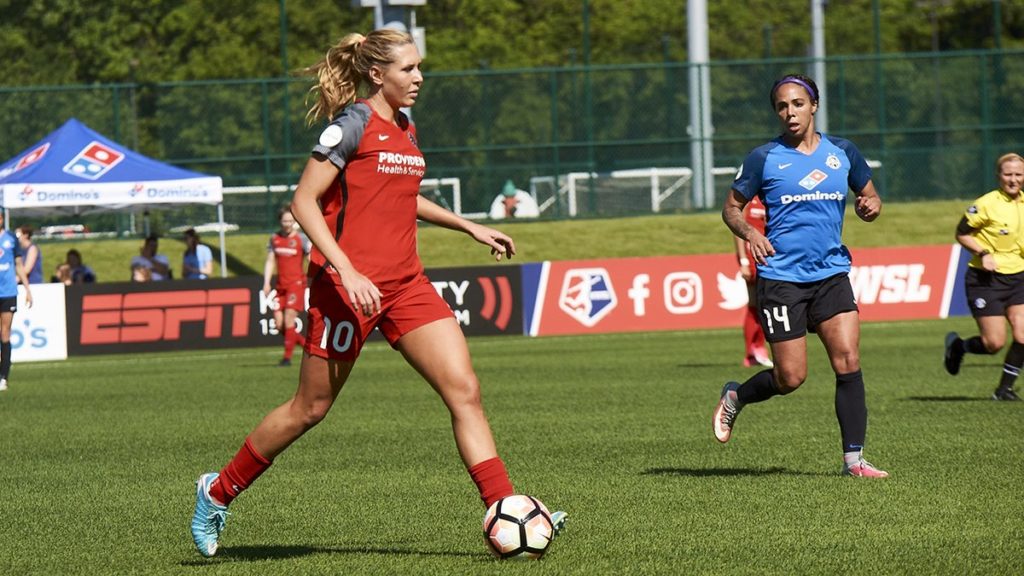 When Houston hosted Portland last year, they broke their scoreless and winless streak, kicking off Kealia Ohai’s amazing 11-goal run with a 3-0 victory. They enter this match on slightly better footing, in seventh place on a three-game undefeated streak. However, those results have come against teams in the bottom half of the table, and they’ll face a much stronger challenge against Portland. Not to mention, they’re without Ohai for the rest of the season. The Dash would do well to take a leaf out of Seattle’s playbook and keep the pressure on the Thorns, who proved to be very susceptible to it. They haven’t won a game at home since the season opener, but they’re not traveling for the rest of July, so now is the time to pick up points.

Who exactly is Portland this season? At times, they’ve looked dominant, as they did last week against Kansas City. At others, they’re lost, such as in last weekend’s visit to Seattle. Four out of their five wins have come at home, so they need to dig a little deeper on the road to get back into the playoff conversation. Nadia Nadim, Amandine Henry, and Dagný Brynjarsdóttir have all departed for the Euros, and Henry in particular leaves a gap in midfield that Portland’s bench will have a hard time filling. Meghan Klingenberg will have her hands full with Rachel Daly and needs to avoid getting caught up the pitch. The Thorns need to take advantage of the Dash’s disorganized backline and get on the board first.