Rookies Midge Purce and Sammy Jo Prudhomme combined to give the Boston Breakers a 1-0 win over the Washington Spirit on Saturday at Jordan Field. The Breakers’ first win since the last weekend in April came on the strength of Purce’s 1st NWSL goal and Prudhomme’s second consecutive clean sheet. The result vaults them over the Spirit and into 8th place pending the result of the Houston Dash match on Sunday.

Purce and Prudhomme will be the ones starring in the box score but the shutout would have been out of the question early if not for Brooke Elby. A 7th minute corner kick by Kristie Mewis was redirected by Whitney Church and looked like it would give the Spirit the lead but a patient Elby stayed home on her post and headed it off the line.

The first half in particular was played in a vicious wind that was at the backs of the Spirit. The Breakers though, had much of the possession and the Spirit spent too much time chasing to take much advantage of the conditions. For their part the Breakers too often sent long balls in the air that were rendered ineffective after being knocked down by the wind.

Andrews has a go but Labbé makes the save. #BOSvWAS pic.twitter.com/RJmASxmakU

Morgan Andrews was the one Breaker able to beat the wind. The rookie midfielder was able to straighten out a long shot with a ticket for the upper corner. Only a spectacular, leaping save by Stephanie Labbe kept it out of the net.

The second half saw the return of Mallory Pugh who was injured during warm-ups of the United States friendly against Norway and missed the Spirit’s first two matches out of the FIFA break. The youngest player ever to score in an NWSL match nearly did it again at the stroke of an hour. Dribbling on the right side of the Spirit attack, Pugh reached the top corner of the penalty area and hit a screamer that smashed into the crossbar and bounced away before it was safely played back to Prudhomme. 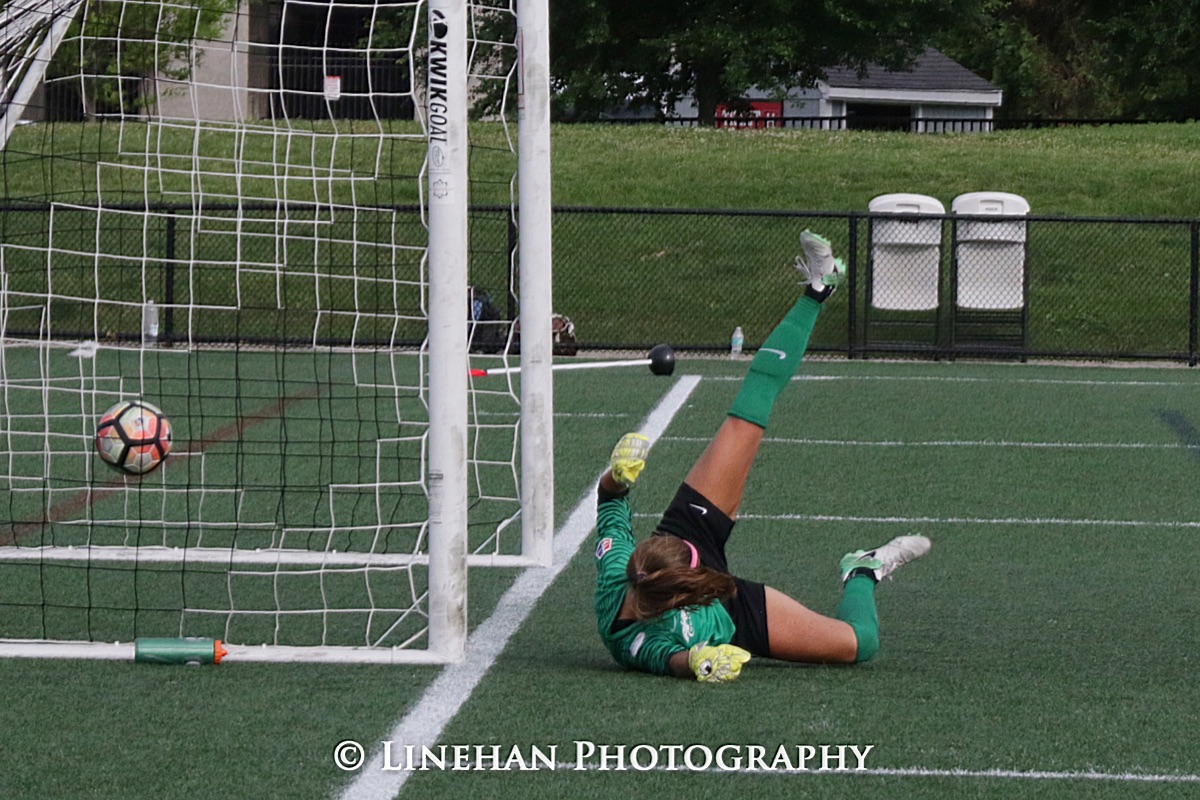 The turning point of the match began when Elby made an aggressive takeaway and found Rosie White in transition. White fired a shot and Labbe made another splendid save, this time diving low to her right and deflecting it out for a corner kick.

White then took a short corner kick high to purce who beat Francisca Ordega for space and then shot to the near post, beating Labbe for the only goal of the match.

The win for the Breakers (3-6-3, 12 pts) gives them the same number of wins they had in the entirety of 2016 and snapped a string of eight straight without a victory. They are back at it Friday night at home against the Red Stars in a match that will be part of a weekend honoring former U.S. national team head coach Tony DiCicco. The Spirit (3-6-2, 11 pts) return home next Saturday and will welcome former captain Ali Krieger and the Orlando Pride back to the SoccerPlex.