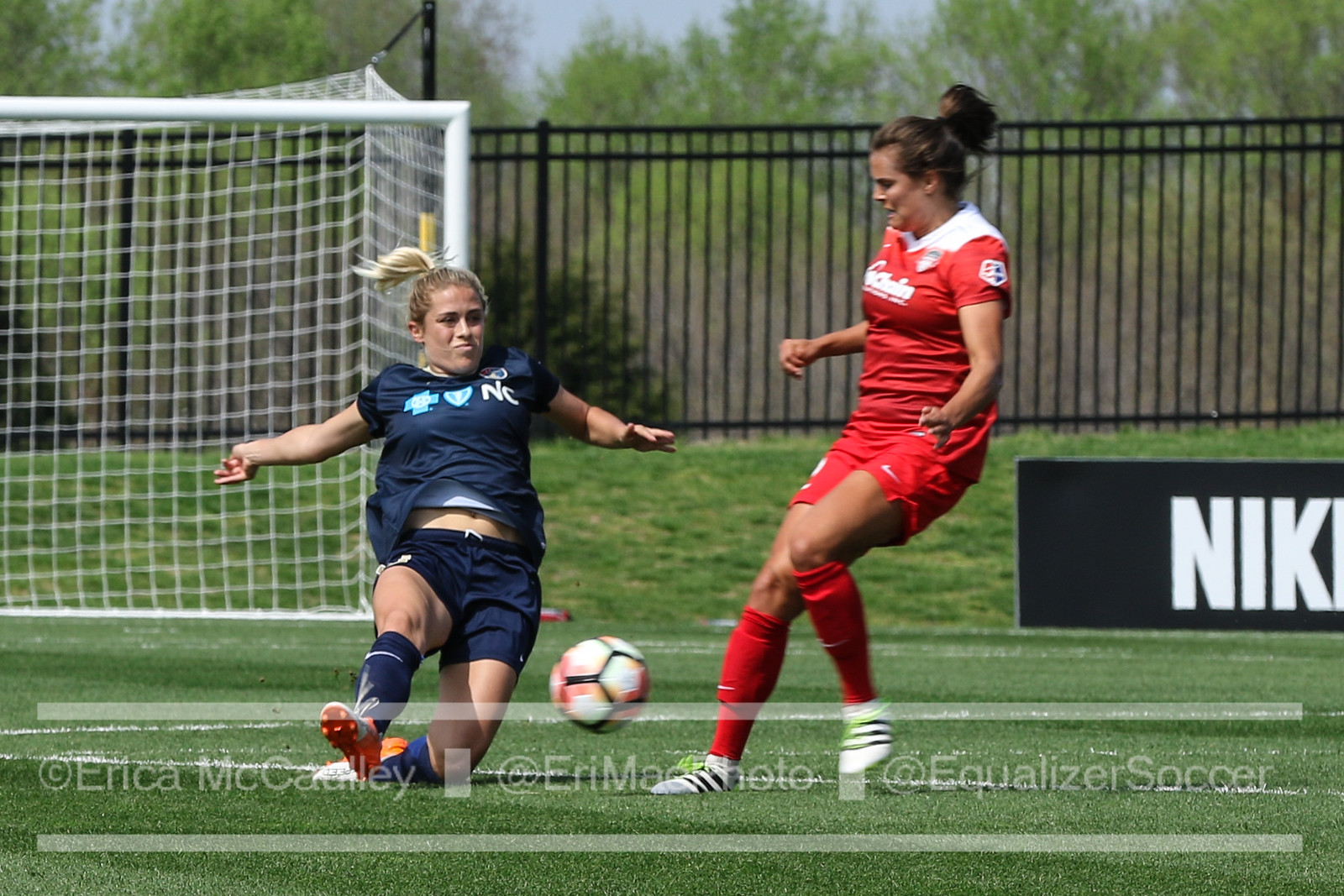 Spirit forward Katie Stengel has been waived by the Washington Spirit. (photo copyright: EriMac Photo for The Equalizer)

Today, the Washington Spirit announced that they have waived forward Katie Stengel and midfielder Cameron Castleberry.

This decision to waive two players was a necessary one because as of yesterday, the Spirit were two players over the league roster limit. Yesterday, the club announced the signing of Chilean-international forward Yanara Aedo. Aedo comes to the Spirit from Valencia CF. Prior to that, she was a member of the Washington Spirit Reserves for two W-League seasons. A little over a week ago, the club announced the re-signing of Argentinian-international forward Estefania Banini. Banini is returning to the Spirit after a short stint at Valencia as well. Before her time in Spain, Banini played for the Spirit in 2015 and 2016. In 2016, she made nine starts and saw time in 13 matches despite battling injury throughout the year. She recorded give goals in a seven-game stretch as well. In 2015, she played in only four games before an injury sidelined her for the year.

Stengel joined the Spirit for the 2016 NWSL season and scored four goals in her first year with the club. She  made 10 starts and 19 appearances for the Spirit which included time during the 2016 NWSL Championship match. Castleberry came to the Spirit via the No.36 overall pick in the 2017 NWSL College Draft. The Tar Heel alum made only two appearances this year.

Ada Hegerberg looks to lead her Norway squad to success in this summer’s European Championships.

Norway head coach Martin Sjoren announced his 23-player roster that will compete in this summer’s EURO, set to kick off next month.

Most recently, Norway fell to the USWNT in a friendly earlier this month by a score of 1-0 but held their own against one of the world’s best. Prior to that, they had a disappointing finish in Portugal, placing 11th at the Algarve Cup in March.