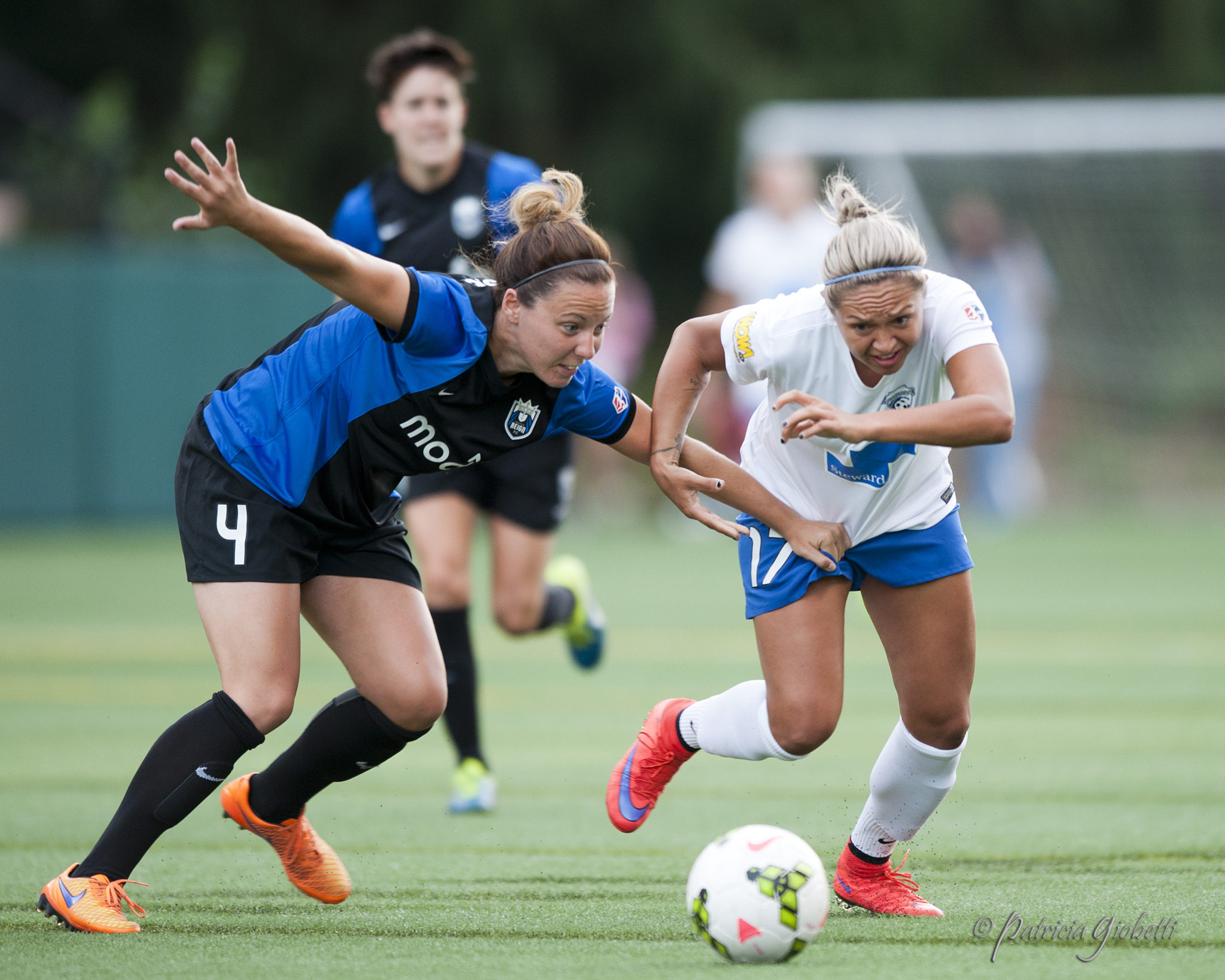 Just days after the dispute between Scotland’s women’s national team and the Scottish Football Association was resolved, head coach Anna Signeul has announced her 22-player roster for next month’s European Championships.

Despite currently being sidelined with a left knee bone bruise, Seattle Reign defender Rachel Corsie was one of the players tapped to represent Scotland at the first major tournament for which the nation has qualified. However, the team will be without former Reign midfielder Kim Little, now with Arsenal Ladies, and Manchester City’s Jen Beattie, as the pair are out with a ACL and ankle injuries, respectively. Beattie’s injury was only announced by her club earlier today, which may account for only 22 players on Scotland’s roster.

Scotland was drawn into a tough Group D where they’ll have to face England, Portugal and Spain. The team opens up group play against England, the fifth-ranked team in the world, on July 19. They next face Portugal on the 23rd and close out the group stage against Spain, the 2017 Algarve Cup champions, on July 27.

The tournament is Signeul’s last at the helm of the Scottish women. Following the conclusion of Scotland’s tournament, Shelley Kerr will take over as the team’s head coach. 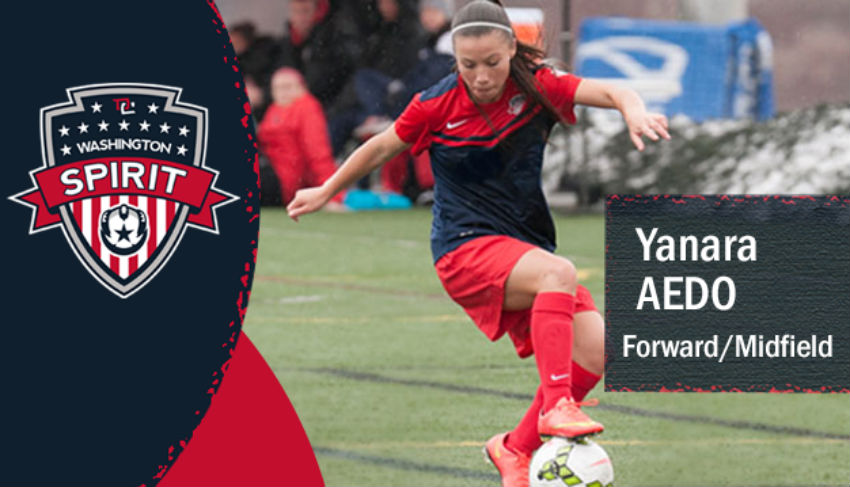 Like recent re-signing Estefania Banini, Aedo comes to the Spirit after playing this year for Spanish club Valencia CF. Before her stint overseas, Aedo was a member of the Washington Spirit Reserves, where she played from January 2015 to September 2016. She led the Reserves to the 2015 USL W-League title after scoring a brace in the team’s 2-1 championship win over the Colorado Pride.

“We look forward to bringing Yanara back to the club as a fully contracted professional,” head coach and general manager Jim Gabarra said in a team release. “She has worked tremendously hard training with our pro team and playing with the Reserves the past two seasons. Her qualities as a player will help us continue to improve and compete every week.”

Aedo is also a member of Chile’s national team, scoring her first goal in her first cap in 2010 when she was just 17 years old. She has been a regular on the Chilean roster ever since, most recently being called up for the team’s friendly against Peru in May.

With Aedo’s signing, the Spirit are now two players over the league roster limits. Once the team receives the ITCs for her and Banini, they will be waiving two current players to make room for the internationals.

Four NWSL pros up for NCAA Woman of the Year

Christina Gibbons is one of four NWSL players nominated for the 2017 NCAA Woman of the Year. (photo copyright Lewis Gettier)

The NWSL was represented by four professionals in this year’s NCAA Woman of the Year list of nominees. Sky Blue FC’s Raquel Rodriguez and McKenzie Meehan, FC Kansas City’s Christina Gibbons and Chicago Red Stars’ Morgan Proffitt were included among the 543 nominees from Divisions I, II and III to be nominated.

In total, 84 soccer players were nominated for the award. Other notable nominees are Kadeisha Buchanan, who advanced to the 2016 NCAA College Cup Final with West Virginia before going on to win the treble with Olympique Lyonnais in the first half of 2017, and New Zealand-international and Tennessee alum Hannah Wilkinson. Wilkinson went unselected in the 2017 NWSL draft before signing with Vittsö GIK of Sweden’s Damallsvenskan.

Nominees were chosen by colleges and universities, who were encouraged to nominate the top student-athlete who had both exhausted their eligibility and graduated. The 543 submissions will next be narrowed down to just two nominees per conference, and from that list, 10 honorees from each of the three divisions will be chosen by an award selection committee.

In September, that list will be further narrowed down to just nine women, three finalists from each division. The NCAA Committee on Women’s Athletics will choose then the Woman of the Year from those finalists. The 30 honorees will be recognized and the 2017 Woman of the Year will be announced in a ceremony on October 22 in Indianapolis. 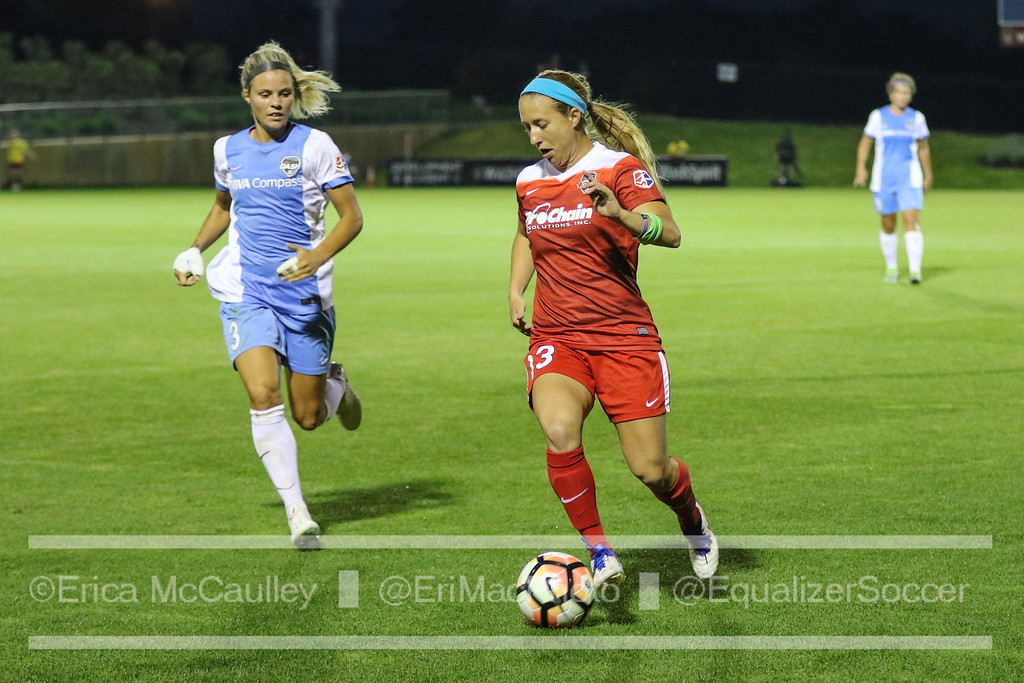 Crystal Thomas, who made one appearance with the Spirit, has now signed with a Norwegian club. (photo copyright EriMac Photo for The Equalizer)

Less than two months after being waived by the Washington Spirit, forward Crystal Thomas has signed with Medkila IL in the Toppserien, the top tier of women’s soccer in Norway.

Thomas, who went undrafted in the 2017 NWSL College Draft, was invited into the Spirit’s preseason camp as a trialist. She was then signed by the Spirit in the wake of injuries—Joanna Lohman, Cheyna Williams and Katie Stengel—at the start of the 2017 season.

The forward made her professional debut with the spirit on April 27, playing 30 minutes in the Spirit’s 1-0 loss to the Houston Dash at the Maryland SoccerPlex. Her time with the club was only temporary though, as the Spirit again parted ways with the forward on May 19.

Before turning pro, Thomas led Georgetown to their first ever College Cup appearance after scoring the lone goal in the Hoyas’ quarterfinal win over Santa Clara. She had previously advanced to the tournament’s Elite Eight with Notre Dame before transferring to Georgetown. However, the Hoyas fell to the USC Trojans, who would go on to win the College Cup Final.

The Kronick Report: Lloyd rocket highlights return to Houston
The Lowdown: The ups and downs of life in the middle of the table