The top two won. The secon two lost, but maintained their positions on the table. The Reign earned a point playing with 10 women for 87 minutes. And the Dash extricated themselves from the bottom of the table. It was Week 10 in NWSL. 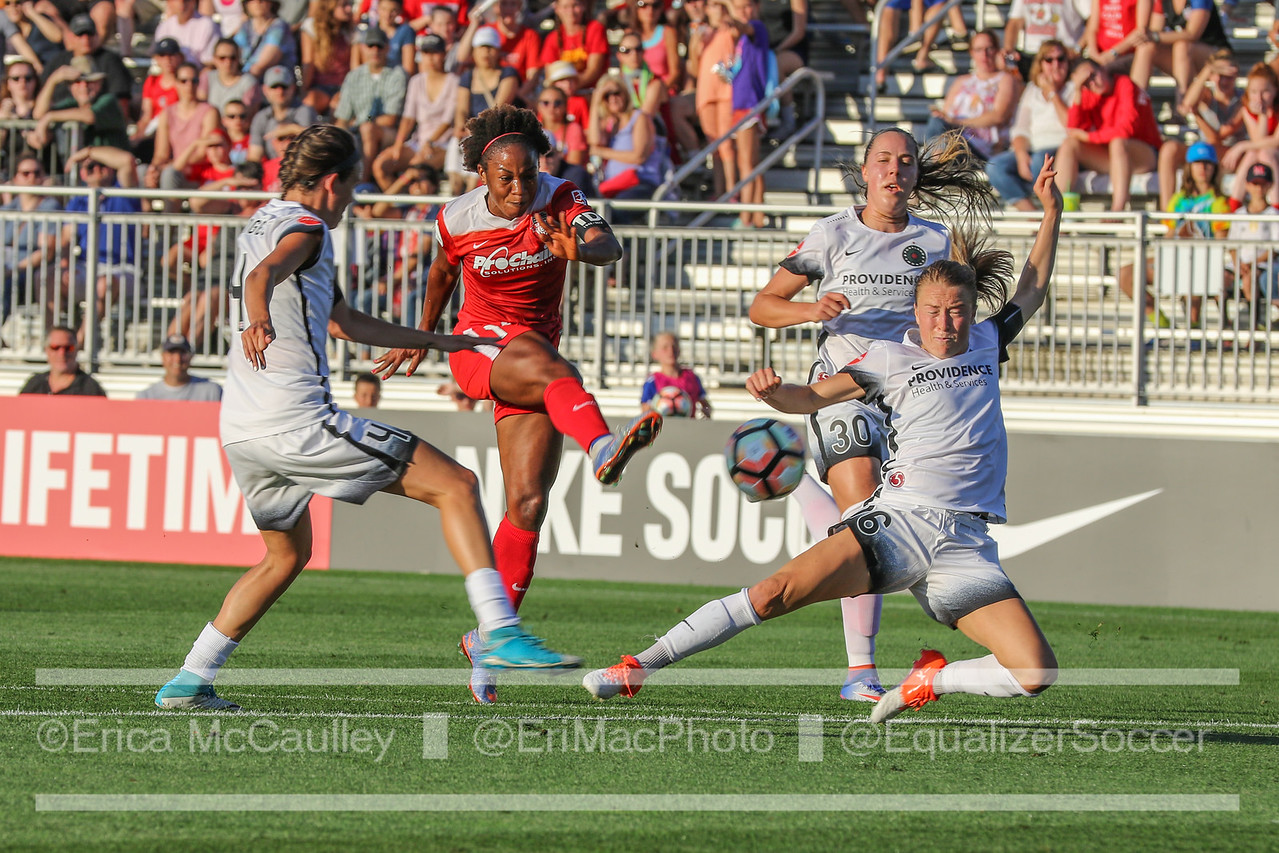 Helpless Thorns defenders look on as Francisca Ordega unleashes the shot that scored the only goal in Saturday night’s game. (photo copyright EriMac Photo for The Equalizer)

Orlando Pride coach Tom Sermanni: “I just think we had too many players who played poorly. It is as simple as that. The tactics weren’t an issue. We obviously tried to change things when we were chasing the game in the second half as you have to do. But I just think on the day we had too many players who were poor. We didn’t keep the ball well, we weren’t aggressive enough with the runs, we didn’t move the ball quickly enough. And just on the day we didn’t play well. Whatever reason, I don’t know, but that happened on the day. And credit to Houston. Houston went out there and they played well today and they got the all important first goal, which, when you are a team where they are in the league, getting that first goal gives you that extra impetus and extra confidence. But it’s important that when that happens you have got to match that, and I don’t think we did today.”

Here are some storylines we’ll be following during Week 11:

-Injury updates on Kealia Ohai and Danielle Colaprico
-How will clubs handle/react to Wednesday matches
-Will the go90 streams ever start to function properly?
-Are the Breakers already too far gone for a playoff run?
-Just what was up between Jim Gabarra and Mark Parsons on Saturday night?