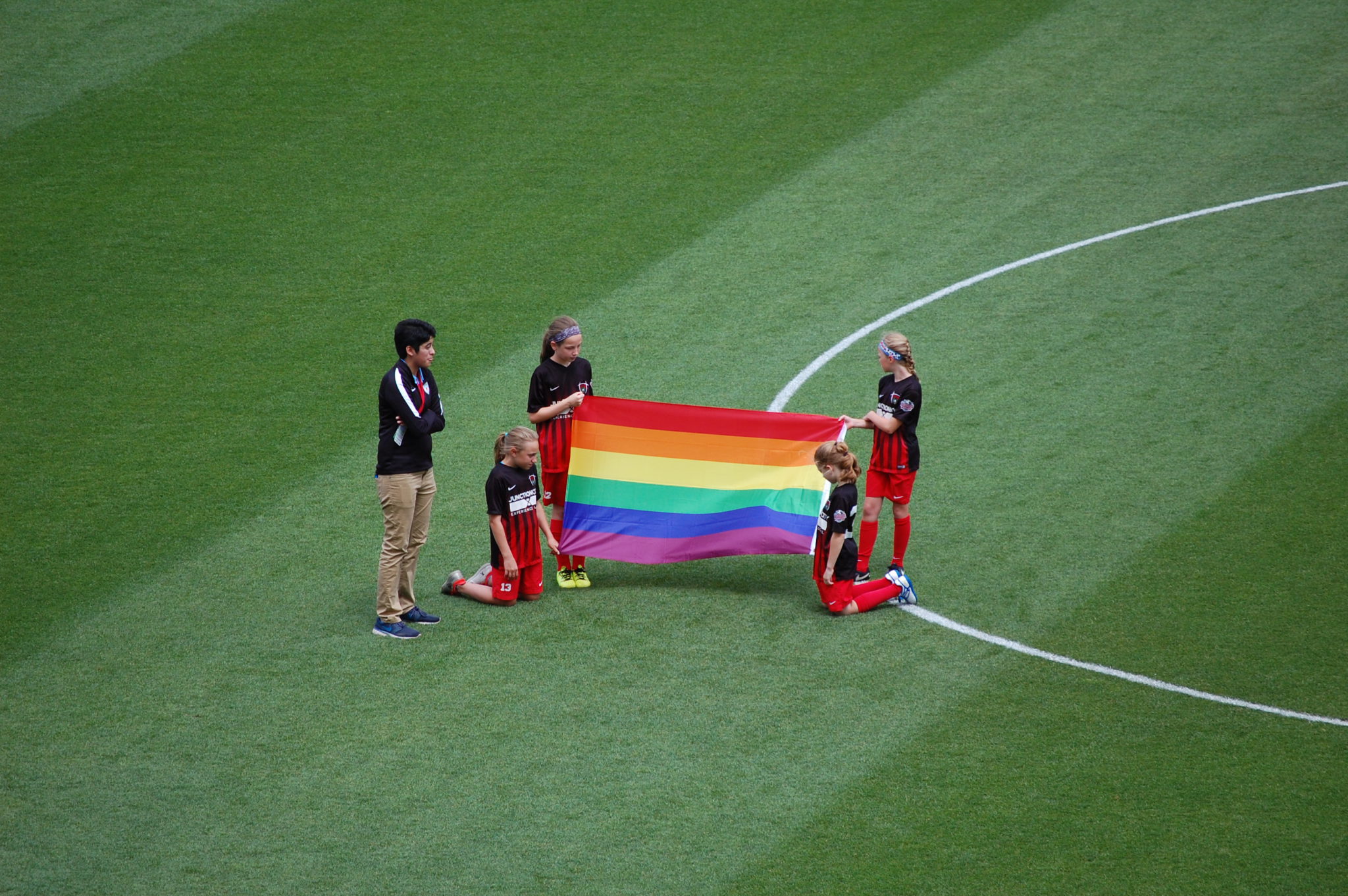 Bridgeview, IL – The Chicago Red Stars celebrated Pride Day on Saturday afternoon, playing to a 1-1 draw with the Washington Spirit.

Pride festivities for Chicago included Pride game tee-shirts for the fans and special warm-ups for the players—which were auctioned off during the game to benefit the Illinois Safe Schools Alliance.

No one else will have it. Get a player worn pride warmup tops. The auction has started.

“You can really do no wrong if you’re encouraging people to be able to exercise their right to be themselves,” Red Stars’ forward Stephanie McCaffrey told The Equalizer after the match. “I’m thankful to be part of an organization that has great morals and values.”

McCaffrey is also participating this season in Playing for Pride, helping raise money that benefits the Human Rights Campaign.

“It’s a great cause and everyone should get to be who they are,” explained McCaffrey. “Anything I can help to do to move that needle, I wanted to take advantage of.”

The Playing for Pride roster currently includes 10 players from the National Women’s Soccer League and includes McCaffrey’s close friends, Kristie and Sam Mewis. Kristie played 90 minutes for the Spirit in Saturday’s draw and explained after the match her decision to contribute this year.

“It’s just great to take a stand and be a part of something like that,” said Mewis. “My sister, Steph McCaffrey, and I all chose to do it together. It’s something that I really believe in and wanted to do and put myself out there with it.”

?? x ?️?. We are so happy to announce that the #USWNT will wear pride-inspired rainbow numbers in June!

“For [the U.S. players], it represents equality more than anything and that’s what the team represents—that’s the message we want to send,” noted Short. “It was pretty cool to be able to do that and do it in another country.”

Like the Red Stars, U.S. Soccer also auctioned off their pride jerseys, partnered with another organization, the You Can Play Project, in their efforts.