A record 61 teams have qualified for the 2017/2018 UEFA Women’s Champions League (UWCL), coming from 49 different associations and including 11 newcomers. One of the newcomers is AFC Ajax, which reportedly signed American Toni Payne back in February.

Forty teams will participate in the qualifying rounds, while 21 others—including reigning champs Lyon— have received byes into the Round of 32. Also in that group are VfL Wolfsburg, FC Rosengård, Bayern Munich, Manchester City, Chelsea and Montpellier HSC, a number of which include Americans on their rosters. Newcomer Fiorentina is one of the 21 to automatically advance to the elimination rounds.

Paris Saint-Germain, which advanced to the UWCL Final before losing to Lyon in penalties, was eliminated from the Champions League as a result of that loss and a 3rd place finish in league play.

The Champions League Final take place on May 28, 2018 at Valeriy Lobanovsky Dynamo Stadium in Kiev, Ukraine, marking the first UWCL Final to be played in Ukraine. 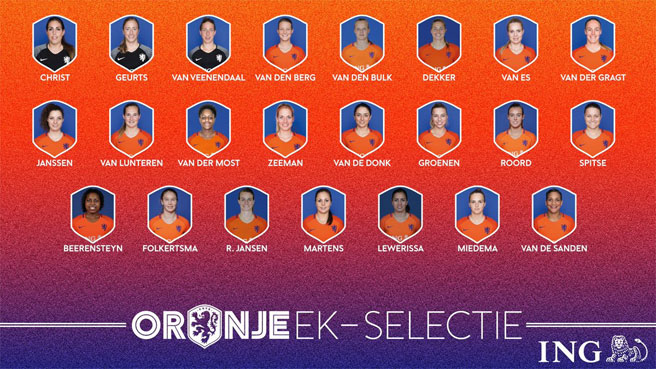 Sarina Wiegman, head coach of the Netherlands women’s national team, has named her 23-player roster for the 2017 European Championships. Nine “standby” players, or alternates, have also been named, with Wiegman submitting her finalized roster no later than July 5.

{THE LOWDOWN: Jordan Angeli and the club no one wants to join}

The Netherlands is the host country for the tournament, which kicks off on July 16. The hosts are in Group A, meaning they’ll be taking on Norway, Denmark and Belgium in group play. They open up their tournament on July 16 against Norway.

According to Katja Kragelund, Orlando Pride forward Christina Burkenroad has left the club and the NWSL to sign with Toppserien club Grand Bodø. At the time of publication, no official statement from Orlando Pride nor Burkenroad had been made concerning her departure.

Burkenroad was drafted by the Pride in the 2016 NWSL College Draft, the club’s first college draft, as the No. 15 overall draft. In her time in Orlando, she has played 260 minutes in 8 appearances. She has only seen the field one time for the Pride this season.

Her collegiate career differs greatly from her professional career thus far. She played in 83 matches for Cal State Fullerton, scoring 24 total goals and recording 18 assists. Her 11 assists during her senior campaign put her ninth in the nation in assists, and that combined with her 11 goals in 21 starts her senior year saw her named to the NSCAA All-West Region First Team.

Cruz to be honored at Costa Rica MNT match 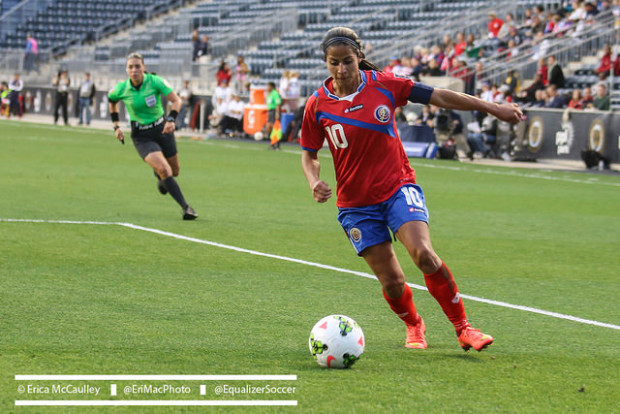 Shirley Cruz, along with five others, will be honored at Sunday’s match between the men’s national teams of Costa Rica and Colombia. The Board of Directors of the Liga Deportiva Alajuelense Association decided to honor Cruz a few weeks ago for her outstanding soccer career.

“No soccer player in the country has the performance of Shirley Cruz, is an ambassador that fills us with pride to all Costa Ricans. The least we can do is recognize their effort and dedication,” Fernando Ocampo, president of the institution, said.

Cruz grew up playing soccer in Costa Rica and played on a number of clubs there before debuting with the national team in October 2002. She has been an integral part of the Costa Rican squad and was a member of their historic 2015 World Cup roster.

In 2005 Cruz became just the second Costa Rican to sign with a club outside of her home country when she signed with Olympique Lyonnais in France. Cruz made her debut for Lyon in 2006, and in her six seasons with the club, made over 100 appearances, including the French Cup and Champions League. In 2012 she signed with her current club and Lyon rivals, Paris Saint-Germain, where she has since made 87 appearances. Most recently with the club, she played in the French Cup and Champions League finals, falling to Lyon in both.

The Lowdown: Jordan Angeli and the club no one wants to join
NWSL Week 9 Preview: The Break is Over