Former Seattle Reign FC defender Stephanie Cox is back – as a coach. (Photo Copyright Patricia Giobetti for The Equalizer)

The Seattle Reign announced a number of changes to their coaching staff today. In a previously reported move now official, former Reign and USWNT defender Steph Cox will be an assistant coach. Cox played with the Reign from 2013-2015, helping the team win back-to-back Shields and championship appearances in 2014 and 2015, making the NWSL Second XI in both seasons. She appeared with the USWNT from 2006 to 2013, winning a gold medal at the 2008 Olympics.

“Not having Steph around us in 2016 was different,” said Reign head coach Laura Harvey. “I spoke with her and said I’d love her to be part of our staff in any way that she could. Her experience and knowledge of the game and what she can give back to the players in terms of things she went through is massive. She’s someone the players can really speak to and learn from both on the mental side of the game and tactically as well.”

“I hope I can bring a player’s perspective to the coaching staff,” said Cox. “My focus will be primarily on the backline. This season we have the most defenders that we have ever had, and I want to help them all develop and be prepared for their role and maximize their different opportunities on the field.”

Goalkeeper coach Ben Dragavon, who was also announced as a full assistant coach with the Reign’s 2017 preseason roster, has stepped down after working with the Reign since their inception. He will be replaced by former Guam international Doug Herrick. Herrick led the Saint Mary’s Gaels to Elite Eight and also spent time with the Seattle Sounders U-23 team.

“I’d like to thank Ben for his commitment to the club over the past four seasons. I wish him every success in his future endeavors,” said Harvey. “We’re pleased that Doug has been able to seamlessly transition into the role and are excited to have him as a member of the coaching staff.”

NATIONAL TEAM | China have lost to North Korea 1-0 in the first friendly of the week. Sung Hyang Sim scored the goal of the night in Duyun. pic.twitter.com/L3u53SM1c0

China’s Women’s National Team lost 1-0 in a friendly against North Korea earlier today in Duyun, Guizhou province, China. Sung Hyang Sim scored the lone goal. Once a powerhouse in the 1990s, collecting silver in both the 1996 Olympics and 1999 World Cup, China slipped in the rankings and now sits in 14th place. They were knocked out in the quarterfinals of both the 2015 World Cup (by the US) and the 2016 Olympics. More recently, they came in 10th place in the 2017 Algarve Cup. China will face Finland on Sunday in Changzhou.

North Korea, despite never making it past the quarterfinals of a World Cup, getting banned from the 2015 World Cup for doping in 2011, and never qualifying for the Olympics, is currently ranked 10th. This match with China is a rare international friendly for the team. They recently won the bronze at the 217 Cyprus Cup.

In a tune-up match for their first ever appearance in the UEFA Women’s Championship, Portugal fell 1-2 to Wales in Viseu, Portugal. Defender Hayley Ladd scored the opening goal for Wales in the first half, with forward Melissa Fletcher doubling their lead in the second. Captain and midfielder Cláudia Neto pulled a consolation goal back for Portugal late in the game but it was too little too late. The teams meet again on Sunday.

The 2017 Euros will be the first major competition for Portugal, currently ranked by FIFA at 38. Boston Breakers midfielder Amanda DaCosta has made several appearances for the team, including the 2017 Algarve Cup, where they came in last. Wales, currently ranked 35th, did not qualify for the Euros. Seattle Reign midfielder and former Welsh captain Jess Fishlock was with the team for their 6th place finish in the 2017 Cyprus Cup but although she was on the initial roster for these friendlies, opted not to travel.

MEXICO AND SWEDEN TO PLAY FRIENDLY 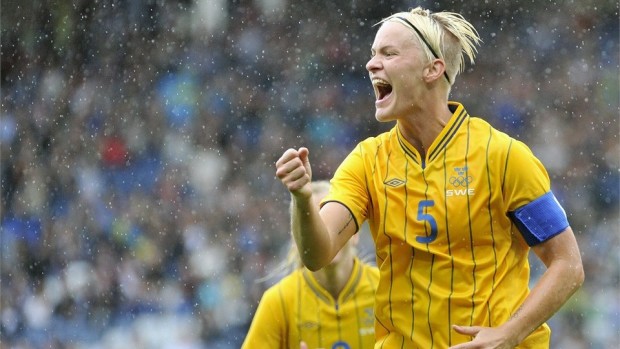 Sweden will face Mexico before the Euros.

The women’s national teams of Mexico and Sweden will play a friendly on July 8th in Falkenberg, Sweden. For Pia Sundhage’s Sweden, who lost 0-1 to the US in a friendly today, this offers a chance at one final tune-up before the 2017 Euros. Sweden kicks off the Euros on July 17th in the Netherlands against defending champions Germany in a rematch of the 2016 Olympics gold medal match, which Sweden lost 1-2.

Mexico is currently undergoing a period of transition, as longtime head coach Leonardo Cuéllar finally resigned after the team’s worst ever World Cup finish in 2015 and a failure to advance from the group stage in the 2016 CONCACAF Olympic qualifying tournament, although the team did come within ten minutes of holding the US to a scoreless draw. Mexico’s first ever women’s domestic soccer league, Liga MX Femenil, will kick off its inaugural season in September. The friendly in Sweden comes on the heels of a June 10th friendly against Venezuela, which will see the return of Kenti Robles and Charlyn Corral to the team.