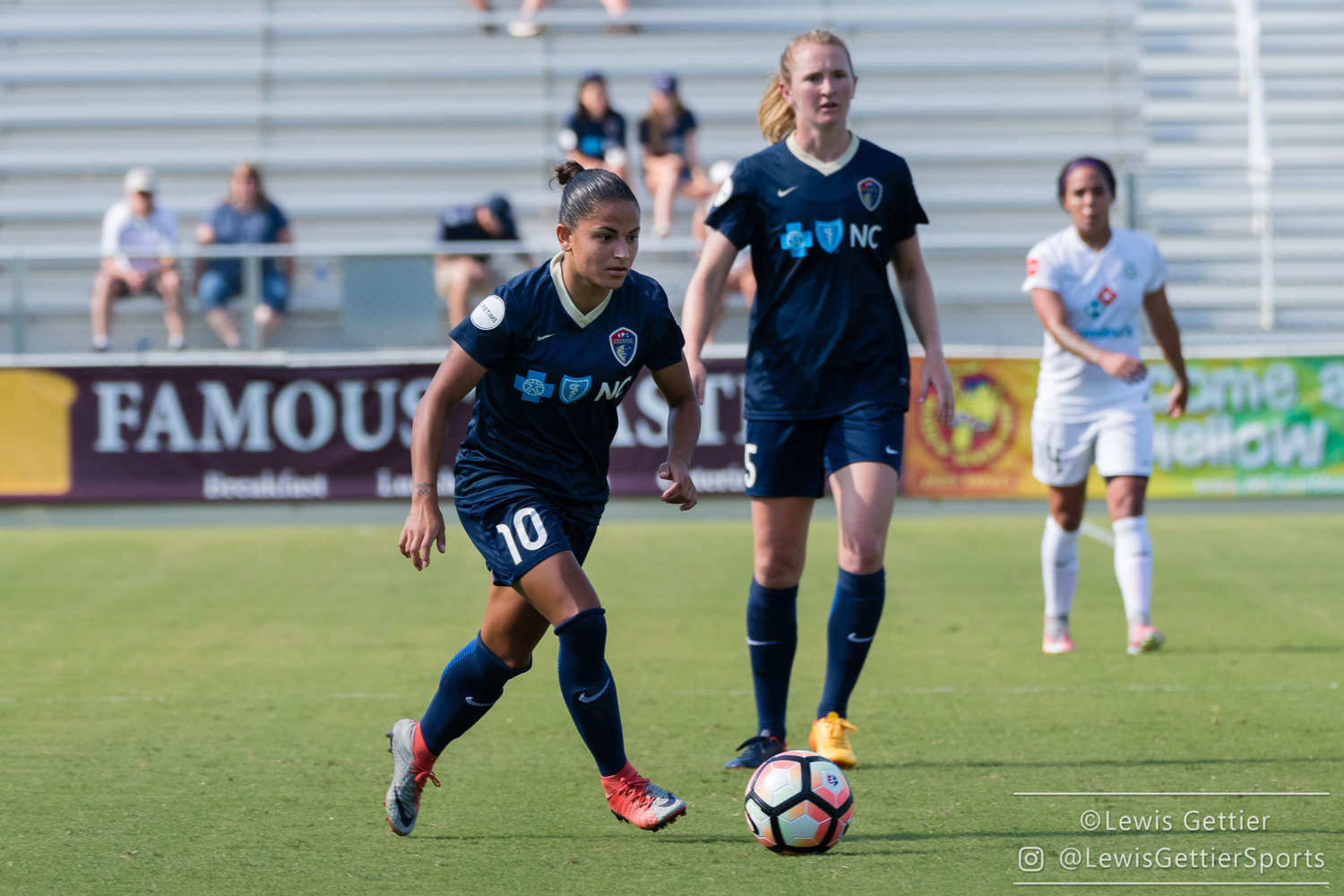 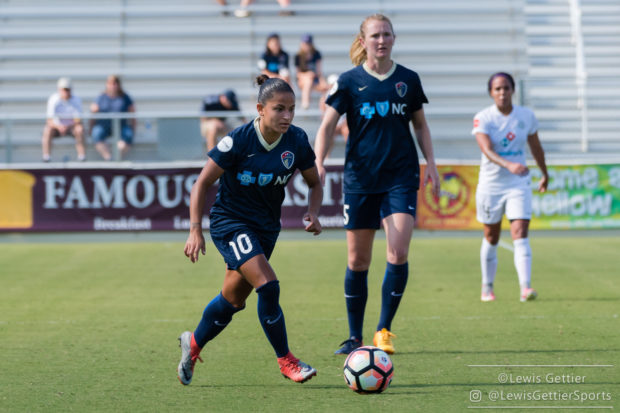 Debinha, 10, has the Courage in 1st place at the FIFA break (photo by Lewis Gettier.)

Monday marks the beginning of a dark week for NWSL as the league steps aside and most prominent national teams assemble for friendlies around the world. With eight weeks in the books the season is one-third over plus the one stray midweek match. Here’s the latest table, results, quotes, and storylines. Next match, June 17…

I was really delighted with the way we started the game tonight. We started it and showed real intent and we were rewarded for that by the two early goals. It was great to have a clean sheet. I can’t remember exactly when we had one of those before, it’s been some time. I was pleased with a lot of aspects of our performance tonight. Difficult conditions against a very competitive team.

-Where will the Dash turn to find their new head coach?
-Will Alex Morgan be ready to play when the Pride season resumes?
-How serious is Megan Oyster’s injury and can the Breakers gets by without her?
-Will Tobin Heath respond to this week’s friendly and be ready for June 17?

Red Stars shutout Reign in, move back into 2nd place
NWSL Week In Review: Where Does Houston Go Now?