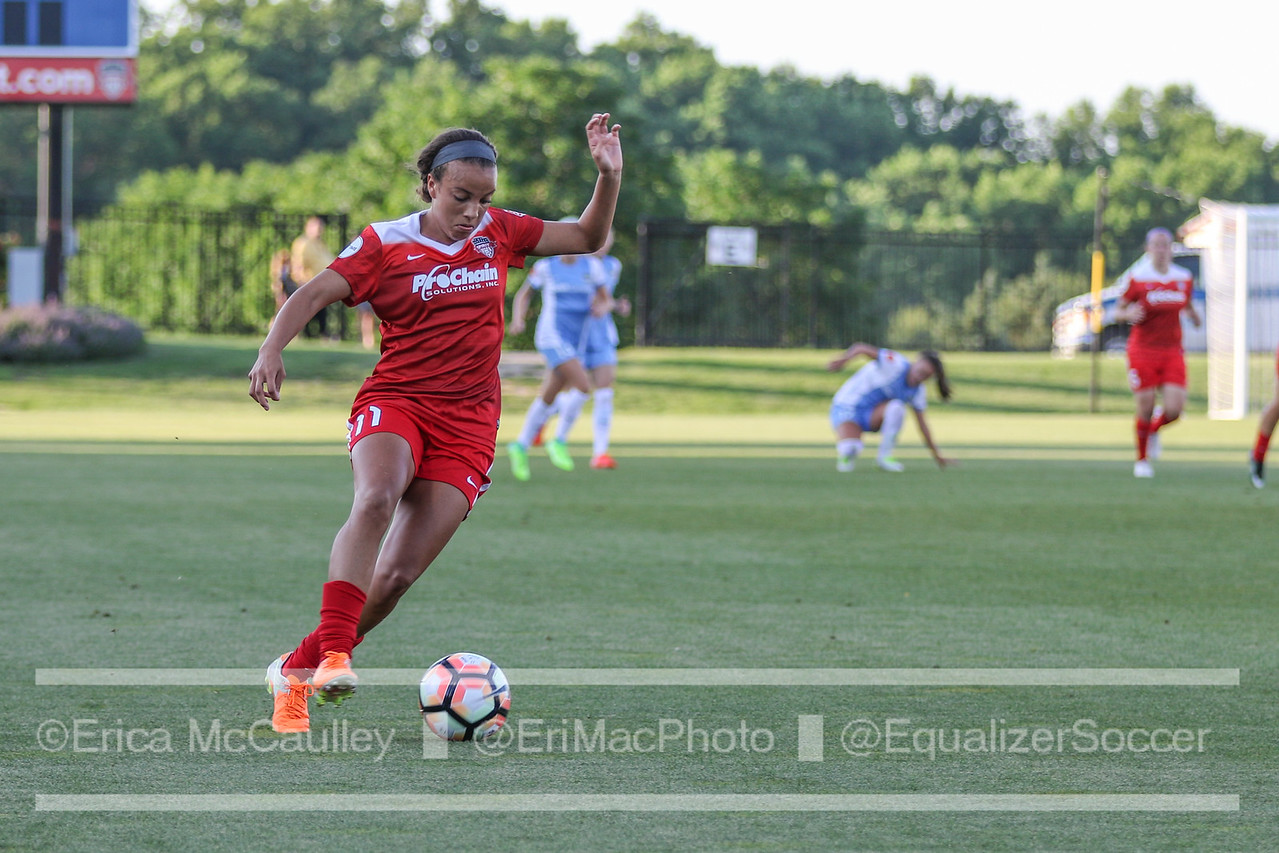 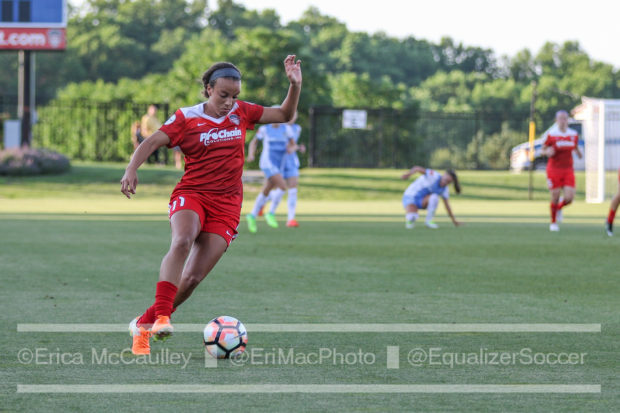 Mal Pugh on Saturday night against the Dash. The 19-year old scored her first professional goal in the game (photo copyright EriMac Photo for The Equalizer)

Mallory Pugh scored her first goal in NWSL and Cheyna Williams opened her 2017 account in a 2-0 Washington Spirit victory over the Houston Dash last night. While it’s tough to parse out a lot of insight when the two teams at the bottom of the table battle, here’s a couple of observations from last night’s game.

When asked what the Dash would focus on during the international break, Morgan Brian answered rather succinctly: “Finishing our chances.”

Yeah, that’s a pretty accurate summation of the Dash’s situation right now. While the changes at the back shouldn’t be ignored, the lack of offense undoubtedly puts more pressure on the defense as well.

The Dash managed 18 Saturday last night to the Spirit’s 14. Admittedly, the Spirit essentially went into prevent defense mode soon after Mallory Pugh scored the Spirit’s insurance goal, but it just seems that Houston can’t buy a goal.  Two minutes after Pugh’s goal, it looked like Kealia Ohai’s breakaway would be the breakthrough but alas, Stephanie Labbe was able to stonewall her.

It’s certainly a continuing problem for the Dash as prior to Seattle’s first goal last week, Houston seemed to have the better of the opportunities including two promising ones from Janine Beckie in the opening 20 minutes.

After suffering a season-ending injury before her rookie season began and logging just 272 minutes with one goal in her sophomore campaign, it was hard to know what exactly what the Spirit were getting when Solaun joined them in the offseason.

Eight weeks into the season, Solaun has emerged as scoring and total points leader for Washington so far, demonstrating the technical ability and soccer IQ that turned heads when she was in college. The Florida product has now notched either a goal or an assist in four of the last five games for the Spirit.

In the 4th minute last night, Solaun sent a perfectly weighted through ball to Cheyna Williams for the opening goal.

“I think she’s just been really composed for us, very technical and just so smart on the ball,” Williams said of her teammate. “You know any time she’s facing the goal that we have a good opportunity She’s just so spot-on with her passing. She’s a very smart player.”

“No. No, it was not intentional,” Pugh said last night when asked if her nutmeg of Lydia Williams on her 70th minute goal was done on purpose.

Five years from now, Pugh’s first goal will likely be the most memorable part of this game. Intentional or not, it was a fitting first goal for a player that hasn’t been afraid to take chances in her first few weeks as a professional player.  For me, it’s the confidence that’s been most impressive. Sometimes the cheeky moves pay off, sometimes they don’t, but Pugh is calm, poised and appears ready for the professional ranks.

While it’s easy to zero in on the tally, Pugh also played the role of provider as well, playing a hand in the first half opportunity by Arielle Ship that was thwarted by a heavy touch. As the Spirit get healthy and get more time together, it will be interesting to get how the teen phenom and those around her progress.