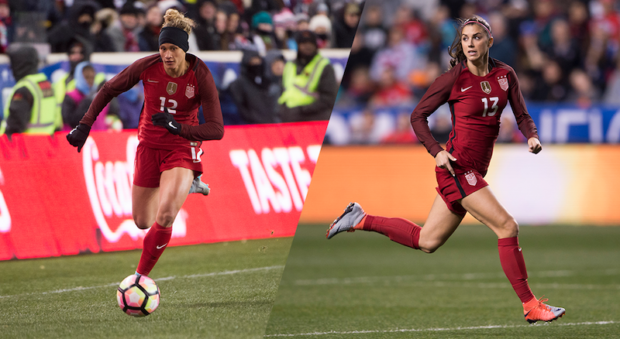 Alex Morgan, right, has a hamstring injury. Lynn Williams will replace her on next week’s USWNT roster (photo: US Soccer)

Lynn Williams will head to Europe following the North Carolina Courage’s match in Kansas City on Saturday. The 24-year-old, reigning NWSL Most Valuable Player will join the United States ahead of friendly matches in Sweden (June 8) and Norway (June 11.) She is taking the spot of Alex Morgan who was declared from the camp on Friday, a day after aggravating her hamstring injury during Lyon’s Championns League triumph over Paris Saint-Germain.

“I don’t even know how bad it is because I’m able to walk and am able to do more than I could two weeks ago,” Morgan told The Equalizer‘s Kieran Theivam following the match. “I definitely need to speak with Jill (Ellis, USWNT head coach). I’m not sure if I’ll be going.”

A day later, and Morgan is heading to Orlando where she will join her NWSL side, Orlando Pride, and attempt to get herself match ready. Morgan has not played for the Pride this season after signing a short-term deal with Lyon.

Williams has played every minute for the Courage this season and has 3 goals and 1 assist. A year ago she tied Kealia Ohai for the league scoring lead with 11 goals. She added 3 more goals in the playoffs including the last-gasp equalizer for the then Western New York Flash in the NWSL Championship they eventually won on penalties.

Three days before the NWSL Championship, Williams was named MVP and received her maiden call into the national team. She set a team record for fastest goal upon making her debut when she scored after only 49 seconds. Four days later, Ohai lowered the mark to 48 seconds.

“Lynn has been gaining momentum in the league and has earned an opportunity to join us for the next two matches,” Ellis said. 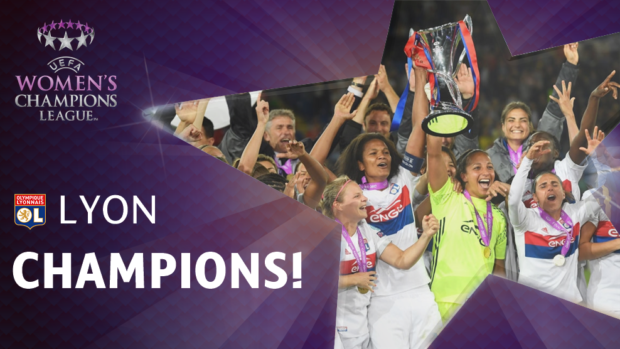 Sarah Bouhaddi, who kept a clean sheet and hit the winning penalty for Lyon on Thursday night, leads a parade of eight members of the winning side on the all-tournament team. Her Paris Saint-Germain counterpart Katarzyna Kiedrzynek, who made a stunning save on Eugenie Le Sommer in the shootout before missing the mark with her own spot kick, was named as the other keeper. In all, 13 of the 18 members of the team were from the two finalists. Only five total clubs from three countries were named with none from first-time semifinalists Barcelona.

South Africa are not among the teams slated to play any friendly matches during the upcoming FIFA window, but interim head coach Desiree Ellis had the squad together in Johannesburg for a five-day camp that concluded on Thursday. The 24-woman group included goalkeeper Roxanne Barker who impressed in friendly play against the United States last summer and who the Thorns drafted in 2013. It did not include veteran defender Janine Van Wyk who remained with the Houston Dash.

South Africa have qualified for the last two Olympics–going out after group play both times–but never for the World Cup. They are currently gearing up for early 2018 when they will go into qualifying for the African Cup of Nations later in the summer. From there the three top finishers will head to France for the 2019 World Cup.

This summer they will be in Zimbabwe where they will try to reclaim the Cosafa title. A tournament for teams in Southern Africa, the South Africans won the first three editions before losing the final to Zimbabwe in the most recent addition six years ago.