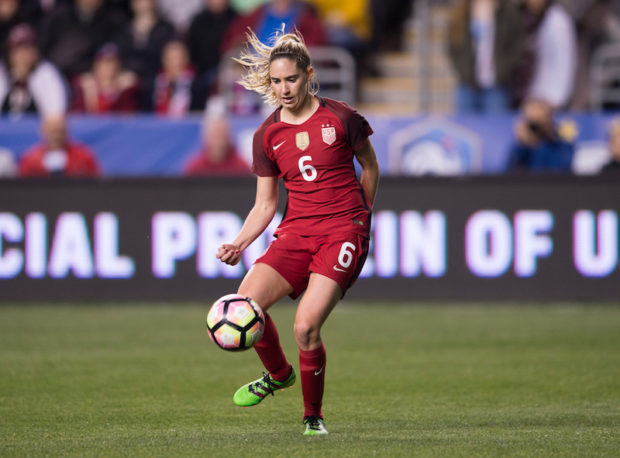 Morgan Brian won’t travel to Europe with the United States after her hamstring tightened up playing for the Dash over the weekend. (photo: U..S. Soccer)

Morgan Brian will miss the United States national team’s trip to Europe next week due to a hamstring injury she took over the weekend. Brian, who has been hampered by lingering knee issues since last year, was also pulled from USWNT matches against Russia in April, and the start of her NWSL season with the Houston Dash was also delayed. On Saturday she was replaced at halftime with tightness in her hamstring.

USWNT coach Jill Ellis will not replace Brian on the roster and will now take 20 women to Europe. Players will depart following their weekend domestic commitments. The U.S. will be in Sweden on June 8 and Norway on June 11. Ellis will select 18 players to dress for each match.

Germany betting favorite over France for Euro 2017
Run of Play: Internationals get it done