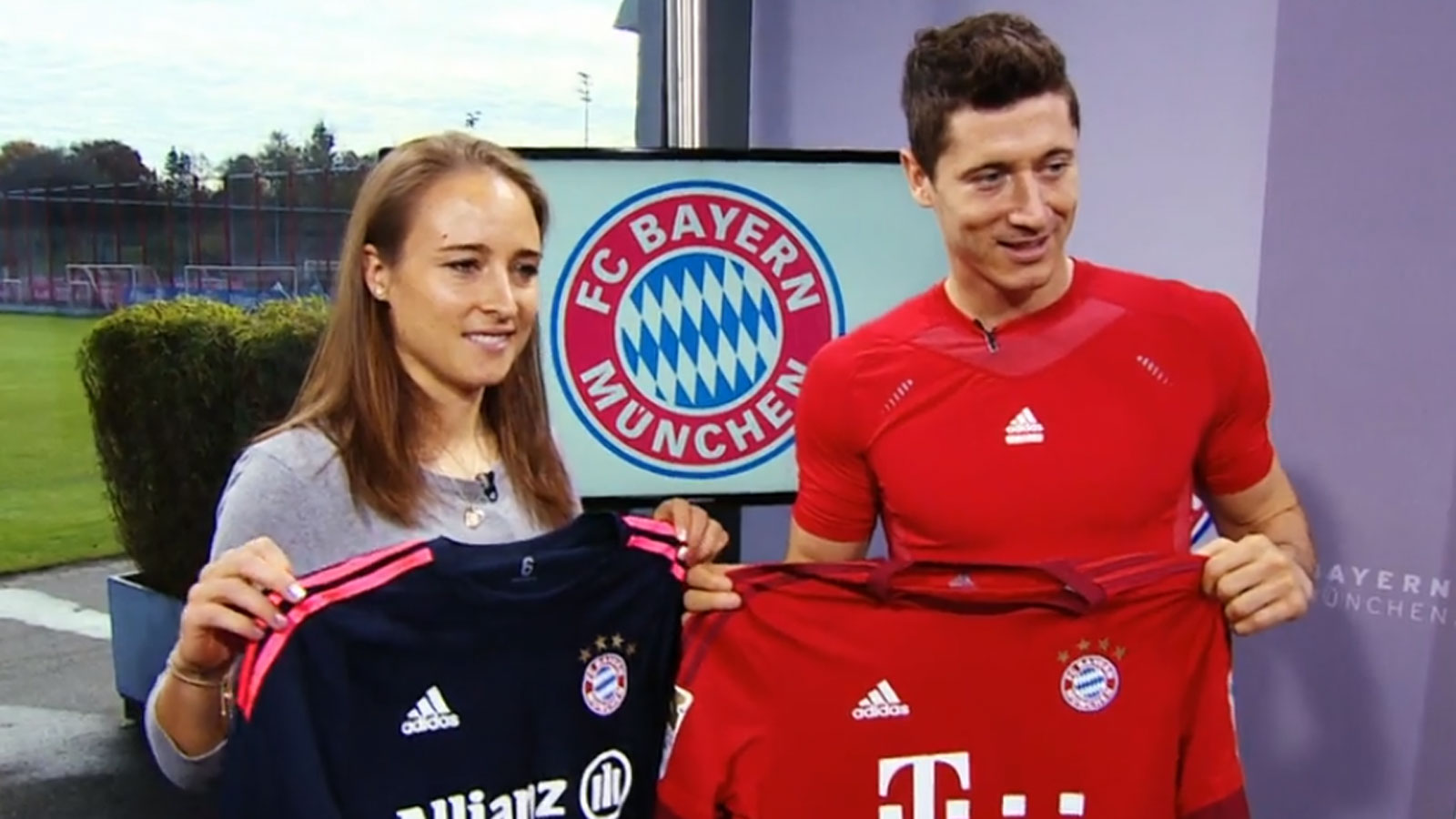 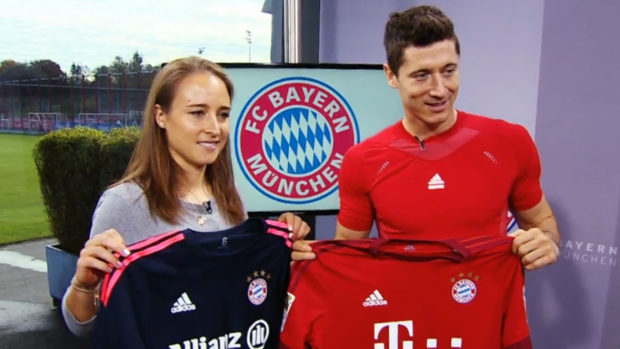 Gina Lewandowski, left, and Bayern Munich were dethroned as Germany champions but are still heading back to the Champions League.

Carli Lloyd will be forced to sit out two of Manchester City’s remaining three fixtures after being sent off last week against Yeovil Town Ladies.

The U.S Captain was given her marching orders having only been on the field for just over ten minutes after coming on as a second half substitute. An elbow on Yeovil’s Annie Heatherson in City’s 5-1 win meant Lloyd was forced to sit out her side’s 1-0 win over Crystal Dunn’s Chelsea on Thursday, with Toni Duggan scoring the only goal of the game.

Carli Lloyd was issued a red card and will miss three of Manchester City’s final four matches for this elbow. Damn. #FAWSL pic.twitter.com/PBkCs17JMo

Lloyd will also miss this weekend’s fixture at home to Heather O’Reilly’s Arsenal Ladies and the midweek tie against Sunderlan. Arsenal, after a disastrous start at home to Birmingham City Ladies last week, turned the game around to win the fixture 4-2. O’Reilly herself was on the score sheet after a neat left-foot finish.

The FA Women’s Super League Spring Series is into its final week, with fixtures due to come to a close next Sunday, June 4th. Lloyd’s City are currently in the driving seat with their win over Chelsea, but their game with Arsenal Ladies this weekend, could be a decisive factor in who wins the mini-competition – do not rule out Liverpool or Chelsea. Liverpool finish home to Chelsea when Carli Lloyd will be eligible to return.

In Germany, it went down to the final day to decide who would be joining Vfl Wolfsburg in the Women’s Champions League, and Gina Lewandowski’s Bayern Munich were the team that pipped Turbine Potsdam.

A 2-0 win over Essen on the final day of the Frauen Bundesliga meant Potsdam’s win away at Duisburg was not important. Bayern’s win away at Potsdam the previous week proved to be the defining result.

In France, Alex Morgan was forced to sit out Lyon’s final game of the season, a 3-0 win over Metz, as she continues to battle back from her hamstring injury ahead of this week’s Women’s Champions League Final. Kadiesha Buchanan did play the full 90 in the win.

Despite initially being ruled out of the final, Morgan and Lyon are hopeful she will play some part, with online videos of her training showing encouraging signs after the initial fears she might miss out completely.

Their opponents, PSG, were forced to come from 2-0 down against Bordeaux to salvage a 2-2 draw at home – Ashley Lawrence played the full 90 minutes.

It was mixed fortunes for Erin McLeod and Ella Masar McLeod and their FC Rosengard side this week, going to leaders Linkoping and winning 3-0 (Masar on the score sheet), before being held at home to a 2-2 draw by bottom side Orebro.

Better news for Becky Edwards and Brett Maron, however, as their Kristianstad side picked up four points this week – a 0-0 draw with Hammarby and a 1-0 win over Pitea.

It was a tough week for Gothenburg pair Sarah Teegarden and Savannah Levin, who had games against two of the top three sides in Linkoping and Eskilstuna. Unsurprisingly, it was zero points from the two games as they crashed to a 5-1 defeat at Linkoping, and lost 1-0 at home to Eskilstuna.

Finally in Norway, Michelle Betos, Stephani Verdoia and Elise Krieghoff suffered disappointment as their Valernega side were defeated 2-0 by mid-table Klepp. But better news for goalkeeper Alyssa Giannetti and her Arna Bjornar side, as they won 3-0 over Kolbotn – which leaves them in the top four of the Toppserien and undefeated after six games.