Also in today’s Roundup, U.S. national teams will wear rainbow numbers in June friendlies, Camille Abily elects for one more year with lyon, and canada calls 13 into an exceleration camp

Bianca Henninger has been called into camp ahead of Mexico’s friendly against Venezuela. (Photo Copyright Clark Linehan for The Equalizer)

Despite not having a job in NWSL after being cut by the Houston Dash last month, Bianca Henninger has been called in by Mexico ahead of a June 10 friendly against Venezuela in Monterrey. The roster, led by interim coach Roberto Medina Arellano, could represent a turning point for a program that fell on hard times during the last World Cup/Olympic cycle. Charlyn Corral has returned after a falling out with the Leo Cuellar regime that ended at the end of 2016. Kenti Robles and Stephany Mayor are also back in. Henninger’s inclusion was first reported on Twitter by The Equailzer’s Dan Lauletta.

And finally, word is Bianca Henninger is about to get a call up for Mexico despite not having a job in #NWSL at the moment

Henninger currently serves as a player/coach for Technical Institute in WPSL. There are no current NWSL players on the roster but several with roots in the states. Cecilia Santiago, Arianna Romero, Teresa Noyola, Nayeli Rangel, and Monica Ocampo have all spent time in NWSL.

Mexico managed just a single draw in group play of the 2015 Women’s World Cup and went home even as 16 of 24 teams advanced to knockout play. They subsequently failed to qualify for the Olympics for the third consecutive year. The poor results brought an end to Cuellar’s tenure after nearly two decades. 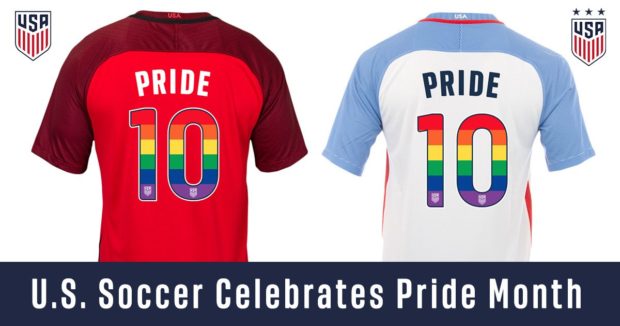 U.S. Soccer on Friday announced a number of initiatives in conjunction with LGBTQ Pride Month in June. Among them, both senior national teams will wear pride-inspired, rainbow numbers on their jerseys during friendly matches. The women will wear them June 8 in Sweden and June 11 in Norway. The men will sport the Pride jerseys June 3 at home against Venezuela.

One set of game-worn jerseys will be available via online charity auction and fans will be able to purchase replica jerseys at ussoccerstore.com

Abily returning for one more season at Lyon

Camille Abily just can’t stop playing. The Lyon midfielder announced on Friday that she will return for the 2017-2018 season with the 11-times running French champions. Abily had previously stated this would be her final season. 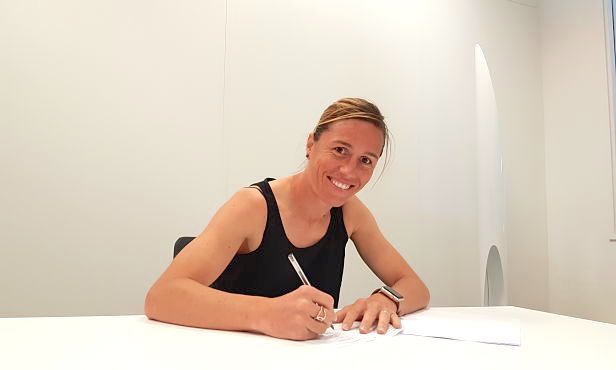 Camille Abily has signed to play one more season for Lyon. (photo: Lyon)

“At the start of the season, I was planning to put an end to my career, but by realizing a full season with no injuries, I think I can still play a season,” Abily told the club’s official site, with aide from Google Translate.

Abily and Lyon will finish off their season Thursday in the UEFA Champions League final against Paris Saint-Germain (PSG) in Cardiff, Wales. If Lyon win they will take the treble for a second straight year. They defeated PSG on penalties last week to win the French Cup. 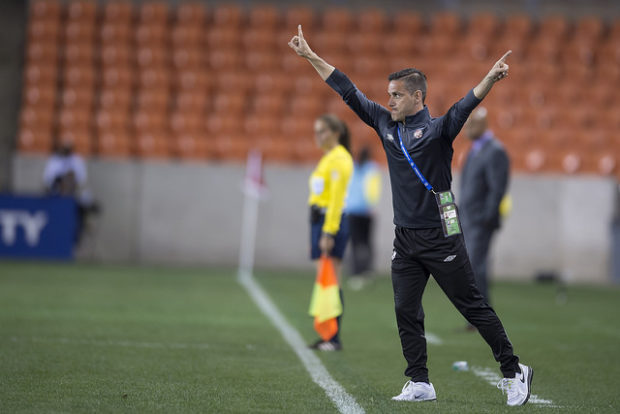 Canada has invited 13 players to what they are calling an EXCELeration camp from which at least one is expected to be named to the senior roster for two matches against Costa Rica next month.. The players range in age from 15-year old Jordyn Huitema to 27-year old Shannon Woeller. The only other player over the age of 20 is 25-year old Tiffany Cameron who spent time in NWSL in 2013.

“The players we have brought into this EXCELeration camp ahead of our two home matches in June, have been selected for tailored player development programming that will give them access to specialized services and staff, as they progress towards the women’s national team,” Canada coach John Herdman said. “ Final selections will be made after the camp concludes on the 28th, but we are pleased with what we’ve seen so far and expect to bring at least one of these players into the squad against Costa Rica.”

The camp began last Saturday but details were announced on Friday. The matches against Costa Rica are June 8 in Winnipeg and June 11 in Toronto.