Run of Play: Defenders On the Rise 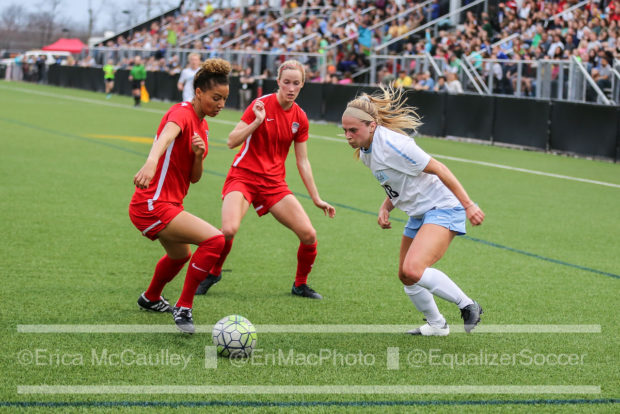 Among the arsenal of NWSL defenders, there are names who always stand out. There are the stalwarts – Becky Sauerbrunn, Christie Pearce, Steph Catley, Ali Krieger – and the reliable if sometimes overlooked – Emily Menges, Lauren Barnes, Allysha Chapman, Brittany Taylor. And of course, there are the young up and comers – Emily Sonnett, Erica Skroski, Katie Naughton, Christina Gibbons.

But what about others? Those who have been around for a while, who are past their rookie stages but never quite made it to the list of steadfasts. Those who looked at past seasons and reputations and decided they could do better. It’s early in the season yet, but a few players are already making themselves known as ones not to be counted out any longer. 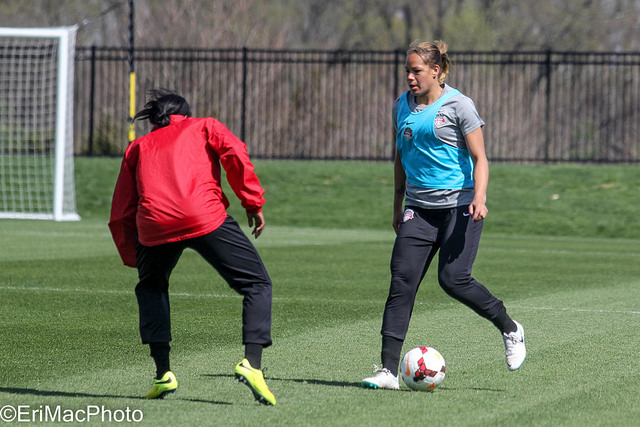 Toni Pressley has come a long way this season. (Photo Copyright Erica McCaulley for The Equalizer)

If you had told me during the offseason that Pressley would be the Pride’s best centerback, I would have dismissed you without a second thought. However, in recent weeks, it appears that’s just the case.

After a standout college career at Florida State, years in the USYNT system, and a WPSL Elite championship with the Western New York Flash, Pressley appeared set for a solid NWSL career. However, she struggled through tough seasons with Washington and Houston, briefly returning to the Flash in between and never really making her mark. The Pride acquired her in their expansion draft, and when she finally emerged from the bench in the second half of the season after Orlando’s backline was decimated by international duty and injuries, it was for a stretch of unremarkable performances and a dreadful spell at outside back.

Fast forward to the last two weeks, where Pressley has not only displaced Australian international Laura Alleway for a starting spot next to Alanna Kennedy, she’s been a revelation. She is leaner, quicker, and quite frankly, better. While Kennedy has struggled to find her form, Pressley has been the one to step up, clearing ball after ball on the ground and in the air.

Fellow defender Ali Krieger, who has played with Pressley in both Washington and Orlando, remarked on the centerback’s growth after securing their first win of 2017. “From seeing her in D.C. and then seeing her concentration now, even in the offseason preparing for the season, fighting and clawing and scratching into that starting XI, I’m so proud of her and the way she’s handled herself very professionally, but she waited for her opportunity and now she’s taken it,” Krieger said. “I think she’s grown so much as a player defensively and her vision on the ball has grown.” 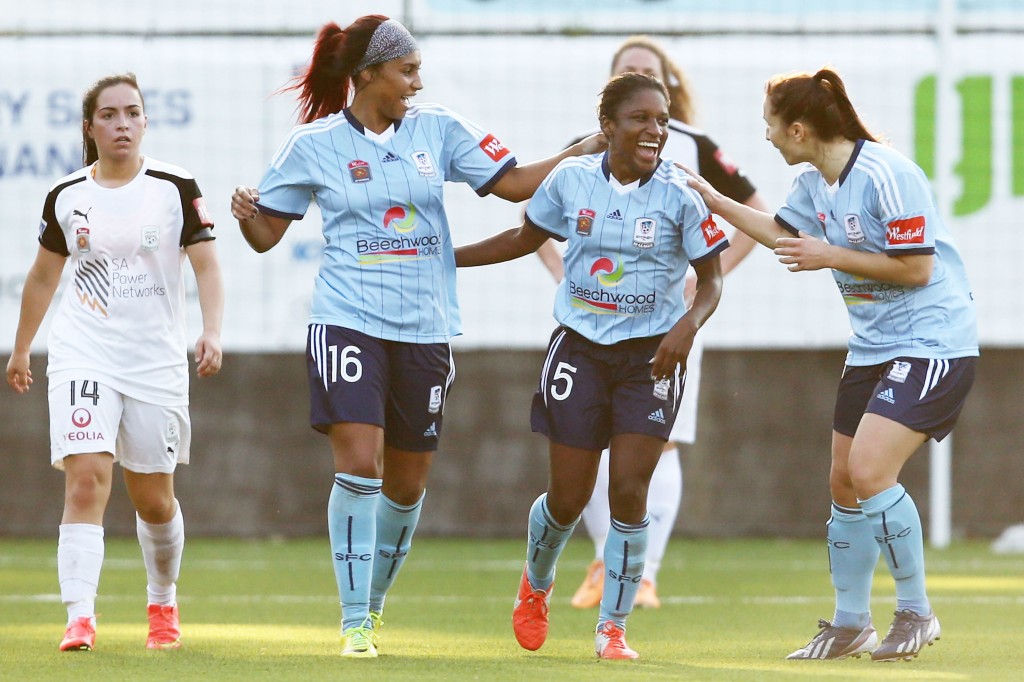 Last year, I made more than one argument for replacing Johnson in Chicago’s starting lineup with Katie Naughton. While she was always going to suffer by comparison to Julie Ertz (then Johnston) next to her, Johnson, a USC product, simply looked out of place, losing her marks and struggling with positioning.

Along with many of her Red Stars teammates, Johnson spent the NWSL offseason Down Under, playing in Australia’s W-League on the Melbourne Victory with fellow NWSLers Bianca Henninger, Christine Nairn, and Natasha Dowie. Although Dowie competed for the Golden Boot, the Victory struggled otherwise, ending with a 2-3-7 record and only nine points from 12 games, a full 14 points behind regular season champions Canberra United. However, anchoring a struggling defense for the Victory did something interesting for the defender – much like Jess McDonald’s spell with Melbourne a few years ago, it gave her a reset button.

Johnson returned to the Red Stars a new player. Her play has been the key that’s allowed Ertz to push up into the midfield and produce not only the results but the performances Chicago is starting to enjoy. Going forward, her commanding presence in front of Alyssa Naeher will continue to prove invaluable.

Estelle Johnson, left, has risen to the task of leading Washington’s backline. (photo copyright EriMac Photo for The Equalizer)

Johnson’s professional soccer career has been an interesting one. She was part of the amazing 2010 WPS draft, taken by the Los Angeles Sol in the third round, but the Sol quickly folded before the season began and she was then selected by Paul Riley’s Philadelphia Independence. The team made it to the WPS championship in back to back years, coming up just short both times, but Johnson cemented herself as a starter and helped set the league shutout and winning streak records in 2011.

After spending the inaugural NWSL season with the Western New York Flash, once again falling short in the championship, she actually sat out the 2014 season to take a non-soccer job. She returned to professional soccer the following year, traded to the Washington Spirit (for Toni Pressley). Perhaps that was the reason that although she started regularly, Johnson patently struggled in her return, often just a step off from the game. She saw less time in 2016, when her team would follow what must be a familiar narrative, defeated in the championship game.

This year has been a different story. Playing on the outside of a shifting defensive formation, a position that isn’t completely new but certainly not her bread and butter, Johnson has been rock solid, keeping up with players like Kealia Ohai and Marta. She was the lone player on the NWSL’s team of the month in April not to play with her national team. Although the Spirit have certainly had their defensive struggles, Johnson is not one of them.