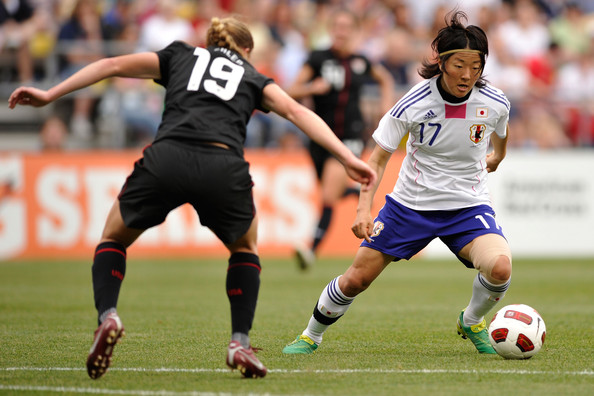 Yuki Nagasato is on her way to Chicago to join the Red Stars. (photo: Chicago Red Stars)

The Chicago Red Stars have bolstered their attack with the signing of Japanese midfielder Yuki Nagasato. The 29-year old has made 132 appearances for Japan, netting 58 goals. Nagasato’s signing is pending the receipt of her International Transfer Certificate. The Red Stars expect her to arrive on May 31.

Nagasato’s club career began in Japan before she signed for Turbine Potsdam and won three Bundesliga titles and a golden boot, and a Champions League medal. She moved to Chelsea in 2013 and then back to Germany where she played for Wolfsburg and most recently Frankfurt.

Internationally Nagasato is a World Cup champion and Olympic silver medalist for Japan. In the 2011 World Cup final her penalty was saved by Hope Solo, the only kick Japan failed to convert in their dramatic victory over the United States.

The Red Stars are 3-2-1 (10 pts) and sitting 3rd in NWSL with the season one-quarter of the way complete. Goals have been difficult to come by though they broke out for three in the first half against the Courage last weekend. They host the Courage in a return match on Saturday afternoon at Toyota Park.