Also in today’s roundup, Sweden and Ireland name rosters for June friendlies and Heather Garriock is the new coach of Canberra United in the Australian W-League

Carli Lloyd is likely to be suspended three games after an elbow that led to a red card over the weekend.

Carli Lloyd’s abbreviated stay at Manchester City could be reduced by three matches after being sent off for a high elbow on the weekend. All of the goals in City’s 5-1 thrashing of Yeovil were accouted for by the time Lloyd exited the sub’s bench on Sunday at Academy Stadium. She was shown the door for an 89th minute elbow that landed high on Ann-Marie Heatherson. The elbow added injury to insult for Heatherson, whose own goal started the scoring 11 minutes in.

Carli Lloyd was issued a red card and will miss three of Manchester City’s final four matches for this elbow. Damn. #FAWSL pic.twitter.com/PBkCs17JMo

Lloyd faces a suspension of up to three games per the FA’s rule about red cards for violent conduct. She may appeal, but with that comes a risk of having an extra game added to the ban. That means Lloyd is likely to miss home engagements this week with Crystal Dunn’s Chelsea Ladies (Thursday) and Heather O’Reilly’s Arsenal (Sunday), as well as a May 31 trip to Sunderland. That would leave only the June 3 match away to Liverpool before the spring season ends and Lloyd is due to return to the Houston Dash.

Eight days before the red card, Lloyd scored at Wembley Stadium to help Manchester City win the FA Cup for the first time.

Rosters have begun trickling in for the June FIFA dates with Sweden and Ireland unveiling their teams on Monday. Sweden is set to host the United States on June 8 and Scotland on June 13. The visit from the U.S. will be the first meeting between the sides since Sweden’s now famous win in penalties in the quarterfinal round of the 2016 Olympic Games.

Ireland is set to face off against Iceland on June 8. The roster includes Houston Dash midfielder Denise O’Sullivan, as well as Stephanie Roche who spent some time with the Dash in 2014.

Ireland, Sweden and Scotland are all in final preparations for this summer’s European Championships. 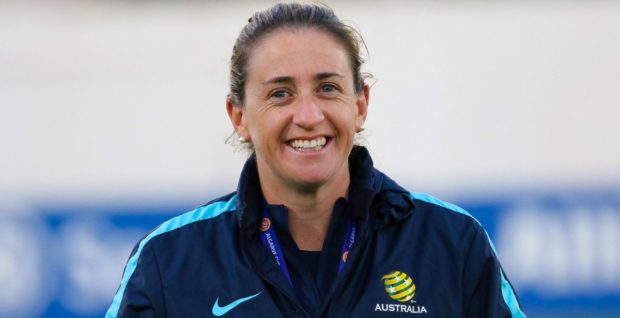 Australian national team veteran Heather Garriock is the new head coach of Canberra United. The 34-year old replaces Rae Dower, who stepped down from her coaching duties back in February. She will be tasked with trying to keep Canberra at the top of the W-League after Dower led the club to the Premiers as regular season champions. The season the ended in disappointment when they lost the semifinal in extra time to eventual champion Melbourne City.

“I am obviously humbled by the opportunity but I’m looking forward to coming to one of the best clubs in the Westfield W-League in terms of facilities, resources, personnel and structure,” Garriock told Ann Odong of The Women’s Game.

American fans who tuned into some of the 2016/2017 Westfield W-League season may be familiar with Garriock, who served as an analyst for the league’s televised games. She was also serving as head coach for Sydney Uni SFC, and was an assistant coach for Australia during the 2017 Algarve Cup, where the team reached a program-best fourth-place finish.

As a player Garriock made 130 apearances for the Matildas, second behind Cheryl Salisbury in the history of the women’s program. She played briefly in WPS for the Chicago Red Stars, a stint that was mostly interrupted by injuries. She scored 20 international goals.

Mark Parsons glad to see Mal Pugh in NWSL
The Lowdown: Buying or selling at the quarter point