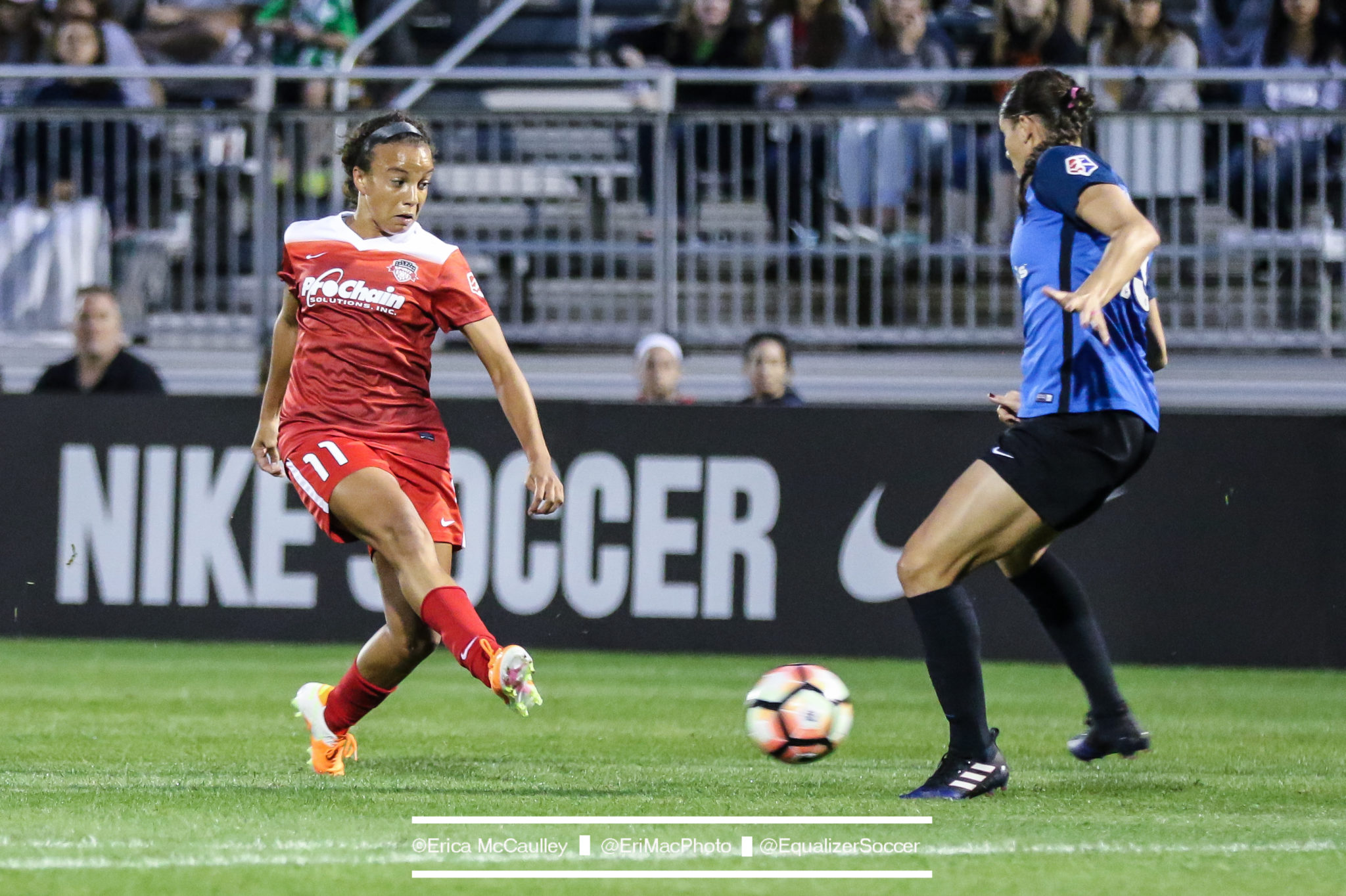 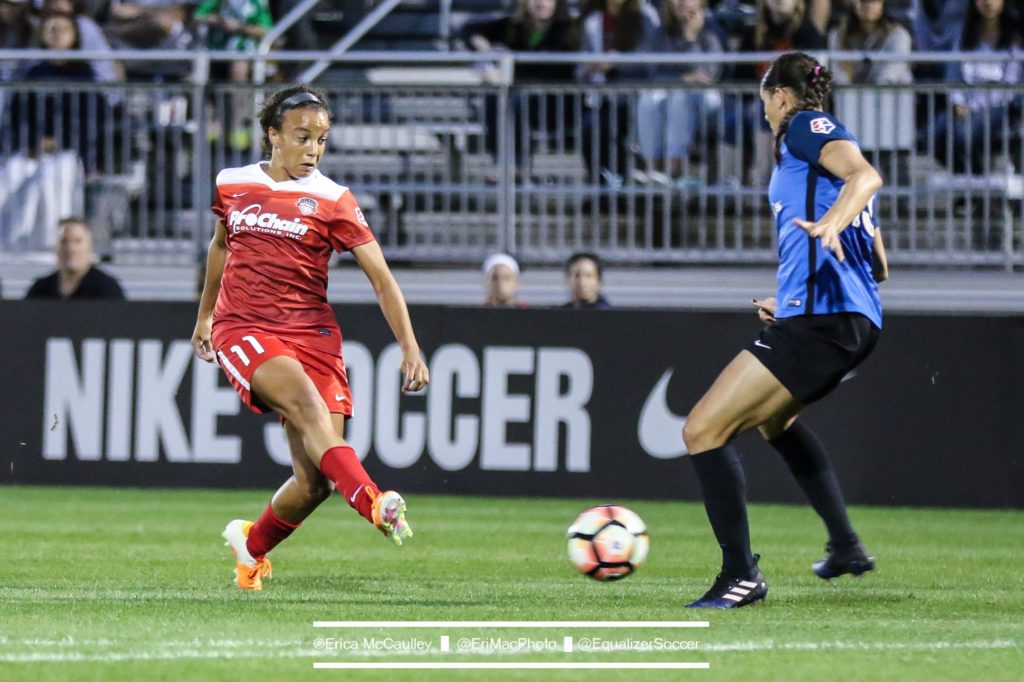 Brittany Taylor of FC Kansas City takes on Mallory Pugh of the Washington Spirit. (photo by EriMac Photo for The Equalizer)

USWNT forward Mallory Pugh made her heavily-anticipated professional and NWSL debut with the Washington Spirit tonight, coming on in the 54th minute for Arielle Ship with the Spirit currently down 0-1 to FC Kansas City.

Pugh entered this match with four days of training under her belt, and for the most part her play reflected it. In her first few minutes her dribble up the pitch led to a foul on Meggie Dougherty-Howard and a subsequent free kick for the Spirit (which was blocked). In the 75th minute she took her first shot, a low roller from outside the box that was well covered by Nicole Barnhart and wide. Beyond that, her impact on the field wasn’t particularly notable. The game ended with the 0-1 scoreline intact.

But that’s okay. Pugh was never going to change the tide in her first game, especially against the league’s best defense. She hasn’t had much time with the team nor time in a week in, week out professional setting. As she settles in, she’ll likely see more time on the ball and become more of an attacking threat. That said …

Given proper opportunities, it's not unfair to expect her to contribute to Washington sooner rather than later.

The expectations are sky high, and rightfully so. Even if she wasn’t the original player they had in mind, Washington gave up a lot to acquire her, and with the mantle of a trailblazer comes the responsibility to make it worthwhile. The leniency she is allowed for being new and young is quickly going to disappear because at the end of the day, she’s as much of a professional player as the other 21 players on the pitch.

It’s worth noting that the Spirit’s attendance increased by nearly 800 over their season average thus far, and it’s fair to say that was the Pugh impact. In a season that appears to be struggling with attendance across the board, anything that can put fans in seats is welcome.

Washington turns right around to face FCKC again next Saturday, this time on the road. While this means Pugh has to face Becky Sauerbrunn and company again, she’ll do so after a full week of training with her teammates and will likely see more minutes on the pitch. This time, expect something notable.