Wednesday Roundup: Brian to graduate from UVA on Sunday 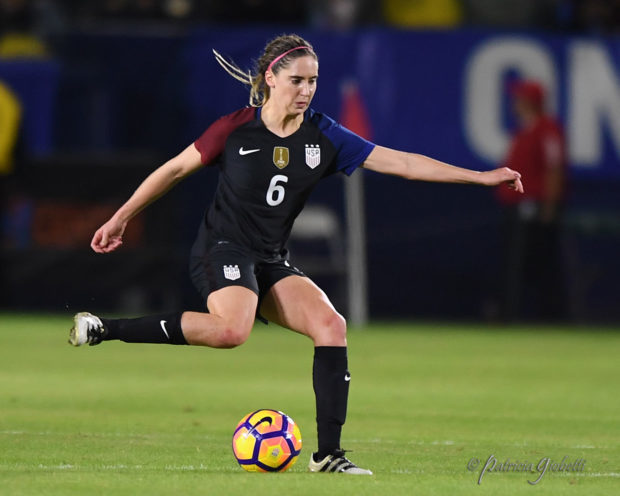 Morgan Brian will walk the lawn in Charlottesville on Sunday to collect her degree from the University of Virginia six years after she first stepped foot on campus as a student in 2011. Graduating from college, although still a monumental milestone, will join Brian’s even larger list of big-time accomplishments inclusive of being a Women’s World Cup Champion and representing the U.S. in the Olympics last summer.

Brian, who first joined the USWNT in her third year at UVA, will leave a lasting impact on her college program. “If you look at Morgan’s legacy, there will be quality soccer we are all proud of, but it was as much establishing the right culture for the program,” said head coach Steve Swanson to UVAToday. “As good as the team looked on the field, it was happening off the field as well, and we are all proud of that.”

Brian was able to compete for a top-tier academic institution all the while earning countless individual accolades such as being awarded the MAC Hermann Trophy two years in a row. She did say however that it became tough at times, balancing college work and her professional career. “We lost the NCAA national championship game in December [2014]. And then that night Coach Swanson and I flew to Brazil for the national team. We played in a tournament there. Losing in the national championship college game, traveling to Brazil and having to take all of my finals in a different country while at a national team camp was a very hard time.” she said.

Nonetheless, she’s very gracious for her time spent at UVA and excited to be able to officially say she graduated. “I had some of the best years of my life because of the coaching staff, my teammates and my friends. The grounds, the school, all rolled into one really made for a one-of-a-kind experience. It has been the best four years of my life and I will always cherish it.”

Brian will be available for the Houston Dash on Saturday as they take on Sky Blue FC on Saturday.

Switzerland defender Selina Kuster has been ruled out from participation in this summer’s EURO championships due to a cruciate ligament tear.

Kuster, a mainstay for the Switzerland women’s national team since 2009, has 69 appearances for her country and currently plays her club ball for FC Zurich. The injury will sideline her for the rest of Bundesliga as well as the EURO this summer.

The U.S. U-16 girls national team swept all three teams at the Women’s Development Tournament in Belgium over the last week to win the tournament.

The team first beat Croatia 4-0 on Friday before downing Belgium 1-0 two days later. Tuesday, the U.S. went on to defeat Switzerland by a score of 2-1 thanks for a first minute goal from Samantha Kroeger and the eventual game winner from Allyson Sentnor.

The U.S. only let in one goal throughout all three games and that was a penalty kick from Switzerland.