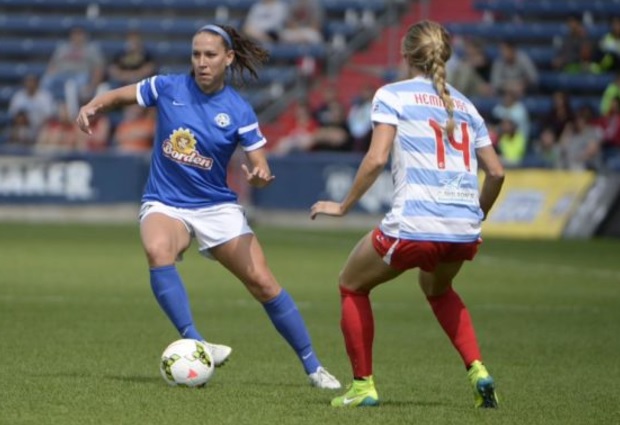 On Sunday, former United States women’s national team and FC Kansas City midfielder Lauren Holiday posted a selfie with a lengthy caption updating her Instagram followers on her recovery. Holiday has been out of the public spotlight since undergoing surgery to remove a brain tumor back in October, and according to her latest post, that was because she did not want the public to see how the tumor and resulting surgery had physically affected her.

“I have been hiding myself from a camera for the past 7 months,” Holiday wrote. “I didn’t want anyone to see my paralyzed face, my eye that is now crossed, the bald spots from radiation & my half shaved head. Granted you can’t see any of those things in this picture, just a patch…it’s a huge step.”

The picture accompanying the update shows Holiday smiling, looking the same as always with only the bandage covering her right eye to suggest anything was ever wrong. Her shirt, emblazoned with the words “Girl Power,” seems especially poignant considering the former pro athlete has not only been recovering from brain surgery over the last seven months, but also raising an infant daughter. Her husband, Jrue Holiday, returned to playing for the NBA’s New Orleans Pelicans back in November.

“Today reminded me just how incredibly strong women are. The resilience of our bodies, the power of our minds, the ability to put other human beings fully before ourselves, our compassionate hearts but most of all our undying love for our families, our friends and our precious babies,” the post continues in reference of Mother’s Day. It was Holiday’s first Mother’s Day as a mother.

In March, Holiday and her daughter Jrue visited a preseason training session for her former club, FC Kansas City, where she said she mostly played with Amy Rodriguez’s and Sydney Leroux’s infant sons, who were also making an appearance.

I have been hiding myself from a camera for the past 7 months. I didn’t want anyone to see my paralyzed face, my eye that is now crossed, the bald spots from radiation & my half shaved head. Granted you can’t see any of those things in this picture, just a patch…it’s a huge step. Today reminded me just how incredibly strong women are. The resilience of our bodies, the power of our minds, the ability to put other humans fully before ourselves, our compassionate hearts but most of all our undying love for our families, our friends and our precious babies. I went through the day admiring women at church, at lunch and those just walking down the street. I am so proud to be a daughter, a sister, an aunt, a wife and most of all a mother. Happy Mother’s Day to all the Mamas, Mamas-to-be and future mamas! You are beautiful. You are ridiculously strong. But most of all you are loved. So very loved. ❤️

Savannah Jordan, one of the top prospects going into the 2017 NWSL College Draft, made headlines when she decided to sign with Glasgow City FC instead of staying to play in the NWSL.

Now it appears Jordan’s time in Scotland may be over much sooner than expected. The Herald, a Scottish news source, reported on Sunday that the American collegiate star, along with fellow American and former Florida Gators teammate Lauren Silver, has left Glasgow City FC. Although no reason for Jordan’s exit was given, the article did mention that Jordan had seen little playing time for the Scottish club after scoring hat tricks in her first two professional matches. It also states that neither American adapted well to training conditions in Glasgow, including playing on artificial surfaces.

It is uncertain what Jordan’s next move will be, although the Portland Thorns do currently hold her rights. Prior to the draft, it was long rumored that the star forward, who is second to Abby Wambach in both Florida Gators and the Southeastern Conference record books in goals (81) and points (189), would be forgoing the NWSL to go play overseas, but that didn’t stop Mark Parsons from making a trade to get the No. 18 overall pick with which to draft Jordan to the Portland Thorns. It is thought that Jordan would be returning stateside to play in the NWSL in 2018. 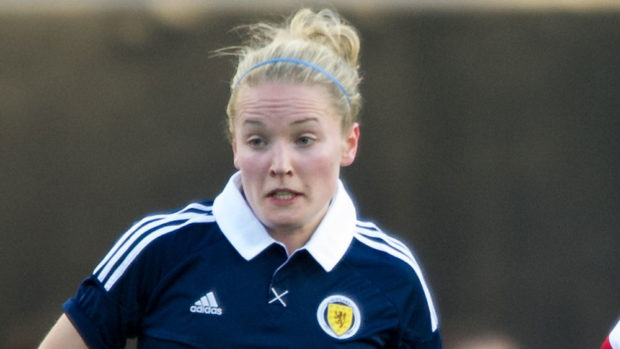 Scotland will play three matches over the next two months to prepare for this summer’s EUROs. (Getty Images)

The Scottish Football Association announced on Monday that Scotland’s women’s national team would be playing three friendlies to prepare for the 2017 European Championship, or EUROs.

For the first of these friendlies, Scotland will host Romania on Friday, June 9 at Falkirk Stadium. The Scottish WNT will then travel to Växjö to take on Olympic silver medalists Sweden on Tuesday, June 13. The team’s final pre-EURO friendly will be played on Friday, July 7 against the Republic of Ireland, although the time and location for that match are still to be determined.

Scotland kicks off its 2017 EURO competition, the team’s first ever appearance in the tournament, on July 19 against England. The tournament will be the last for Scottish head coach Anna Signeul, who has coached the team since 2005. Signeul will be replaced by former Scotland defender Shelley Kerr at the tournament’s conclusion. 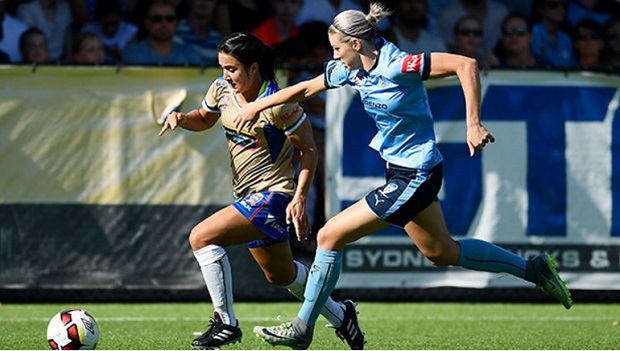 “It has been an honor and a privilege to have coached such a talented group of players over the last two and a half seasons,” Barrett said in a statement released by the club. “It has been an incredibly difficult decision to make to leave Sydney FC and I still have a desire to coach and take on a new challenge when the time is right. I have thoroughly enjoyed my time working with the players and staff at the club and I will remember it with great fondness. I would like to wish the club every success in the future.”

In his first full season at the helm, Barrett coached Sydney FC to the 2015/2016 Grand Final, where they ultimately fell to the W-League’s newest team, Melbourne City. The Sky Blues once again advanced to the playoffs this year, but they fell short of the Grand Final after losing to Perth Glory in the semifinals. Perth would go on to fall to Melbourne City, 2-0, in the Grand Final. Sydney FC’s appearance in the playoffs this season makes them the only team to have taken part in every final series, though.

In other W-League coaching news, Canberra United is also currently without a head coach, although Ann Odong of The Women’s Game tweeted that the team was about two weeks from finding a replacement for Rae Dower, who stepped down in February in order to spend more time with her family. Brisbane Roar announced on Saturday that it was “two for two” after head coach Mel Andreatta had committed “her long term future to the club.”

Tessel Middag, midfielder for Manchester City and the Netherlands, suffered an injury to her anterior cruciate ligament (ACL) last weekend in City’s FA WSL match against Reading FC. Although neither Manchester City nor the Netherlands women’s national team disclosed the severity of the injury, her national team did say the injury would cause Middag to miss the upcoming EUROs, which her country is hosting.

“I have felt a slight pain in my knee, but never knew that the outcome of the investigation would reveal that my [EURO] dream is over,” Middag said in a statement released by the Netherlands WNT. “I can do nothing else over the coming months [but] focus on recovery.”

The news came just two days after her club, Manchester City, defeated Birmingham City Ladies, 4-1, to win the FA Cup. Middag was unavailable for that match.