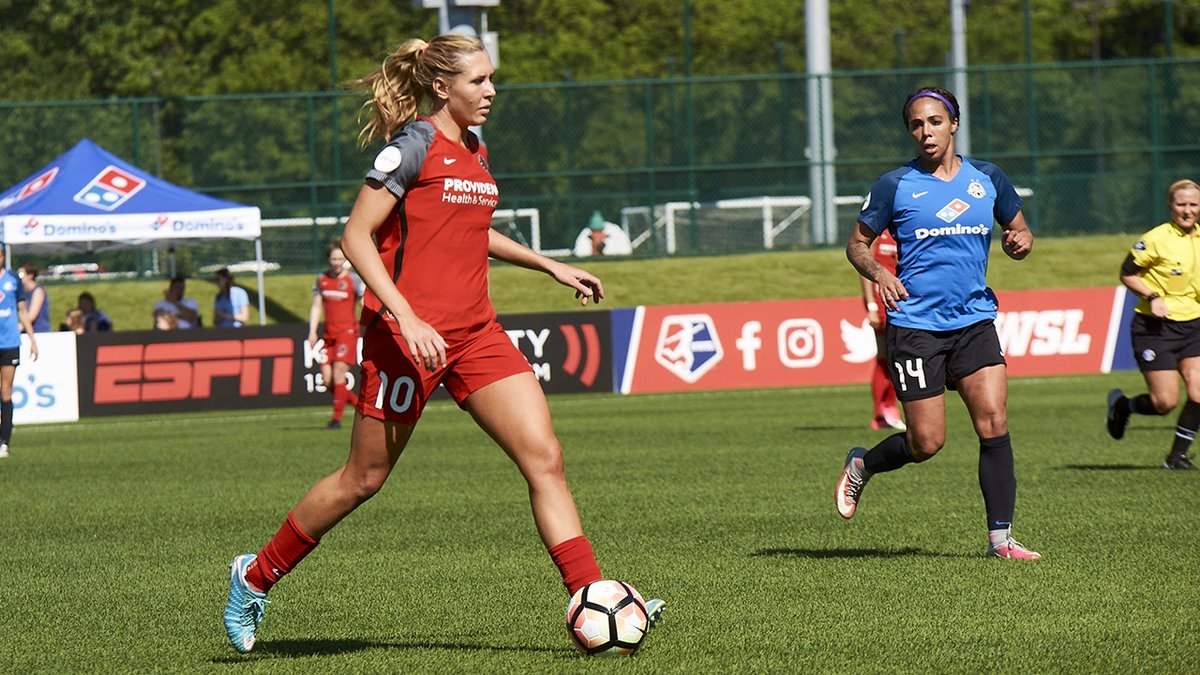 FC Kansas City and the Portland Thorns played to the first scoreless draw of the NWSL season on Saturday afternoon at Swope Soccer Village in front of a crowd of 1,796. It was a game of few good scoring opportunities for the two teams who seem to both be struggling offensively.

While the first half was almost entirely a battle in midfield, the best chance of the half came in the 37th minute when Christine Sinclair broke through Kansas City’s back line and hit the far post with her shot.

ICYMI: @sincy12 nearly scored for the @ThornsFC with this attempt off the post. #KCvPOR pic.twitter.com/yUpK5wcVRU

Sydney Leroux had the best chance of the second half for her squad, a shot in the 65th minute which Thorns keeper Adriana Franch saved with a quick reaction. In the 68th minute, Rebecca Moros got on the end of a Meghan Klingenberg turnover, but her shot went just wide of Portland’s goal.

The Thorns spent much of the second half around Kansas City’s 18-yard box, but could not find a winner. They came close in the 90th minute, when a free kick caused a scramble in front of Kansas City’s goal, but was cleared by Yael Averbuch.

90′ Really good chance there off a set piece. Still even as we head to added time.

Next week, Kansas City will travel to play the Washington Spirit on Saturday, while the Thorns have another away match, this time next Friday against Boston.