Ohai Leads Dash to First Ever Victory in Maryland 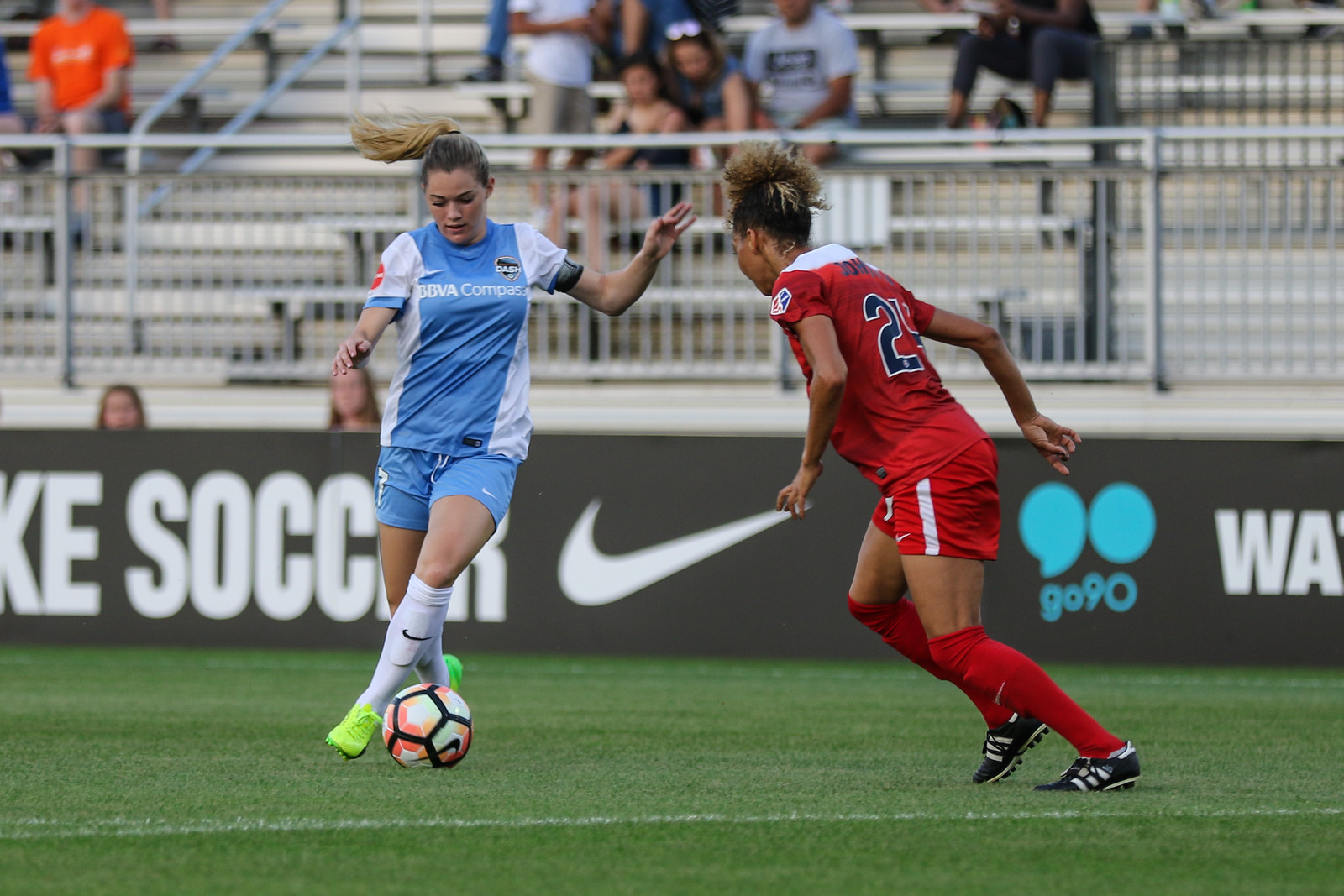 It was a tale of two halves, but Kealia Ohai led the Dash to their first ever win in Maryland.

Technical issues abounded in the beginning of the game, but whether fans at home could see it or not, the Dash came out with the foot on the gas, getting their first shot off within five minutes.

Janine Beckie fired a rocket in the 21st minute, heading for far post, but goalkeeper Stephanie Labbé was equal to the task. A few moments later Ohai received the ball on the left flank, dribbled inside, and sent it low to the right past a diving Labbé.

The Spirit took over in the second half, maintaining possession and forcing Houston to drop back in numbers to defend. Francisca Ordega in particular kept the entire Dash backline busy. However, both goalkeepers came up with big saves the keep the score low. Forward Rachel Daly launched a hard ball that Labbé tipped over the crossbar in the 66th minute, and a few minutes later Lydia Williams, back in net for the Dash after sitting out last week, punched away a header by Shelina Zadorsky.

Ohai created another chance for herself in the dying minutes, evading defenders to go 1v1 with Labbé, who came off her line with confidence, smothering the ball at Ohai’s feet.

Although the Spirit created numerous chances in the second half, the Dash defense did just enough to go home with three points.