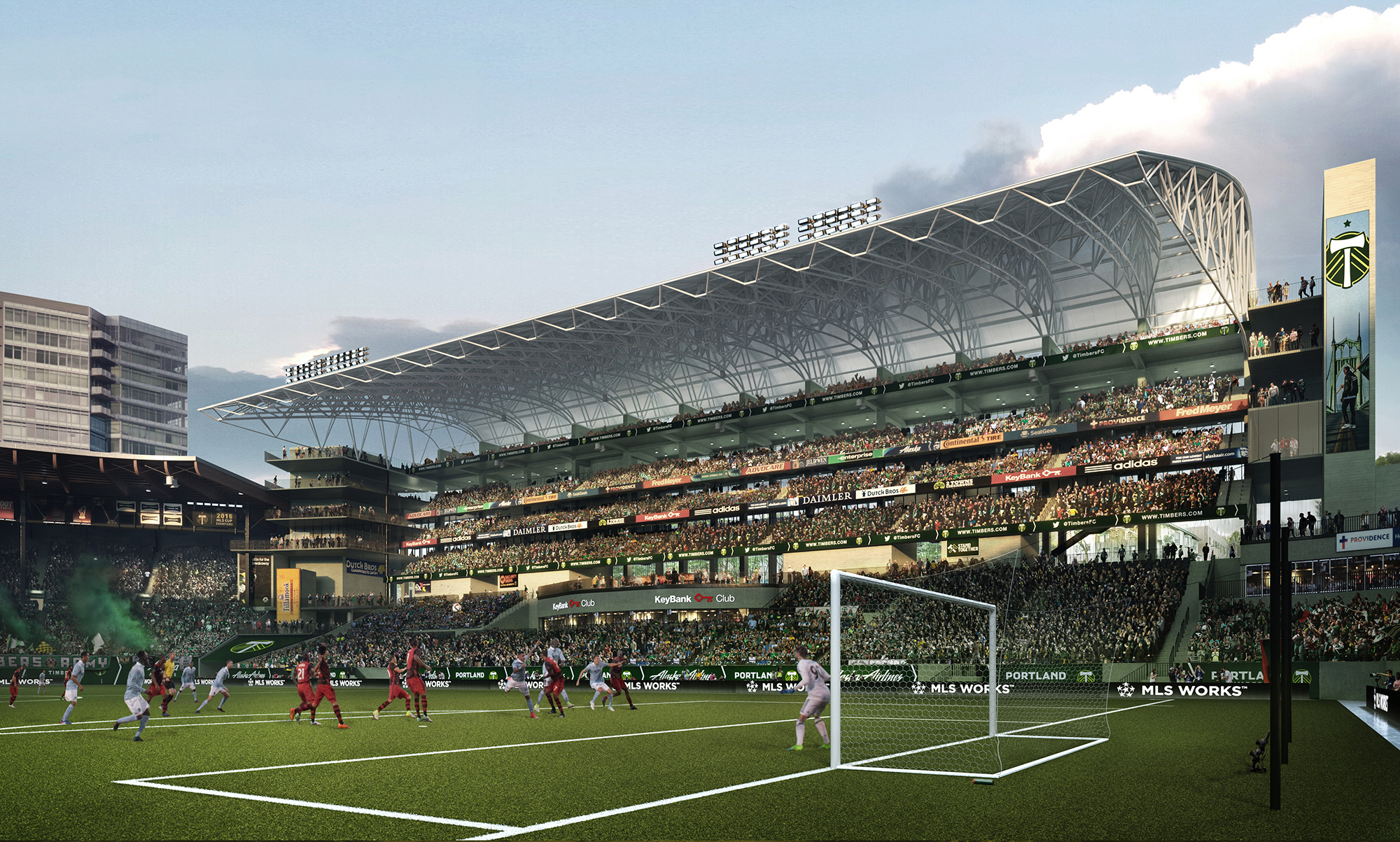 Also in today’s roundup, the Dash release 2017 alternate kit design and the U.S. U-17 WNT continue unbeaten streak in Europe. 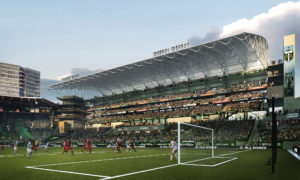 A rendering of the proposed expansion design for Providence Park (image by Brooklyn Digital Foundry, courtesy of Portland Thorns FC)

The Portland Timbers and Thorns FC organization unveiled a proposed plan to add 4,000 new seats to Providence Park in a $50 million-plus expansion. The project would be privately funded, costing the city and taxpayers nothing.

The proposed plan, created by Portland-based architecture firm Allied Works, features a 93-foot-high covered structure on the east side of the stadium that would include three new levels of reserved and group seating sections and a pedestrian-friendly colonnade street level along SW 18th Avenue. The vertical design of the east side was inspired by Shakespeare’s Globe Theatre in London and the La Bombonera stadium in Buenos Aires and is described as being “modern, yet historically influenced.”

Originally built in 1926, Providence Park has previously housed football games, dog races, concerts and other sporting events. It’s now primarily used as the home stadium for the Timbers and Thorns, but the current 21,144 seating capacity is not large enough to accommodate the increasing demand for Timbers tickets.

“Providence Park is one of the most special stadiums in sports,” Mike Golub, president of business for the Timbers and Thorns FC, said in a statement released by the Timbers. “With our proposed expansion, we will enhance the incomparable fan experience and intimacy and provide the opportunity for some of the more than 13,000 members of the waiting list to become season ticket holders.”

The Timbers/Thorns organization is still working with city and neighborhood associations on the specifics of the project, but if approved, the expansion project would take place over the course of two MLS offseasons. Construction would begin at the conclusion of either the 2017 or 2018 MLS season and be completed before the beginning of the 2019 or 2020 season. 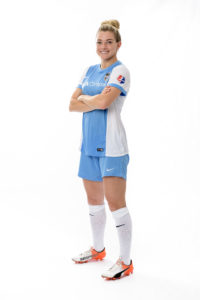 The Houston Dash released their 2017 alternate kit on Wednesday. The Nike kit features the team’s iconic Space City Blue in both the jersey and shorts, with white sleeves and sides on the jersey and white socks. The jersey uses the same BBVA Compass and BHP Billiton logos on the front and back of the jersey, same as with the orange home kits.

{NWSL: Run of Play: You want me to play where? | Gibbons relished underdog role}

Houston will debut the new kit this weekend in their away match against the Washington Spirit. The kit was designed to be worn on the road and to be a light contrast to the darker home kits worn by many teams in the NWSL. The Dash will wear the kit at least four times this season, and it will be available to purchase at Houston-area retailers.

If the kit looks familiar, it should. Sky Blue FC wore the same kit with blue socks back in 2014.

The U.S. U-17 women’s national team traveled to Europe to participate in the 2nd Tornea Femminile Della Nazion, the first competition of its new cycle. The tournament, which is played in 15 different venues in Italy and Slovenia, has featured boys’ competition for the past 14 years, but this is only the second year it has included women’s teams.

The U.S. is in Group B along with Slovenia, England and Mexico, and they opened tournament play on Tuesday against the host nation. In a game consisting of 35-minute halves, the U.S. drew Slovenia, 1-1.

The match remained scoreless until just four minutes into the second half, when Slovenia’s Marusa Cesnik headed in a corner kick. With approximately 12 minutes to spare, the U.S. leveled the score after Lia Godfrey was fouled inside the box, resulting in an American penalty kick. Jordan Caniff converted the penalty for her third goal in 11 U-17 caps.

On Wednesday the U.S. was back in action, defeating Mexico, 4-0, in Italy. Maya Doms scored a brace, while Kate Wiesner converted a penalty and Godfrey added a single to the goal total.