Run of Play: You Want Me to Play Where? 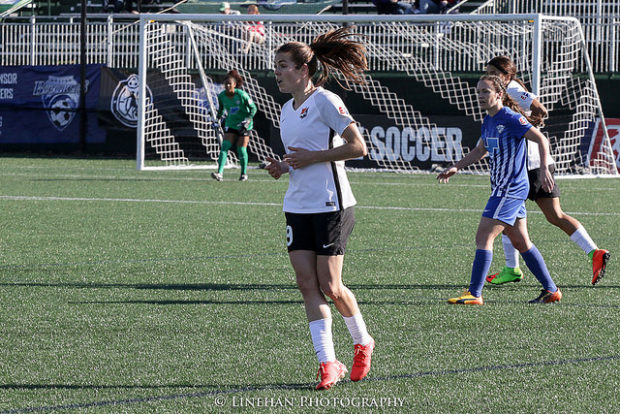 Versatility. It’s the latest buzzword in soccer, heard over and over in commentary. Now more than ever, players are expected to be jacks of all trades. A forward can be a fullback can be a central midfielder. And on the 20-person NWSL rosters, versatility is a very valuable asset indeed. A few injuries coupled with an international absence or two, and suddenly depth is an issue. So you need those players who can fill a variety of holes.

Let’s talk about Kelley O’Hara. A forward in college, the Hermann Trophy winner set the record for goals scored at Stanford (to be broken the next year by Christen Press). Although called up to the national team as such, it became apparent that she wasn’t going to break into the Alex Morgan-Abby Wambach-Amy Rodriguez-Lauren Cheney (at that time) group, and she was already on her way into being converted into an outside back when injuries propelled her into the starting lineup at that spot, where she helped the team win gold at the 2012 Olympics. O’Hara has since spent much of her time in the NWSL at the same position.

You probably can’t find a better example of versatility than O’Hara’s role on Sky Blue last Sunday against Boston. She began the game as a forward alongside Sam Kerr, shifted back into the midfield, and then, when Kayla Mills was subbed off, dropped further into the backline. Now, I would argue that was the wrong move for a team that was down by a goal and struggling to form quality chances, and judging by her on-field reaction, O’Hara agreed. But the point is, she is perfectly capable of playing at any of those spots in this league.

However, not all forwards have proven quite so adaptable.

Seattle’s Merritt Mathias was moved from forward to right back late last season and has continued to start in that position for both games this year. Though she contributes well to the attack and has the pace to return on defense, she has already given up two penalties in five games. It’s a poor rate within a short time span that one could argue has cost Seattle points. For other options, Laura Harvey now has Rebekah Stott on the bench, as well as Rachel Corsie, whose insertion could push Lauren Barnes out wide.

Forward Jamia Fields has lined up at right back for Orlando for the last two games, and it’s been an uphill battle. What makes this move particularly baffling is that Tom Sermanni has Ali Krieger, once known the best right back in the world, in central defense, while center backs Laura Alleway and Toni Pressley ride the bench. Unfortunately for Fields, she had to be subbed off late in the first half of last weekend’s game against Washington due to injury, shifting Krieger to outside back and subbing Alleway in her place. Despite the ill circumstances, the change in the game was almost instantaneously palpable on both sides of the field. Krieger was visibly more comfortable on defense and boosted the offense as well. While it may be unfair to compare someone brand new to the position with someone who has nearly a decade of international experience, the question remains as to why attempt the conversion in the first place. 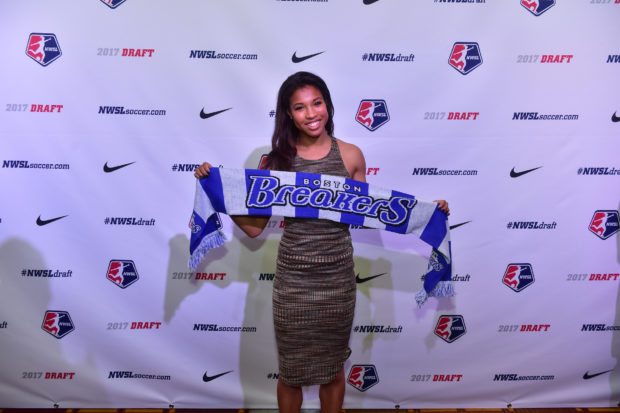 Margaret Purce was a goal-scoring machine at Harvard but made her NWSL debut in defense.

Rookie Margaret Purce, another forward, started the season at outside back in Boston’s first game and was immediately in over her head. To be fair, many would struggle against Sydney Leroux and Amy Rodriguez, and she certainly did. Fast forward one week, and Purce subbed in the second half as a striker. Right away, she juked Christie Pearce, of all people, and smacked a rocket off the crossbar, inches from doubling Boston’s lead. Boston’s backline was markedly better in the second game, proving that it helps to have actual defenders on defense. Julie King was still recovering from injury last week, so Purce was clearly not intended as a long-term defender, but it must be noted that even with a slew of draft picks, Matt Beard failed to build defensive depth and it shows.

Converting a player is always tricky. Instincts have been honed for years, and it’s rare that they are ever truly overcome. Even in a successful case such as O’Hara, you can still see her tendency to go for goal (which is not a bad trait in a defender, at the right time). That said, sometimes it’s a matter of necessity – after all, there are only so many players, and someone has to be there. It’s early in the season yet, and for the next few weeks we’ll continue to see coaches experiment and tweak. Hopefully (for the sake of the goalkeepers who are performing so well) the defensive conversions go more smoothly than they have thus far.