Amy Rodriguez out for season with torn ACL 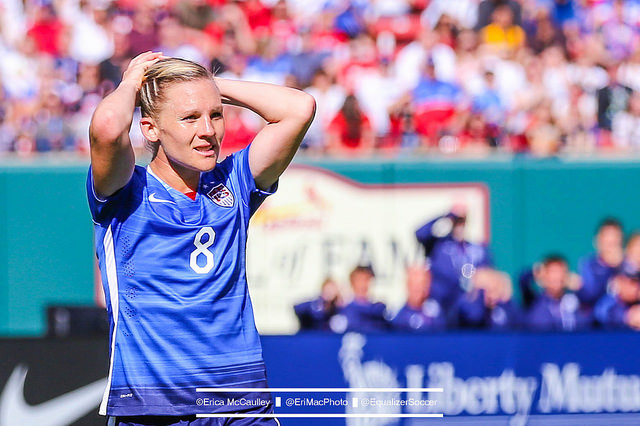 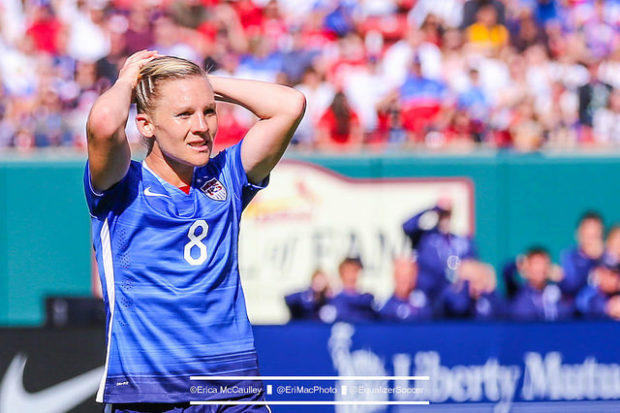 Amy Rodriguez tore her left ACL on Sunday, ending her 2017 NWSL season and comeback from pregnancy after a single match (Photo Copyright Erica McCaulley for The Equalizer)

FC Kansas City confirmed Tuesday afternoon that Amy Rodriguez has a torn left ACL and will miss the remainder of the season. The 30-year old World Cup and Olympic champion was injured without contact during Sunday’s season-opening win over the Boston Breakers. She had scored a goal a few minutes before getting injured in what was her first game for the club since the 2015 NWSL Championship. A-Rod, as she is affectionately known, sat out 2016 in order to have a second child.

“I’m heartbroken by this news, but I am thankful for all the support from my team, medical staff, family, friends and fans,” Rodriguez in a statement released by the club. The release also said Rodriguez plans to rehab and play in 2018.

I am heartbroken to announce that I tore my ACL and will soon undergo surgery. I plan to return back home and recover with my family. I couldn't be more thankful for the support of my coaches, teammates, medical staff, friends, family and fans. I know I have a long road ahead of me, but I'm already looking forward to lacing up my cleats again. I've made a comeback twice before, and I will do it again! Phillipians 4:13

Rodriguez has set an early standard for postseason performance in the early years of NWSL. In her only two full seasons–2014 and 2015–FC Kansas City won the NWSL Championship. She also sat out 2013, then with the Seattle Reignn on maternity leave and was traded to Kansas City for Kristie Mewis. In Rodriguez’s four playoff games she has scores 6 goals including all three FCKC goals in NWSL Championship play. The only other Blues player to hit the net during those playoff runs was Lauren Holiday.

“I’m extremely sorry for what happened to Amy,” Blues coach Vlatko Andonovski said. “She worked so hard to come back from pregnancy and looked better than ever before. It is unfortunate that she is not going to be able to play this season. We’ll miss her on the field, in the locker room, and in training. Her enthusiasm is contagious.”

Rodriguez is not the only player to exit Week 1 with a torn ACL. Joanna Lohman of the Spirit suffered the same injury.

The Kronick Report: Daly curves one into the mainstream
Tuesday Roundup: Jostling for Pugh begins