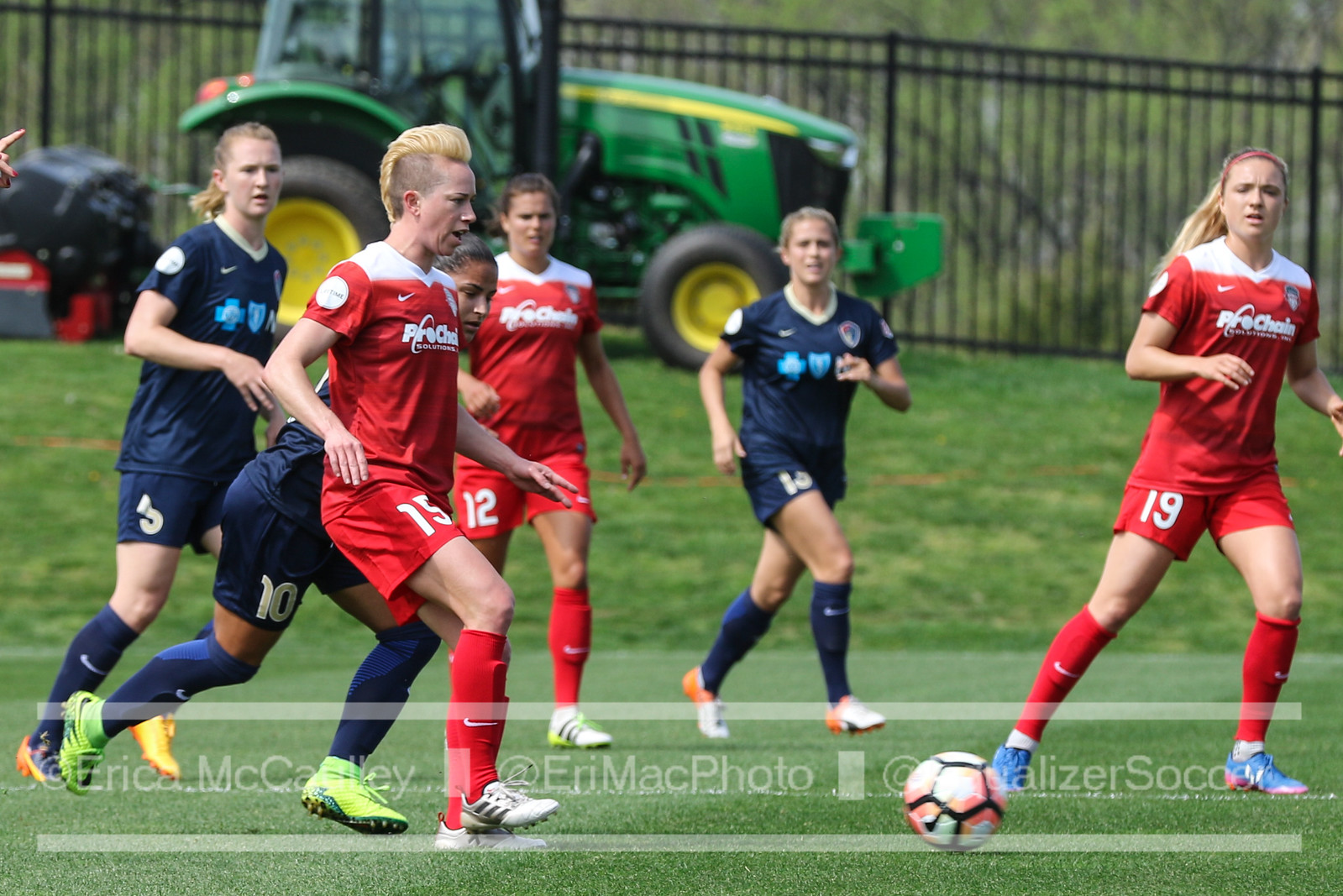 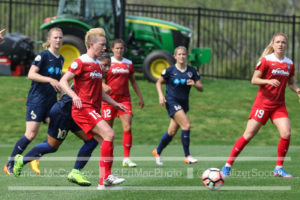 Washington Spirit midfielder Joanna Lohman took to social media today to confirm she suffered a torn left ACL during the Spirit’s home opener loss to the North Carolina Courage. Lohman was forced off the field in just the 22nd minute of the contest, and an MRI over the weekend confirmed it the was worst-case scenario for Lohman and the Spirit. With an estimated recovery time of six months given for most ACL tears, Lohman will be out for the remainder of the season.

In a statement to fans, Lohman said the she was “shattered” by the news and that “This team & [sic] everyone involved helps me in ways I can never fully express, so I’m most disappointed that I won’t be able to help our mission on the field.”

The Spirit will no doubt miss having Lohman on the field. She played in all 20 regular season matches for the Spirit last season, starting in 17 of them. Her bicycle-kick goal in the 3rd minute of last season’s opener notched the Spirit’s first win in its run to the NWSL Final. Although she started and played 70 minutes in the Spirit’s semifinal win over the Red Stars, Lohman would not take the field for the Spirit in the final, most likely the result of Head Coach Jim Gabarra having to use an early sub to replace Caprice Dydasco, who tore her ACL in the 19th minute. The Spirit would go on to lose NWSL Final to the Western New York Flash in penalties.

In other NWSL injury news, no reports regarding Lohman’s teammate Cheyna Williams, who was also subbed out in the first half of the Spirit’s season opener, has been released. News regarding Amy Rodriguez, who went down with a knee injury early in the second half of FC Kansas City’s home opener against Boston, is not expected today, but The Equalizer has been informed that Morgan Brian is currently questionable for Houston’s road match against the Seattle Reign next weekend. Brian was sidelined from Houston’s season opener with a knee injury suffered during the SheBelieves Cup.

Lohman’s full statement to fans is below.

My message to all of you. @WashSpirit, @nwsl, and every single person who has been a part of my amazing journey. We shall overcome!! ❤ pic.twitter.com/zJG13sfii0

Manchester City defeated Liverpool, 1-0, today to advance to their first ever SSE FA Women’s Cup Final. The game remained scoreless throughout the first half despite several solid attempts on goal for Man City by Melissa Lawley and Jill Scott in the opening half. The game-winning goal came in the 58th minute when Lawley fired off a shot from outside the 18 that took a bounce and eluded Liverpool goalkeeper Siobhan Chamberlain’s dive. It was Lawley’s first ever goal for the club.

USWNT midfielder Carli Lloyd was involved in the semifinal-winning play, but she could not find her way onto the scoresheet despite three solid attempts in the second half alone. Her best attempt came just minutes after Lawley’s goal when Lloyd collected the ball just inside the area, turned and blasted a shot, but Chamberlain was able to get in front of the ball and make the save. She followed that up with two more attempts, but the first sailed just high of the crossbar and the second went just wide of the near post.

In another part of England, Chelsea fell in dramatic fashion in their semifinal contest against Birmingham City, failing to reach the FA Cup Final for the first time in three years. The match remained scoreless for the first 65 minutes until Birmingham’s Meaghan Sargeant out-jumped the competition to head a corner kick past goalkeeper Frances Kitching, starting in place of Hedvig Lindahl who was out with a minor injury suffered in training. Chelsea cranked up the intensity and Crystal Dunn had a number of close calls on goal but never was able to finish. Chelsea managed to delay elimination just a little bit longer as Drew Spence curled a shot into the far corner for the late equalizer, sending the game into extra time.

Despite some near chances for both sides, defense won out and no goals were scored in extra time, and the match went to penalties. Chelsea’s first two kickers, Maren Mjelde and Hannah Blundell, both made their shots, as did Birmingham’s first two players up. Eniola Aluko saw her penalty hit the post and Millie Bright’s was saved by Ann-Katrin Berger, allowing Ellen White to send Birmingham into to the FA Cup Final.

With the win, Birmingham has now upset two teams to advance to the final, previously beating the reigning FA Cup winners Arsenal in the quarterfinal round. Man City and Birmingham City will compete in the FA Cup Final on May 13 at historic Wembley Stadium. 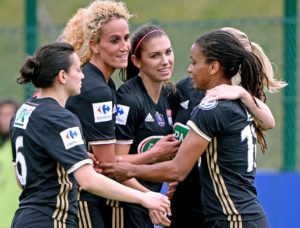 The blowout was not a surprise as Lyon is part of the Division 1 Féminine, the country’s top tier of professional soccer, while Hénin-Beaumont is a member of the lower Inter-Regional Division. However, Hénin-Beaumont did defeat the Division 1 club Soyaux, 1-0, in the quarterfinals to advance to yesterday’s semis.

With the win Morgan and Lyon advance to face Paris Saint-Germain, who defeated AS Saint-Étienne 4-1 on Sunday to advance, in the Coupe de France Final on May 20 at Stadium of the Rabine, Vannes. However, they will first face Morgan’s USWNT teammate Carli Lloyd and Manchester City Women in the UEFA Champions League semifinal tie on Saturday, April 22.

?? Some were saying they wanted to see the four goals Alex scored the semi of the #CoupedeFrance. Well… here yah go. #TeamOL pic.twitter.com/3CiWcjqhM1

U.S. Soccer Development Coach Jaime Frias has called in his 24-player squad for the U.S. U-18 women’s national team training camp, which kicked off on Saturday in San Diego and runs through April 23.

Point by Point: So how was your Week 1 go90 experience?
Mallory Pugh leaving UCLA for pro career