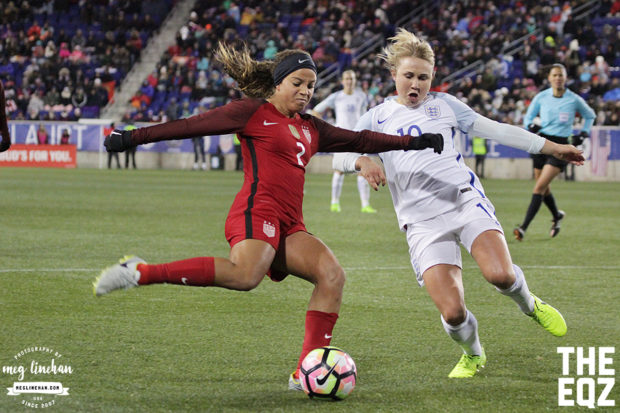 Mallory Pugh is leaving UCLA to pursue a professional career. The news was tweeted by SI’s Grant Wahl and confirmed a short while later by the UCLA Women’s Soccer account. Should Pugh elect to sign with U.S. Soccer and become a Federation Player in NWSL, the Washington Spirit hold the top spot in the distribution order and can claim her rights. But according to Wahl’s report, Pugh is not interested in playing in Washington and could wind up with one of the big French clubs instead. Soccer apparel companies Nike and Adidas are also said to be in the mix, according to Wahl. That could impact Pugh’s decision.

“This decision was certainly not easy for me to make,” Pugh said in a statement posted on the UCLA’s athletic department site. “UCLA is such a special place, and being a Bruin was an incredible thing. UCLA Soccer brought amazing things to my life, and chasing after a national championship with my friends and teammates would’ve been special, but I could not turn down this opportunity. I want to thank my teammates, coaches, UCLA Athletics, and everyone else for the support I have behind me. I may have been here for a short time, but UCLA will always have a special place in my heart, and I will always be a Bruin.”

Despite committing to UCLA in 2015, Pugh never played a regular season match as a Bruin. She deferred her freshman campaign last fall to play for the U.S. in the U-20 World Cup. Before that she went to the Olympics with the full team and became the youngest American woman ever to score an Olympic goal.

In 2016, Pugh nearly signed to play with the Portland Thorns who traded to the top of the distribution order, but after a late audible she elected to enroll at UCLA after all.

It was not immediately clear whether Pugh would be joining NWSL or pursuing opportunities overseas. If she does become a contracted U.S. player subsidized to NWSL, the Spirit can claim, trade, or pass on, her rights.

Monday Roundup: Lohman out with confirmed ACL tear
The Lowdown: No 3-5-2 in NWSL…yet