Week 1 Preview: The NWSL is Back

For the first time, NWSL fans can watch a game on TV every week. (graphic by NWSL)

We’re ba-ack! After what felt like the longest offseason ever (but don’t they all?), which saw blockbuster trades, groundbreaking signings, and an old team become new again, the fifth season of the NWSL is finally here, and on TV too! Whether you plan to tune in on Lifetime, check the Go90 app, or log into the NWSL website from overseas, we’ve got you covered each week with what’s coming up and who to watch. Scroll down to see how each team is shaking off the rust in Week 1. 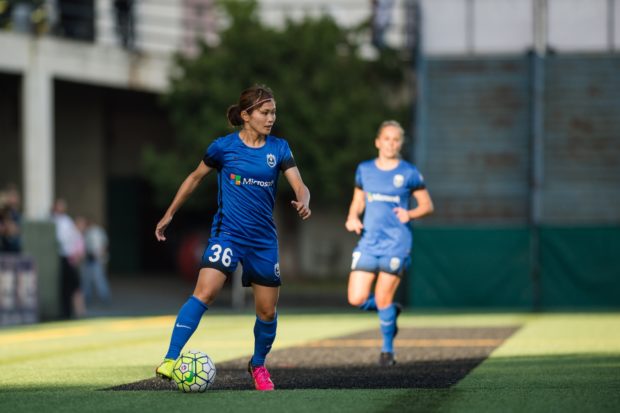 These teams started off the season with a surprising bang on opening weekend last year when Sky Blue handed Seattle its first ever loss at Memorial Stadium, and they maintained the excitement to the end of the season, when they raced for the last playoff spot only to fall just short of eventual champion Western New York. Seattle followed that with a rough offseason, losing two key midfielders in Kim Little and Keelin Winters, and one of their replacements when Diana Matheson injured her knee. The former Shield winners are still seeking their lost mojo, and Laura Harvey is doing what she does best in order to make that happen: signing internationals. New Zealander Rebekah Stott hopes to shore up last season’s shaky defense, while down the road a currently injured Larissa Crummer looks to bring scoring magic with her from Australia. Ultimately, look for Jess Fishlock to be the key cog in the Seattle machine, and she’ll start by trying to run circles around Sky Blue’s improved midfield.

Sky Blue has retained the core of last year’s young team, hoping to build on the experience gained. Of the players added, none are more important than Daphne Corboz. The attacking midfielder brings solid distribution to the field, allowing Raquel Rodriguez to play more of a box-to-box role. Along with Sarah Killion, the three may form one of the most dynamic midfields in the league. With “Ma” aka the ageless Christie Rampone still holding down the fort on the backline, and a healthy Sam Kerr up top, the Jersey ladies look primed for a playoff run. The speed of Kerr and Leah Galton should be useful against an uncertain Seattle defense.

The Japanese forward/midfielder brought a flicker to Seattle upon her return last year but it was a shadow of what she offered in 2014. Last year’s Reign looked listless at times, and it will take a spark to jump start what remains a talented side. At her best, Kawasumi creates chances and scores goals, and that’s exactly what the Reign need after the departure of Little.

Last year the oldest player in the league was one of its best. Rampone brings a steadiness to a young squad and remains a daunting barrier to even the best forwards. She knows every trick, every feint, and is still fast enough that it takes a lot more than quick feet to get past her. With rookie Kailen Sheridan likely to be in net behind her, look for Rampone to take charge with the leadership she honed captaining the USWNT to three gold medals and establish some needed consistency on the team. 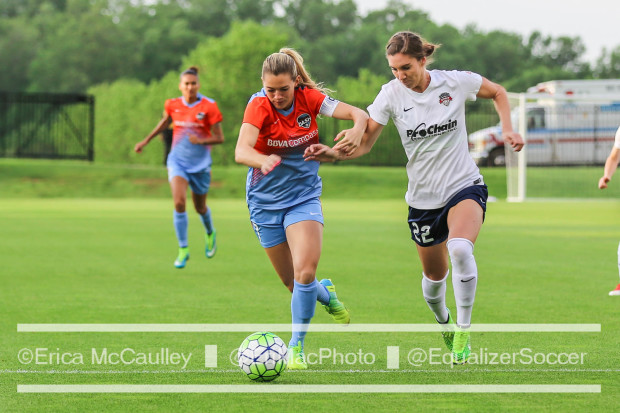 Can Kealia Ohai pick up where she left off? (photo copyright EriMac Photo for The Equalizer)

Chicago has made it clear their eye is on the ultimate prize this season, and that road begins on game one. They got off to a rocky start in Houston last year (although fortunes were quickly reversed), and they want nothing more than to open the season with a definitive statement. Houston, well, Houston just wants to win. After another disappointing season with the playoffs out of reach for the third straight year, they’re on the hot seat to live up to their talent.

The new Dash pairing in central defense of Bruna Benites and Janine Van Wyk won’t face many challenges more difficult than shutting down Christen Press, who nearly scores at will in this league. With the attention on her, this would be a good time for Stephanie McCaffrey and Sofia Huerta (and Rory Dames) to prove that Chicago’s attack doesn’t center around Press, something that has held them back in past seasons. On the opposite end, the speed of Kealia Ohai on the flank should prove an exciting matchup against Arin Gilliland’s 1v1 skill, as well as giving Ohai her first opportunity to demonstrate the consistency she’s lacked. 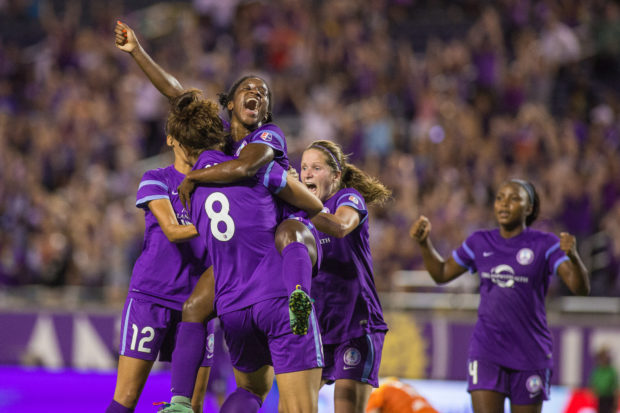 No Marta, no Tobin Heath. Each team without a star, although Orlando’s has yet to take the pitch in purple, and Portland’s was one of their 2016 MVPs. That aside, Portland returns much of the same from last year’s Shield winners, looking not only to repeat that feat but to claim a championship as well. Their star-studded starting lineup is as formidable on the field as on paper, and the always-devoted Thorns fans help make Providence Park a tough ninety minutes for any visiting team. Orlando has a slightly new look, but chemistry is yet unknown, and in the absence of both Marta and Alex Morgan, it’s still a question as to who leads the offense.

However, all eyes should be on the defenses. Portland boasted the least number of goals conceded last year, albeit with the now-departed Michelle Betos in goal, and was widely considered the best defense in the league. With international-caliber defenders across the board, not to mention reigning Goalkeeper of the Year Ashlyn Harris, Orlando is poised to take the title but needs to prove it on the pitch. Portland scored late in the game to win both matchups last year, so Orlando is likely looking for a little revenge. 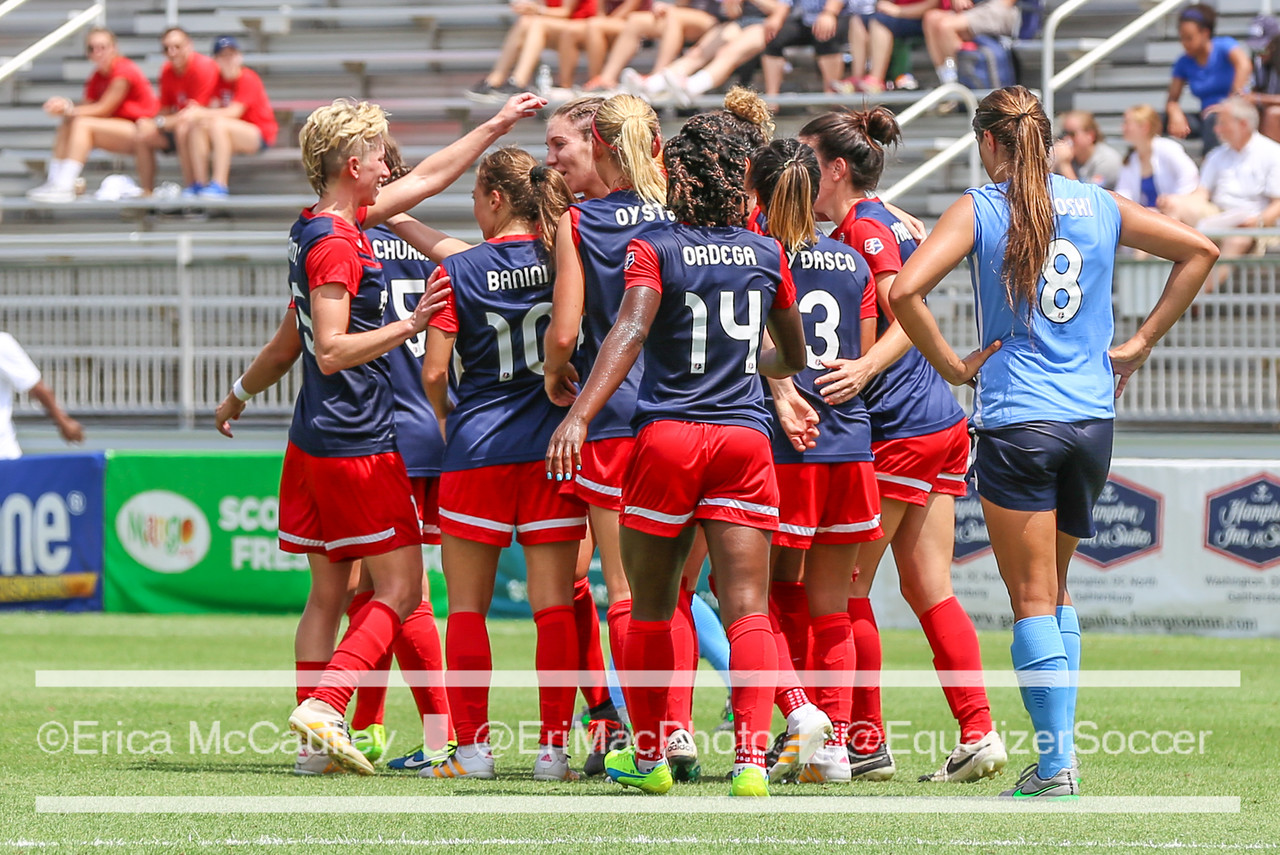 The new-look Washington Spirit want to make a statement. (Photo Copyright Erica McCaulley for The Equalizer)

In a different world, this would be an eagerly anticipated rematch of the thrilling 2016 NWSL final. That’s not to say this game isn’t eagerly anticipated nor that it won’t be thrilling in its own right. However, both teams are exploring new identities, and that changes the tone of the game. The Western New York Flash are no more, having moved south and rebranded as the North Carolina Courage. The Washington Spirit has undergone significant roster overhaul due to trades, departures, and injuries.

That said, the game is still on. The Courage (without Paul Riley) should come out with more of the fast-paced, transitional attack that scored so many goals last season, putting Tori Huster to work at holding mid. Gabarra’s side rolled out in a three-back formation in the final to clog the attack and force it central, and until a stoppage-time set piece, it was largely successful. Unless he has something similar up his sleeve (while compensating for the loss of Ali Krieger, who was instrumental in that game), the speed of Lynn Williams and her chemistry with Jess McDonald may prove deadly once again. 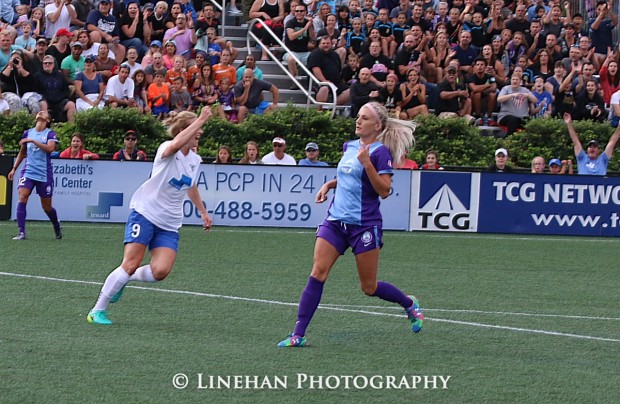 The old versus the new. The two-time champs looking to make a comeback versus the perennial down-on-their-luck side. Returning favorites versus new faces. Established veterans versus up and comers. The contrasts between FCKC and Boston come quick and easy. FCKC is essentially the same, steady team it’s always been, and with the return of Amy Rodriguez and the belated debut of Sydney Leroux, last year’s goal drought should finally be over. Boston, on the other hand, is rebuilding once again, and with a slew of new players, their identity remains to be determined.

FCKC faces its biggest challenge in midfield, where it has yet to replace the play making ability of Lauren Holiday and is also now without the tireless engine of Heather O’Reilly. Nicole Barnhart keeps the defense as solid as ever, and the attack is back, but question marks remain in the center of the pitch. For Boston, everything has an element of the unknown. If Abby Smith returns to her previous form, if the defense can tighten up, if a leader emerges … if many things fall into place, Boston could contend. One thing, however, is very clear: Rose Lavelle will be in the driver’s seat.