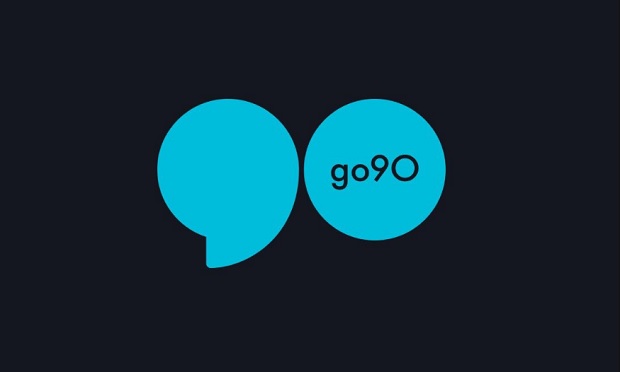 On Tuesday night, after Dan Lauletta tweeted that Verizon may be involved in the live streaming of NWSL matches this season, I went to the Verizon go90 app on my phone and searched for NWSL. Sure enough, there were three of this weekend’s season openers listed in the results. I was already vaguely familiar with the go90 app since I’d used it to stream the FC Barcelona-Real Madrid match to my phone a few months ago, but until Tuesday night, that was the extent of my experience with it. After screenshotting the evidence in the case of deletion (which, of course, happened soon thereafter) and posting it on social media, I began exploring the app, reading the FAQ’s listed on its website and communicating with my newest Twitter follower, the go90help bot.

Then in Wednesday’s media call, Amanda Duffy, the league’s managing director of operations, said that the league was aware of the tweets regarding go90 (hehe) and neither confirmed nor, more importantly, denied that it would be the league’s new streaming platform. So when the NWSL formally announced today that all non-televised matches would be streamed on go90, I was not surprised.

Many fans, though, were, especially those who not around for Tuesday night’s discovery. They took to social media to voice their concerns, frustrations and outright disdain for the decision. Some have gone so far as to say they will only be tuning into the Lifetime Game of the Week broadcasts, if even those matches. Although some of the criticism could be attributed to the notion that many people simply don’t like change and, after four seasons of watching games on YouTube, fans had grown comfortable in that routine, in reality, the cause for concern is much deeper than that.

After having a couple days to fully explore the app and its website, here’s three reasons why I think the NWSL has completely missed the mark with go90.

When the NWSL and A+E held the joint press conference announcing the new broadcast deal, one of the biggest takeaways from fans was the news that the games not aired on Lifetime would be streamed “in high definition with a consistent, state-of-the-art approach that will include exclusive new and original digital content for pre-game, halftime and post-game segments.” Gone were the days of streams so blurry it was impossible to distinguish one white- or blue-clad blur from another. No more would fans have to mute their streams to avoid being subjected to blaring sound effects that continued to play on an endless loop throughout the game. To many people, it sounded like a much-needed improvement.

However, what fans didn’t realize was that, in order to have higher quality and more professional streams, the league would be reducing the accessibility of those streams. Instead of being able turn on any smart TV, wi-fi-connected Blu-ray player or gaming console, internet media device, or computer and simply opening YouTube, NWSL fans would now have to rely solely on the go90 app for the vast majority of the league’s matches, an app that is not currently available on the same devices that YouTube has been available on for years. You can’t even go to the app’s homepage to watch games since no live content is currently streamed on the website (and if it is, I can’t find it).

At that previously mentioned press conference, representatives from both organizations touted the fact that Lifetime was already in over 80% of American households. If one of the reasons why the league partnered with A+E was because of the millions of homes that currently had Lifetime, why would they stray from YouTube, a streaming platform that has the same, or greater, reach? Instead, the league has greatly limited the accessibility of the majority of its games and, in doing so, has alienated a large percentage of its fan base.

It’s still free, but at what cost?

As previously mentioned, online matches will only be streamable via the go90 app, which is limited to mobile devices. That means that, while the streams will be available in high definition at no cost, many viewers will have to either be connected to wi-fi or dip into their data plans to watch the games. (Verizon users will not be charged data for using the go90 app, even when not connected to wi-fi.) While some cell phone providers now offer unlimited data plans, heavy fees can be applied once users go over a certain data limit. This could make watching NWSL games extremely expensive for non-Verizon users.

Not only that, but in order to cast the games from a mobile device to a TV, viewers will have to purchase either a Chromecast or Apple TV device. The cheapest version of the Chromecast runs about $35 on average, while the cheapest Apple TV costs about $130 at most big box stores. So fans will either be limited to watching NWSL on smaller screens or forced to shell out money so they can watch it on their TVs. In a league where some teams struggle to get fans to pay $20 to watch a game in person, it’s unreasonable to expect them to pay $35-$120 to watch it at home, even if for an entire season.

When it was discovered that this weekend’s NWSL matches were listed on the go90 app, international fans panicked since go90 is only available in the U.S. How would they watch some of their most-beloved players when they don’t have access to go90? Didn’t the league promise that international fans would still have access to free, non-geoblocked streams of live NWSL matches?

No offense to international fans, but how on earth does it make sense that a fan in Copenhagen, Denmark will have an easier time watching the American professional women’s soccer league than a fan sitting at home in Chattanooga, Tennessee? When a fan in Boston can’t get tickets to a sold-out match and has no way to tune in at home while a fan in Sydney doesn’t miss a minute, how is that going to truly create a larger fan base in your market?

You can’t grow the game when your fans can’t even watch the game.