NWSL matches look to be headed to Verizon go90 app 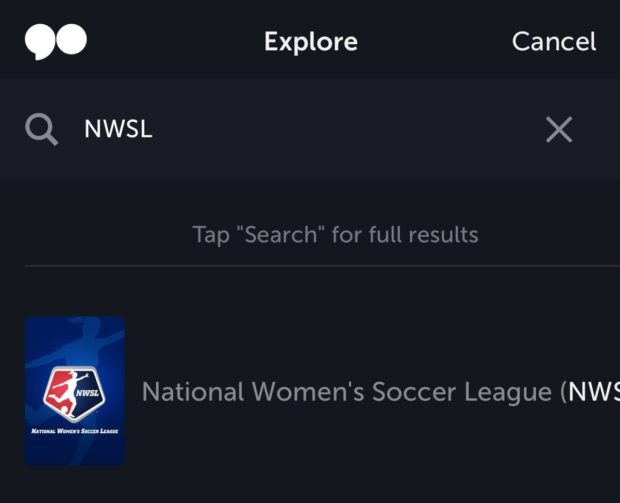 An NWSL option appears on Verizon’s go90 app whose logo appears in the upper left corner. The NWSL logo was grayed out late Tuesday night.

NWSL matches are schedule to stream on Verizon’s go90 app according to a schedule posted on the app and multiple tweet replies from the go90 Help account. NWSL has yet to make an announcement about how matches will be streamed even though the league’s fifth season kicks off Saturday afternoon. All signs of NWSL were removed from the go90 app less than two hours after The Equalizer’s Allison Lee unleashed the most definitive sign yet via Twitter.

CONFIRMED: Three of this weekend's #NWSL matches are listed on the @go90 app. pic.twitter.com/xoi6FoPMqz

The news sent women’s soccer Twitter alight as fans scrambled to unlock details and detect limitations. According to the support page on verizonwireless.com, the go90 app and its content are free with the added bonus that Verizon Wireless customers can stream content without tapping into their monthly data plan.

The app is not available outside the United States.

The help account, which appears to be automated, for the go90 app responded to several tweets late Tuesday night indicating that NWSL is indeed in its plans. The tweet below and several others were deleted as of Wednesday morning. 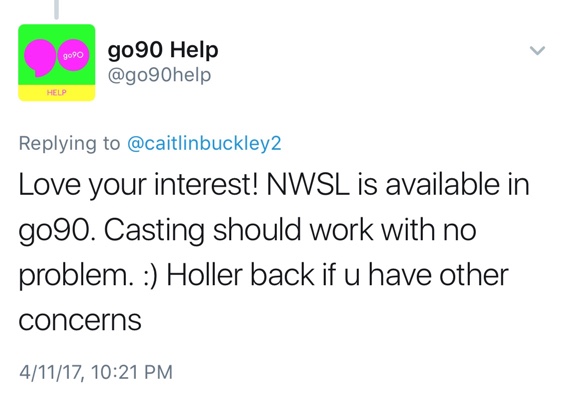 NWSL has a conference call scheduled for Wednesday afternoon. Managing director Amanda Duffy is expected to be on the call. The first match is Saturday at 2 p.m. EDT.