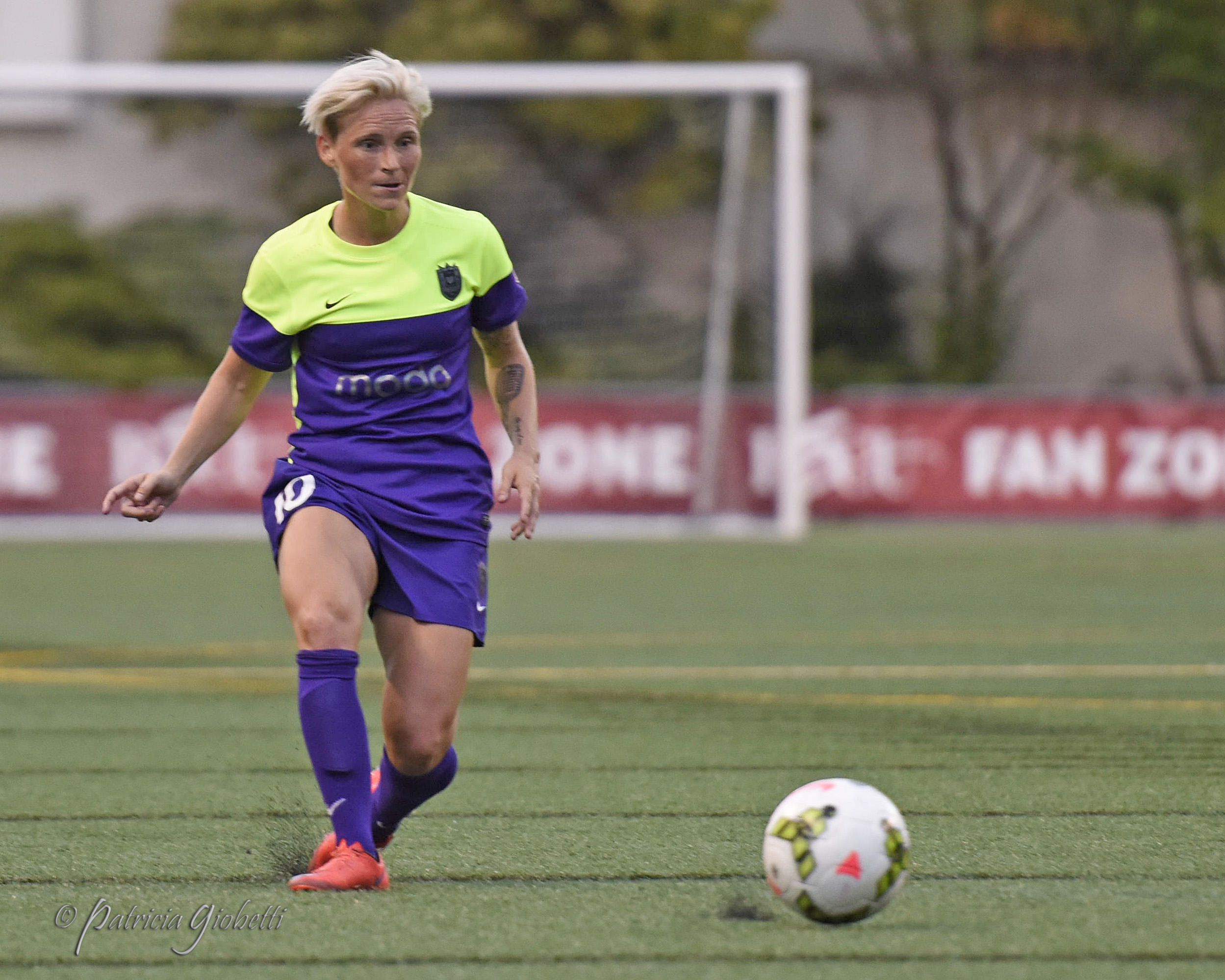 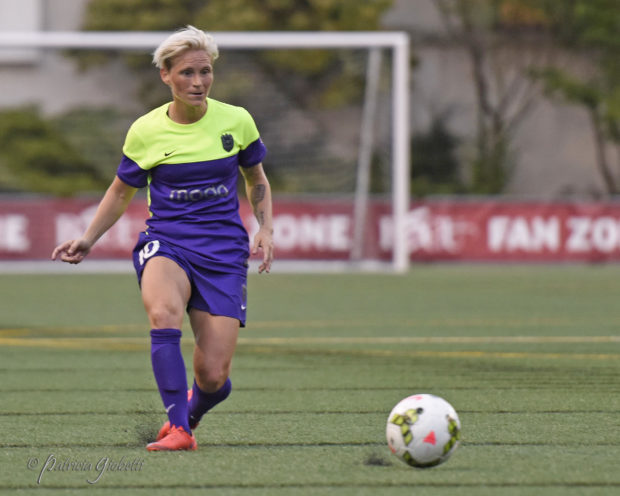 Today, Jess Fishlock became the first Welsh player, male or female, to make 100 appearances for her nation. The Wales women’s national team faced off against Northern Ireland in the first of a two-game series of international friendlies. Before the match, presentations began to honor international appearance milestones for Angharad James (50 caps) and Fishlock (100 caps). The Welsh side secured the victory by a score of 3-1, and Fishlock netted a goal for herself on a day set to honor her achievement.

Scoring kicked off in the ninth minute when Georgia Evans capitalized on a volley to put Wales up 1-0. At the 30-minute mark, Northern Ireland was awarded a PK off a Welsh hand ball, and Rachel Furness buried it to tie up the game. Right before half time, Fishlock drilled a volley into the back of the net to give Wales a 2-1 lead going into the half. Two minutes after the break Wales was at it again, and Natasha Harding finished a header to the near post off a Nadia Lawrence cross to give Wales the 3-1 lead that they took through the end of 90 minutes.

{ALSO TODAY: USWNT, US Soccer agree to new CBA through 2021}

Next up for Fishlock and Wales will be the group stage draw for the 2019 FIFA Women’s World Cup European qualifiers scheduled to take place on April 25. She hopes to lead her country to its first major international tournament. “I’ve had girls come up to me and say I’m their inspiration,” she told The Guardian. “To have a positive impact on the next generation of female footballers is amazing,”

Fishlock was busy during the NWSL off-season this past year. Most recently, the Seattle Reign FC midfielder played for (and managed) Melbourne City during their run to capture the Westfield W League title in February.

Reign defeat UCLA in first preseason match of the year 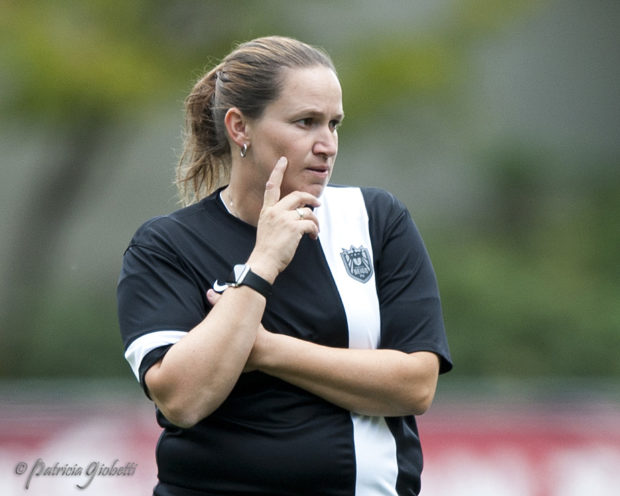 Yesterday, the Seattle Reign FC took a 3-2 win over UCLA in their first preseason game of the year. Goals courtesy of Nahomi Kawasumi, Kiersten Dallstream and Christine Nairn secured the victory for the Reign in their first ever match against the Bruins.

“Great game, great occasion,” said Laura Harvey, Reign FC head coach, according to the official release. “Good to test ourselves against a high quality team. Lots for us to work on, but a lot of positives to take out of it.”

{Seattle Reign FC season preview: “This is my club”}

Kawasumi kicked off scoring for the Reign in the 15th minute as she slotted home a free kick from just outside the 18 past UCLA goalkeeper Teagan Micah. Nineteen minutes later, UCLA was able to tie it up when Anita Rodriguez beat Haley Kopmeyer in a one-on-one scenario and found the back of the net for her side.

The 1-1 tie that came out of halftime was broken when UCLA took the lead in the 59th minute as Sunny Dunphy capitalized on a missed clearance by the Seattle defense. Kiersten Dallstream fired a shot into the back of the net in the 66th minute to bring Seattle back into the game, now tied 2-2. It was not until the last five minutes that Seattle was able to lock in the victory. Christine Nairn stepped up to take a free kick and slotted it into the back of the new to give Seattle the 3-2 advantage after 90 minutes.

Four players for Seattle made their debut last night for the club: defender and New Zealand international Rebekah Stott, forward and Mexican international Veronica Perez and rookies Katie Johnson (USC) and Kristen McNabb (UVA), both of whom recently signed pro contracts with the team.

Reign FC will take on the University of Washington on Saturday in their final preseason test at 7pm PT at Husky Soccer Stadium. Seattle will open the 2017 NWLS regular season against Sky Blue on Saturday, April 15 at Memorial Stadium.

A legislative measure known as Proposition 2 was voted down in St. Louis on Tuesday, essentially ending the city’s bid to win a Major League Soccer expansion franchise later this year. The impact will have a trickle-down affect on NWSL. SC STL, the group in charge of the MLS bid, recently met with U.S. Soccer to discuss the possibility of an NWSL expansion club. That bid, though, was dependent on getting stadium funding and an MLS franchise for the city that lost its NFL team last year.

Painful and disappointing result for STL & our awesome supporters…but what an incredible effort by everyone involved! Thank you!! pic.twitter.com/S2dFy5aswN

Proposition 2 was the second of two measures required to send plans forward for a St. Louis soccer stadium. The first, Proposition 1, passed. It was Proposition 1 that called for a .5% increase in sales tax. Proposition 2, which would have steered some of that money to the stadium, did not.

St. Louis is not the first city to see a potential NWSL bid fall by the wayside due to stadium-related legislation. In 2015 a bill failed in Indianapolis that would have seen Indy Eleven’s stadium upgraded and pushed forward a bid to land an NWSL club. Indy Eleven is back in the mix for an MLS team, but the ownership group has changed and there have not been any public mentions about NWSL. 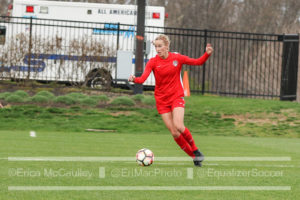 Cameron Castleberry signed a contract with the Washington Spirit ahead of her rookie season. (photo copyright EriMac Photo for The Equalizer)

Arielle Ship, the No.21 overall draft pick in the 2017 NWSL College Draft, was originally selected by the Seattle Reign and later acquired by the Spirit via trade in late January. The University of California at Berkeley alum finished her college career with 29 goals, putting her at seventh on the list for total goals in program history. She spent time within the U.S. national team pool at the U-17 level previously.

UNC alum Cameron Castleberry was selected by the Spirit with the No.36 overall pick during the draft. At the international level, the 22-year old midfielder has spent time with multiple national team rosters, but most recently with the U.S. U-20 women’s national team.

“Ari and Cam have both performed very well in preseason thus far. They are very willing to learn and are getting acclimated to our style of play, as well as the demands of the NWSL,” said head coach Jim Gabarra in the club’s official release. “We look forward to investing in and supporting their development and growth as players and people.”

The Spirit open up NWSL play at home on Saturday, April 15 where they will take on the North Carolina Courage in a re-match of last year’s 2016 NWSL Championship.

Glasgow City FC, the most successful club in Scotland, released a new purple and white kit that sheds light on the lack of media coverage for women’s sports in the UK. That message features the words “You can’t be what you can’t see” on the back of the jersey.

Laura Montgomery, club manager, said “Quite simply you can’t be what you can’t see without visible role models,” in a 2014 TedX Talk. The thinking behind the message on the jersey was that the media does not do a good enough job of showing active, healthy females who work hard to achieve their dreams. She also said that female athletes are too often consigned to media lifestyle sections. To further highlight the lack of women’s soccer, or even women’s sports coverage in the UK, the club pointed to Women In Sport statistic that stated that women’s sports makes up only 7% of all sports media coverage in the UK.

The club hopes to draw attention to the lack of media coverage for women’s sport by now wearing the message on their backs when they step onto the field.

Boston’s pre-season match up against UConn, originally scheduled to take place on April 1, was first cancelled due to weather but has now been re-scheduled for Friday at 7:30 p.m. ET at Jordan Field. Due to weather, the Chicago Red Stars re-scheduled their preseason game against Notre Dame, originally set for tomorrow, to Friday at 5 p.m. CT at Toyota Park. It will now be a closed-door match.

Red Stars reflect on productive winter in Australia
The Lowdown: Milestones and statistics for the 2017 NWSL season