USWNT, US Soccer agree to new CBA through 2021 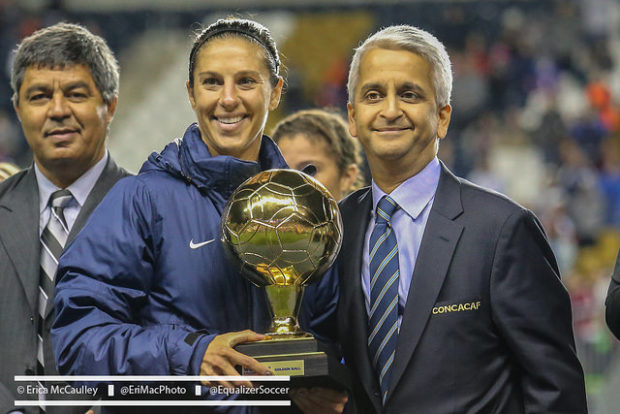 U.S. Soccer and the USWNT are working partners again. The new collective bargaining agreement runs through 2021. (Photo Copyright Erica McCaulley for The Equalizer)

U.S. Soccer and the USWNT Players Association announced Wednesday that they have come to an agreement on a five-year collective bargaining agreement (CBA) that will run through 2021. The agreement calls for an improvement of NWSL standards as well as a commitment by the players to play in the league.

A joint statement by the federation and the players reads as follows:

We are pleased to announce that the U.S. Soccer and the U.S Women’s National Team Players Association have ratified a new collective bargaining agreement which will continue to build the women¹s program in the U.S, grow the game of soccer worldwide, and improve the professional lives of players on and off the field. We are proud of the hard work and commitment to thoughtful dialogue reflected through this process, and look forward to strengthening our partnership moving forward.

The new CBA ends a years-long battle between the sides during which the players staged a public campaign to receive “equal play for equal play,” in comparison to the U.S. men. The impasse often included the players saying all options were on the table up to and including a boycott of last summer’s Olympic Games, but neither side ever started a 60-day clock that would have needed to run out before a work stoppage could begin.

The fine details are still being discovered, but both sides struck a positive tone about the agreement and the process.

“We believe this is another important step to continue our longstanding efforts to drive the growth of women’s soccer in the United States,” Sunil Gulati, president of US Soccer, said. “This agreement helps to ensure the strength of the Women’s national team, provide stability and growth potential for the National Women’s Soccer League, and over time strengthen the elite player development process at the grassroots level. We believe our continued partnership will ensure a bright future for our sport for years to come.”

Said longtime USWNT player Megan Rapinoe: “I am incredibly proud of this team and the commitment we have shown through this entire process. While I think there is still much progress to be made for us and for women more broadly, I think the WNTPA should be very proud of this deal and and feel empowered moving forward.”