Lee: How the Red Stars won the NWSL off-season 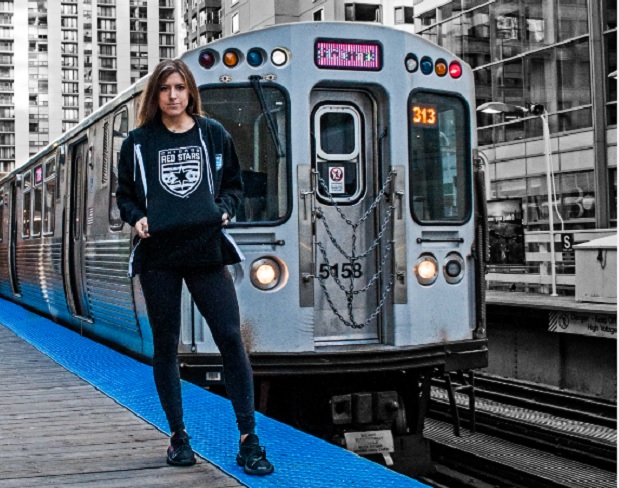 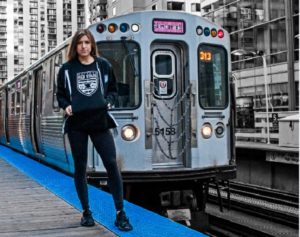 In an off-season marred by hasty team relocations, player exits, questionable trades and controversy, one team has emerged as the clear off-season winner: the Chicago Red Stars.

It was relatively quiet out of Chicago for the first half off the off-season, but only in America. On the other side of the world, the Red Stars were making quite a ruckus as eight of their players were Down Under playing in the Westfield W-League.

“A lot of us who are returning this year went to Australia, so eight of us didn’t even have an off season,” Sofia Huerta, who played for the W-League’s Adelaide United, said, “so that just shows how hard we’ve been working as a team.”

Huerta, Danielle Colaprico, Vanessa DiBernardo, Arin Gilliland, Jen Hoy, Samantha Johnson, Alyssa Mautz and Katie Naughton–a core group of the Red Stars–all played in the W-League during the NWSL off-season. They were even represented in the league’s Grand Final by DiBernardo and Mautz, both of whom were essential in Perth Glory getting to their second-ever Grand Final. That experience will only be beneficial for Chicago since those players now have more training and competition under their belts coming into the 2017 season.

While Huerta and the rest were in Australia, head coach Rory Dames was back in Chicago preparing for the 2017 NWSL College Draft. Although Chicago had no first-round picks, they did have the first two picks of the second round, and with those Dames selected Michele Vasconcelos of BYU and Morgan Proffitt of Marquette. He also selected UCLA’s Lauren Kaskie late in the fourth round. At the draft he said: “I wouldn’t be surprised if we get the Rookie of the Year again, that’s how highly I rate [Vasconcelos and Proffitt].”

The Red Stars’ draft class does have a lot of potential, with Vasconcelos having won West Coast Conference Player of the Year honors and Proffitt being named the Big East Defender of the Year in 2016.

“Rory has done a good job in seeking out the best college players and giving them our draft picks,” Huerta said about the newest Red Stars. “They’re great draft picks, they’re great selections, and that shows how hard our office has been working in the off-season.”

The only “negative” for the Red Stars all off-season was the news that Vasconcelos will be unavailable for them this season, although it’s for a very good reason: she is currently expecting her first child with her husband, Pedro. However, it does sound as though both Vasconcelos and the Red Stars expect her to play for the club starting in 2018.

The highlight of the Red Stars off-season, though, didn’t come until February when they underwent a rebranding. First the team released a sleek, modern version of their previous crest, a holdover from the team’s WPS days. The new crest’s more traditional shape and straight lines are easier on the eyes, while the emphasis on “Red Stars” helps focus on the team’s brand.

The team also released a brand new logo with the updated crest, a partial outline of the crest’s interior to form a C shape with one large red star in the middle, a nod to other Chicago sports teams logos.

This is Chicago.
This is My Kind of Town.#MKOT pic.twitter.com/v7BvZUO615

“This branding kicks off a new era for our franchise as we aim to create a more city based look to honor everything that Chicago represents,” Red Stars owner Arnim Whisler said in a team statement when the new crest and logo were revealed.

“I think the new logo is great and I think it’s really important and significant to what we’re trying to do here,” Huerta said, “especially after our last two seasons and how well we’ve done. We only believe  that we’re going to do better this year, so I thought it was the perfect time to integrate this new logo.

Being more involved with Chicago is the exact notion that the Red Stars embraced by launching the #MKOT, or My Kind of Town, ad campaign, for which Huerta was one of the first players featured. The campaign uses the title of the Frank Sinatra song as its slogan to city pride and features images of the players in various identifiable spots around Chicago.

“We have a lot of girls on our team who are from Chicago so they can say more easily, ‘Yeah I’m from Chicago, I love Chicago,’ but the girls who aren’t from here, this is where we are now,” Huerta, an Idaho native, said. “That’s why I feel like it’s important for that slogan to be our slogan and that hashtag to be our hashtag because we’re all here now and for the seven months that we’re here with the team, Chicago is our home whether or not you’re from here.”

Arguably the best part of the #MKOT campaign is that it features stars of the Red Stars versus stars of the U.S. women’s national team. While the likes of Christen Press, Julie Johnston and Alyssa Naeher would no doubt draw attention, one thing more teams in the NWSL need to do is market the entire team, and the #MKOT campaign does just that. Casey Short–who has only recently made a name for herself with the USWNT–Huerta, Colaprico and Gilliland have all been featured in promos for the campaign. 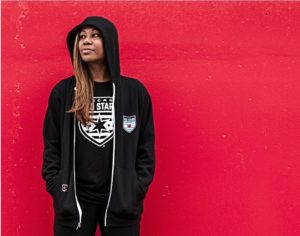 Not only that, but the first two players featured in the campaign, Short and Huerta, are women of color, promoting a diversity that is not often found in women’s professional soccer these days. Chicago is a city known for its diversity, and celebrating the diversity of the city, the team and its fan base is extremely important.

The team also capitalized on the excitement of the rebranding by launching a new merchandise line that featured the new crest, new logo and new hashtag. Fans excited about the rebrand could immediately purchase items to wear that featured the team’s new look, which was a smart marketing move. The team has continuously released new items in this merch line, including beanies and snapbacks, the latter of which has been in high demand by NWSL fans recently. The snapbacks were even released sooner than originally planned due to high demand and interest from fans.

The team is not only listening to its fans but engaging them as well. As part of the #MKOT campaign, the team held a scarf design contest where fans could enter their original scarf designs using the #MKOT slogan, new crest and new logo. The team then picked eight designs for fans to vote for their favorites and ended up picking the three most-voted designs to be produced and available for fans to purchase throughout the 2017 season.

All in all, the Red Stars can definitely mark a W next to this off-season. If the team can continue to channel that success throughout the regular season, there’s no reason why fans won’t see them in that ever-elusive NWSL Championship.